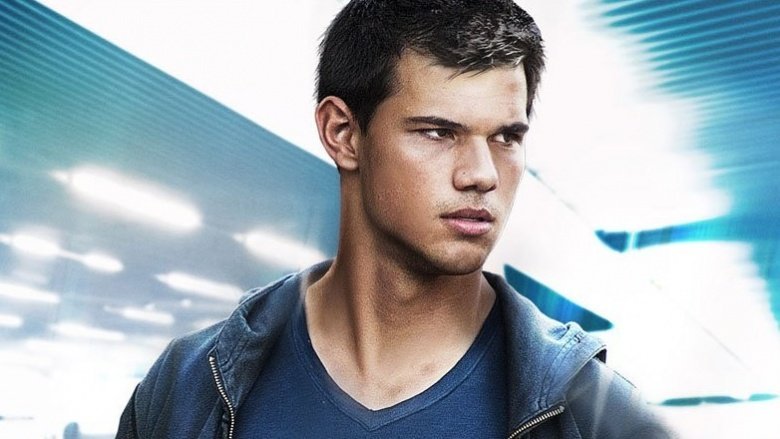 Taylor Lautner is an American actor, model, and a martial artist who came to fame for playing the role of Jacob Black in the Twilight saga. Lautner appeared in all the 5 movies of the series after it was adapted from the novels from Stephenie Meyer. Apart from his role in the movie, Taylor is ranked amongst the 50 sexiest men in Hollywood and is a favorite among ladies.

Taylor first rose into prominence as a child actor when he appeared on The Adventures of Sharkboy and Lavagirl in 2005. Whilst this movie failed to do anything significant in the box office, Taylor was able to establish himself as one of the up and coming names in the industry. Let us now get to know a bit more about him.

Taylor Lautner was born on the 11th of February, 1992, in Grand Rapids, Michigan. He is evidently of American nationality and belongs to German, French, Native American and Dutch ethnicity. Lautner was born to mother Deborah and father Daniel Lautner. He also has a younger sister Makena with whom he was pretty close.

Taylor had a passion for martial arts from a very young age. He took karate lessons when he was only 6 and just after a couple of years, he was able to secure a black belt for himself. For education, Taylor went to a public school in Valencia where he played sports like football and baseball.

Next Taylor moved to Los Angeles to pursue a career in the entertainment industry. Whilst it was not the easiest of starts, he was able to land himself appearances in a number of commercials. You might also have seen the young Taylor on the 2001 film, “Shadow Fury”. Then came his first breakthrough role in 2005, with The Adventures of Shark Boy and Lava Girl. After quickly establishing himself into the scene, he was cast as Jacob Black in the Twilight film series.

He auditioned with the beautiful Kristen Stewart and both the actors were selected for the movie. Lautner was selected because of his dialogue delivery skills and his good looks. Next, the movie was released and got a ton of bad reviews from the critics. Nevertheless, it was a massive commercial success and became a favorite among teen girls. Apart from his work on the Twilight series, Taylor has been able to find fame for his work on Abduction, Valentine’s Day, and Grown Ups 2.

Now looking at the personal aspects of Lautner’s life, he is currently in a relationship with Billie Catherine Lourd. The two have been together from 2016 and first met in 2015. Before dating Billie, Taylor was together with the famous pop star Taylor Swift. However, things did not work out between the two Taylor and they split up in 2009.

Lautner has gone on to date some of the biggest names in Hollywood like Selena Gomez, and Lily Collins. Hopefully, he is now a settled man with Billie Lourd.

Taylor was once one of the highest earning teenagers in Hollywood. For such a young actor, he has certainly been able to mark his presence in the industry. It is all because of the amazing work that he has been doing. He keeps landing some of the best roles and is also making a good earning doing what he does. As of 2019, reports suggest that Lautner has a net worth of $40 million. However, he is sure to make a lot more in the next couple of years.

This is normal right?

Taylor is also pretty active on social networking platforms. He likes to share some aspects of his personal and professional life with his fans. You can too find the good looking actor on Instagram where he goes by the handle @taylorlautner and has over 5 million followers.