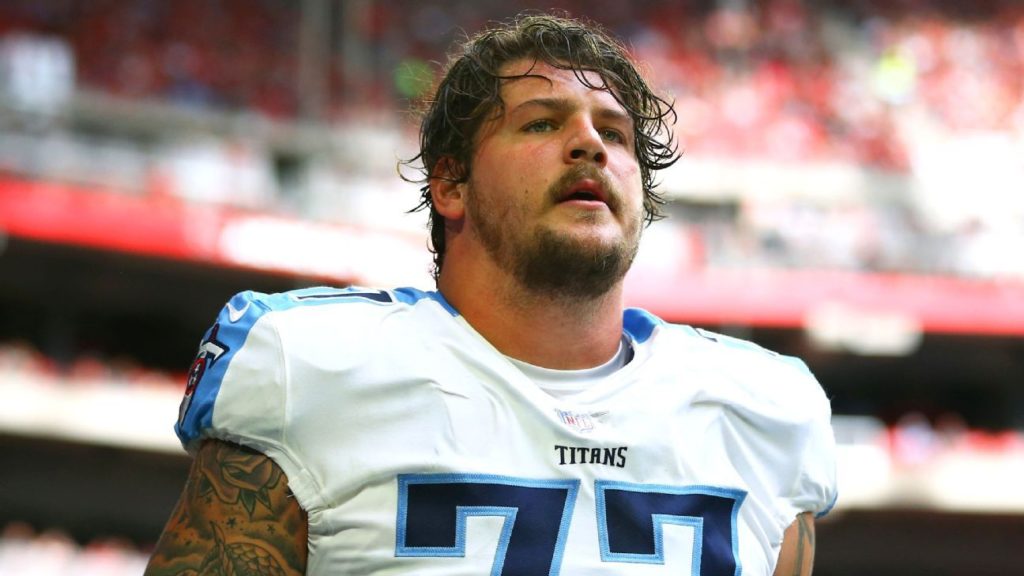 Taylor Lewan is an American football player who plays as an offensive tackler for the Tennessee Titans of the National Football League. Titans drafted him in the first round of the 2014 NFL and Lewan has been with them ever since.

For many years, Taylor has proved to be a valuable addition for the Titans. He was among the First-Team All-Big Ten selection in 2011, 2012, and 2013 for the Michigan Wolverines. Moreover, he also got in the First-Team All-American in 2012 and 2013. Let us now get to know a bit more about this amazing player.

Taylor Lewan was born on the 22nd of July, 1991, in Scottsdale, Arizona. He was born to father Dave Lewan who was also an offensive player for the University of Minnesota. His mother Kelly, on the other hand, was a home-maker. Lewan also has a brother Bryce and the two are very close.

Looking at his academics, Lewan spent his first three years of high school playing for Cactus Shadows in Cave Creek. He was a defensive end player before transferring to Chaparral High School in his senior year. He then became an offensive lineman at his new school. Lewan next went on to join the University of Michigan from where he graduated with a degree in Kinesiology.

The very athletic kid started his career in football at Chaparral High School. He also got in the University of Michigan under a football scholarship. Whilst playing for his university, he was ranked as the fifth-best player in the state of Arizona. Rivals.com listed him as the No. 3 most athletic offensive lineman. After the 2013 season, Lewan was named Big Ten Conference Offensive Lineman of the Year, and it was for the second year in a row.

Lewan’s professional career then began in 2014 after being selected by the Tennessee Titans. He signed a 4-year deal with the team and his contract exceeded over $11 million with a bonus of $6 million. His rookie season comprised of 11 games where he started 6 of them. Taylor went on to extend his contract with the club in 2017 and is still playing for them.

Taylor is a very lucky man, not just with his profession but also with his life partner. He is a married man and has been together with his long-time girlfriend Taylin Gallacher. The two began dating since 2016 and are enjoying a wonderful life together.

Not only are they married, they recently gave birth to their first child. Taylor announced it on Instagram with a picture of his baby and partner on the 6th of July, 2017. Whilst Taylor has an amazing life, he has also been misbehaving. He has been charged under several occasions for getting drunk and disturbing the peace in his hometown.

Taylor Lewan has been one of the most prolific players in the National Football League and has earned a tremendous amount for being one of the best. He has a contract with the Tennessee Titans for $11 million including a $6 million signing bonus. His net worth is also pretty massive and stands at $3 million.