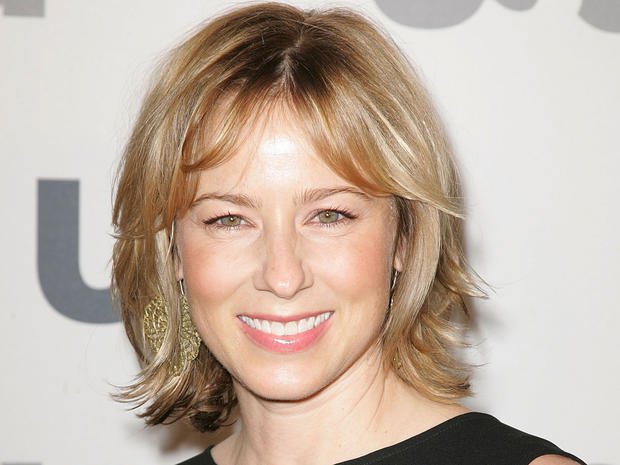 Getting divorced multiple times doesn’t mean that you are not a good person or not compatible with anyone. It just means that you were not with the right personage and that life is giving you another chance to be with someone you can be happy with. The same is the case with Traylor Howard.

Despite multiple failed marriages, Traylor is currently happily married to the love of her life since 2011. They do not show any sign of divorce and are living happily with two kids. Although retired currently, Howard has made a lot of memories with the TV industry which also made her one of the wealthiest actresses. ,

Traylor Howard was born on June 14, 1966, which makes her 53 years of age as of 2019. She was born in Orlando, Florida to American parents; Peggy E. and Robert M. Howard, Jr. Her father is the president of the Howard Fertilizer and Chemical Company located in Orlando, Florida, USA. 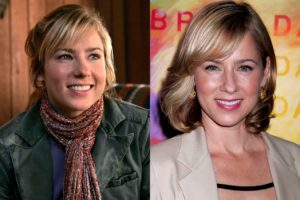 Howard attended Lake Highland Preparatory School in Orlando and later enrolled in Florida State University. She graduated from there majoring in Communication and Advertising.

Who is Traylor Howard’s Current Husband? Know about her failed Marriages

After a lot of ups and downs in the marital relationship, Traylor is finally settling down with her third husband, Jarel Portman. Jarel is the son of a famous architect, John C. Portman Jr.

The duo got married in 2011. A year later, she gave birth to her second son, Julien. It was only then, she decided to stop acting and devote her time on her family, especially children.

Howard married for the first time in 1991, February 2, to be exact. She met her first husband, Cameron Hall on the set as he too was an actor. It didn’t take them long to realize that they aren’t compatible with one another and their divorce was finalized on 12th March 1993.

After about 10 years of the separation, she again found another actor Christian Navarro whom she fell in love with. Despite their huge age difference, the duo got married on 26th April 2003 and divorced three years later. After the divorce, she found out that she was pregnant with her first child.

Back then, she was casting for the fifth season of Monk. She hid her pregnant belly with newspapers, boxes and the like to not let the viewers know that she was pregnant. On 24th November 2006, she gave birth to her first baby boy, Sabu Howard.

Besides, she also briefly dated another popular actor, George Clooney.

Inside of Traylor Howard’s Career and Net Worth

Having worked in the entertainment industry for decades, Traylor Howard has amassed a net worth of $2 million as of 2019. Starting her career with minor commercials, she later made her breakthrough in the series Monk as Adrian Monk’s assistant Natalie Teeger.

She has appeared in many other television series and films including Boston Common, Bram & Alice, The West Wing, Dirty Work among others. Her another significant role was of Sharon Carter in TV series, Two Guys, a Girl, and a Pizza Place’.

You would love to read about Scottie Thompson and KC Mathieu.