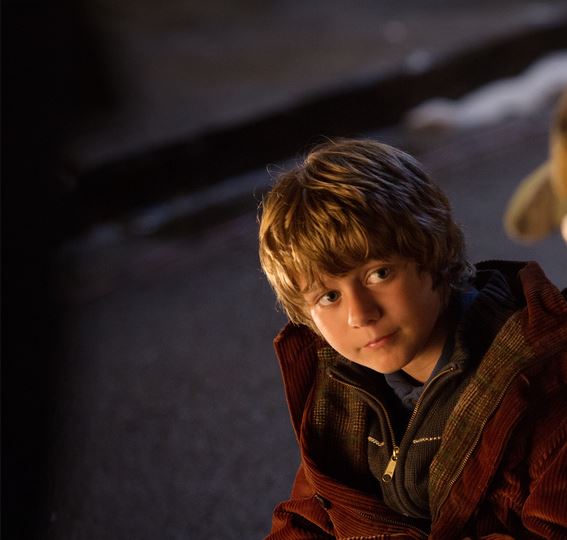 Ty Simpkins is an American actor who is mostly known for some of his popular roles in movies like “Insidious”, “Iron Man” and “Jurrasic World”. He is none other than the child actor you see in most of your favorite Superhero movies. However, Simpkins isn’t a child anymore after all, as he turned 16 last August.

Ty is also labeled as one of the highest paid actors in minorities group in Hollywood. Ty has been a part of some of the major successful hits which have given him a good credibility and brand building.

Ty Simpkins was born on August 6, 2001, in New York City, New York, the U.S which makes his nationality an American. Simpkins like most of the child artists started his journey quite young. He was only 3 weeks old when he first appeared on TV. His first role was on One Life to Live as John “Jack” Cramer, the role was pre-decided for him when he even wasn’t born yet! After which, he starred in a recurring role as Jude Cooper Bauer in the American television soap opera Guiding Light. Simpkins played the role for four long years. While doing that, the actor also guests starred in “Law and Order” which is a popular American television drama. Additionally, the young actor appeared in advertisements in print, TV media and more.

As his television career, his film career began with Steven Spielberg’s War of the Worlds in the year 2005. Later, he played the young version of Jude Law’s character followed by other roles in movies like  Pride and Glory, and Revolutionary Road. In both of the movies, Ty played along with his sister Ryan Simpkins. Along with these roles, he also guest starred in many TV shows like  CSI, Private Practice, and Family of Four. His bigger breaks came with movies like The Next Three Days, Insidious, and Insidious: Chapter 2, where he played one of the lead roles as Dalton Lambert. Similarly, he was cast alongside Robert Downey Jr. in the Iron Man franchise.

Ty is too young to be even talking about his relationships, regardless let’s find out if the young actor of sixteen has begun dating or not after all. At present, Ty is not rumored to have a girlfriend as such. The young actor is too busy doing some spectacular roles in some popular movie franchise. As he is growing up, he could eventually start dating but at present, he is very single.

As he started acting quite early in his life, it wouldn’t be wrong to say that he has been making money since his birth. The young actor was making buzz as he was cited one of the young highest paid actors in Hollywood which is indeed very true. Taking a look at his movies, it’s surely worthy for him to be a part of the millionaire’s club. The 16-year-old has a net worth of $2 million. However no details of his income and salary are available, but the actor was on the list of some of the high profile magazines as one of the highest paid child actors.