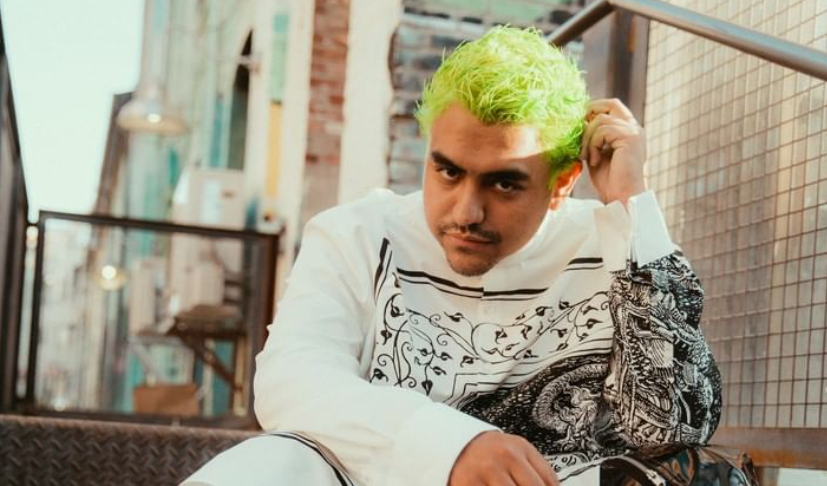 Alejandro Aranda known by his stage name Scarypoolparty is an American singer, musician, and reality television personality. He gained more exposure after he joined the seventeenth season of American Idol. Aranda received a private auditioned through someone who had attended his backyard. He later auditioned the show and performed two songs ‘Out Loud’ and ‘Cholo Love’, which helped to impress judges of the show: Katy Perry, Luke Bryan, and Lionel Richie.

Further, he had also continued to impress the judge and audiences throughout the show. However, he gained the runner-up position and had some US tour after the show. On 22 November 2019, he released his debut album ‘Exit Form’. Wanna know more about his information on personal life, career, and net worth? Then keep on scrolling. 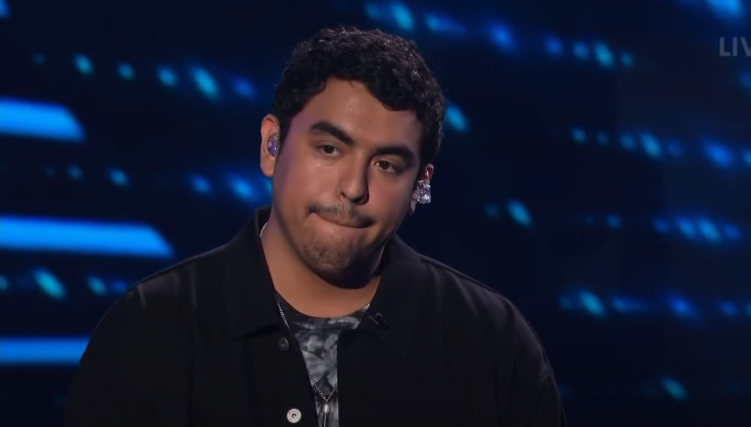 The American Idol runner-up was born on 11 August 1994 in Pomona, California, the United States. He has not revealed much about his parents but it is known that he has two sisters and two parents. When most of the children are attached to their parents, in case of him, he recalled in an interview, he is not very close to his family but loves them very much. Regarding his education, he didn’t attend school or colleges. In fact, he was home-schooled in California by his parents.

Before his discovery in music, he used to busking for cash in his free time after his jobs. Further, he worked as a warehouse worker and dishwasher. And he went outside on the street to play both piano and guitar, so he can make money. At the age of 20, he started his career in music and began to give his time in it. Further, he started to create his own music in 2015 and adopted his stage name as ‘ScaryPoolParty’.

In the same year on 19th November, he created his YouTube channel under his stage name having 147k followers and over 7.4 million views. Following that in 2017, he participated in a competition titled ‘Five of Five Entertainment’, a student-run entertainment company. Therefore, he obtained the award ‘Artist of the Year’ in that year. Then he auditioned for the seventeenth season of American Idol that premiered in March 2019.

He sang ‘Out Loud’ which helped him to gain the attention of the judges. With his amazing voice and music, he keeps on impressing the judges as well as audiences. And at the end, he won the title of runner-up of the show, singing seven original songs in total. In addition, His hometown Pomona declared ‘Alejandro Aranda Day’ on 19 May 2019.

The aftermath of the series American Idol:

In July 2019, he scheduled to go on a seven-date US tour whose tickets sold in minutes. He announced that he will put a free concert in Nashville on 3 July 2019 due to overwhelming supports from his fans. He released his single ‘Tonight’ after signing Hollywood Records on 28 June 2019. Further, hr released the ballad ‘Cho Love’ on 7 August and the second single ‘Diamonds’ on 4 October. On 22 November, he released his first debut album ‘Exit Form’.

The reality show star’s professional life has been caught in the camera, opposite to that, he has kept his private life under the wrap. His current relationship is uncertain, however, he previously had his heartbroken. As his Instagram account suggest in which he had dedicated some of his songs to his past relationship. But he has not revealed information on that.

Moreover, he describes himself as a boring person in the world having a passion for only music and eating. He claims that he does not do drugs or parties hard though he has adopted the stage name ‘Scarypoolparty’. He simply states himself as a hardworking and lives for the music. Further, Lionel Richie had also told in the show that his humanity is one of the incredible things Aranda has.

Talking about his earning, the participants of American Idol who became the runner-up has been making a good income for his living. Further, he might be amassing a profitable amount from his other business tenures as well. Therefore, he has not revealed exact information on his salary or income. But his net worth has an estimation of above $400 thousand.

Thank you for all the birthday wishes.Today has been a blessing. Photo from @havemirsy

The singer has a slim and strong body build that measures 38 inches chest size and 30 inches waist size. His body stands to a height of 5 feet 9 inches and weighs around 75 kg. He has dark brown eyes color with dyed hair color.