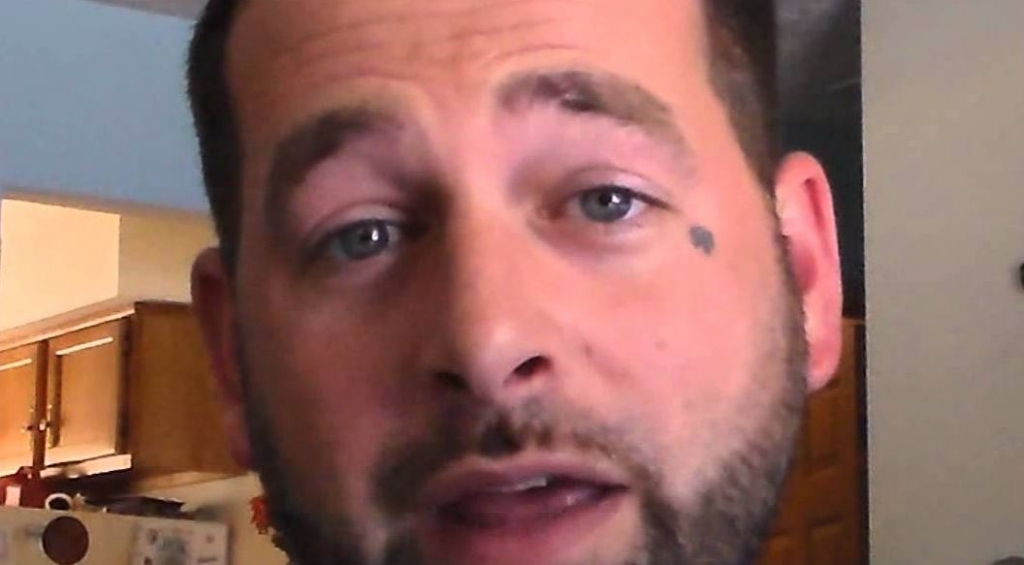 Amiri King is a Youtuber and a comedian known for his Youtube videos and his channel under the name “RoyalMediaMafia” where he usually publishes parodies and skits. He was a con artist prior to his work as a Youtuber, and now he makes a living entertaining people.

Amiri King has turned his image of a bad boy into a good one after seeing many ups and downs his entire life. King has been successful in entertaining his audiences with his comic performances and humor.

Downtown Nicholasville at Euro. Come have a cold one.

Amiri King was born on 10th July 1979 in Louisville, Kentucky which makes his nationality an American. His real name is Tony Donovan Schork. Later he changed his name to his favorite poets’ names. King had a troubled childhood he ran away at the age of 11. He began living as a homeless kid in the streets of Louisville.

Raising me wasn't easy. I put my mother, Sharon Brown Colvin, through absolute hell. If the saying 'momma tried' applied to anyone, it was definitely me. Today, I took her shopping as an early birthday present. At the end of the day we stood in front of my house. She broke down in my arms and told me how proud she was of me. She cried really hard. Before I was born, she had her tubes tied. Years later, she became pregnant with me. I was a bit of a 'miracle baby,' so she always told me that I was here for a God given reason. All my life she assured me that. We struggled so hard during my childhood, that one time a local news channel in Louisville did a story on us. My mom tirelessly worked two jobs just to feed us. Now I spoil her rotten, for obvious reasons. Holding my mother in front of my house today while she sobbed and continuously told me how proud she was of me… Well, it was a moment I'll never forget. Mom, you are the one who taught me how to work hard, pray harder, and to give freely to those who could never reimburse me. You are the real MVP. I love you momso. – Tony

Later as he turned 16, he was charged with first-degree robbery for which he was sent to the prison for two years. However, even upon release, he went back to the jail again for another three years. This difficult time in his life taught him a lesson after which he went to high schools to give speeches about his experiences. Eventually, Amiri started his own Youtube channel in the year 2006 but it was in the year of 2014 when he rose to fame for his video called, ‘Silverado Parody’ making jokes about his car.

Me and my Tommy.

Amiri had to start over several times due to several infractions thus he has a third Youtube account where he posts videos. At present, his channel has a total of 288 thousand subscribers and 63.5 million views. Apart from Youtube, King has also been a part of several independent films while also contributing as a writer for many other comedians.

Amiri King has reformed his life from the streets to Youtube gaining his popularity, fame, and money. While speaking of his personal life it is equally appealing, along with his big family for sure. He is married to his wife Sara King. There is not much information available about her background in general but she is an interior decorator as mentioned on her Instagram bio.

I'm home… About to snatch this pretty little thing up and make her purr. Mm mm mm… Missed my little kitten.

Together Amiri and Sara have three children all of whom are daughters. The comedian often posts pictures of his daughters on his social media profiles. In short, King has a beautiful family.

Amiri King has seen bad days in his life and good days too. He began as a con artist tricking people and even going to jail for his past actions. However, that did not stop him from becoming what he is now. He set a good example for all the people out there.

At J. Alexander's in Lexington Kentucky living the good life.

From his controversial Youtube videos and career, King has now a total net worth of $150,000. While he also adds partially to his income from his writing career, he makes up most of his net worth from Youtube.