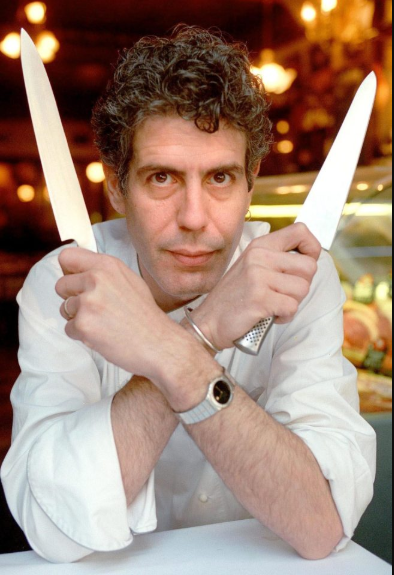 With a unique culinary worldview, Chef Anthony Bourdain moved out of the kitchen to become a bestselling author and award-winning TV personality. Bourdain was an executive chef at Brasserie Les Halles. The chef also wrote an article called ‘Don’t Read Before Eating This’  which was featured in ‘The New Yorker’ in 1997. After that, Bourdain moved from one high-profile culinary project one after another. Slowly, he initiated working in TV shows like ‘A Cook’s Tour’ and ‘Anthony Bourdain: No Reservations’. The chef also enjoyed writing books. Some of his popular books include ‘Kitchen Confidential: Adventures in the Culinary Underbelly’.

Unfortunately, this famous celebrity chef was found dead in his hotel room in France on 8 June 2018. He committed suicide. 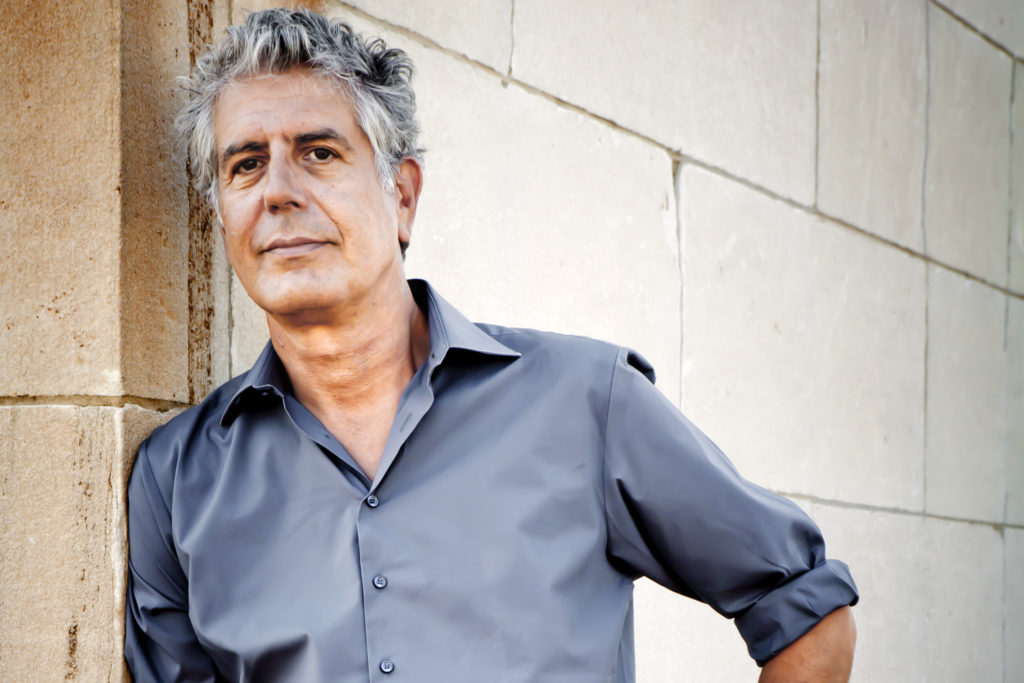 Bourdain raised in suburban New Jersey although he was born on 25 June 1956, in the city of New York. While he was a child he was interested in literature and loved listening to rock music. The reason was that his mother was an editor and his dad was a music executive. In his childhood, Bourdain enjoyed going on vacations with his family.

He enrolled in ‘Vassar College’ for two years and later graduated from in 1978 the world-renowned ‘Culinary Institute of America’. Bourdain first started working in the kitchens of New York restaurants such as the ‘Supper Club’, ‘One-Fifth Avenue’ and ‘Sullivan’s’. In 1998, he became an executive chef at ‘Brasserie Les Halles’. 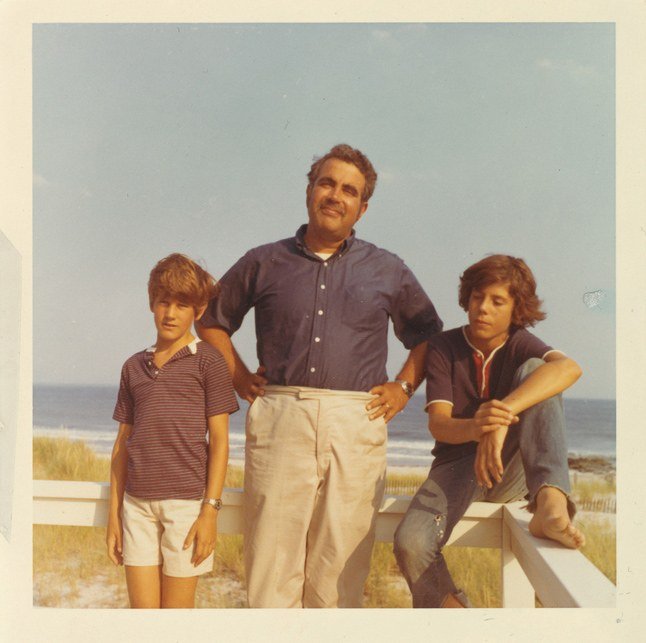 Caption: Chef Anthony Bourdain in his childhood with his father(middle) and brother(to his right)
Source: Bonappetit

The chef wrote about the moment his love of food and cooking was aroused. It on a family vacation in France when he tried his first oyster on a fisherman’s boat.  He did his graduation from the Dwight-Englewood School, Englewood, New Jersey in the year, 1973. Following his childhood interest in cooking as a career, he worked in seafood restaurants in Provincetown, Massachusetts, while attending Vassar and that inspired him to pursue cooking as a career.  Eventually, Bourdain attended ‘The Culinary Institute of America’, and graduated in 1978. After that, he started running various restaurant kitchens in New York City.

After working many years in the field of cooking, Bourdain in 1998, finally became an executive chef at Brasserie Les Halles, Manhattan. His work and dedication as an executive chef were considered very impactful and thus he was recognized as their ‘chef at large’ in January 2014. Later, Bourdain left his job to start his own TV show. In 2017,  Les Halles had to close as it was filed for being bankrupt. 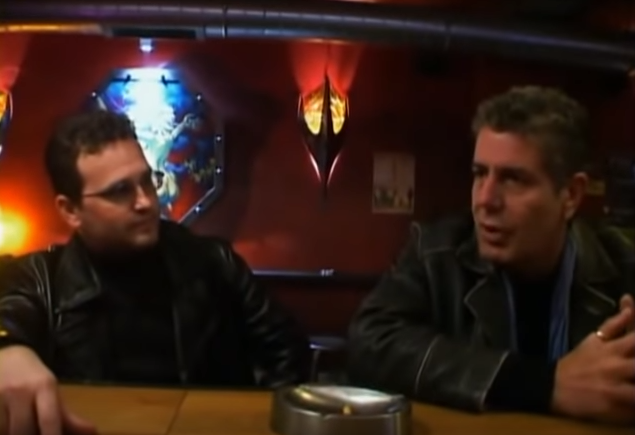 In spite of having a child together, the couple decided to divorce on mutual understanding in September 2016. After two years of his divorce with his second wife, Bourdain was in a relationship with Italian actress and director ‘Asia Argento’. 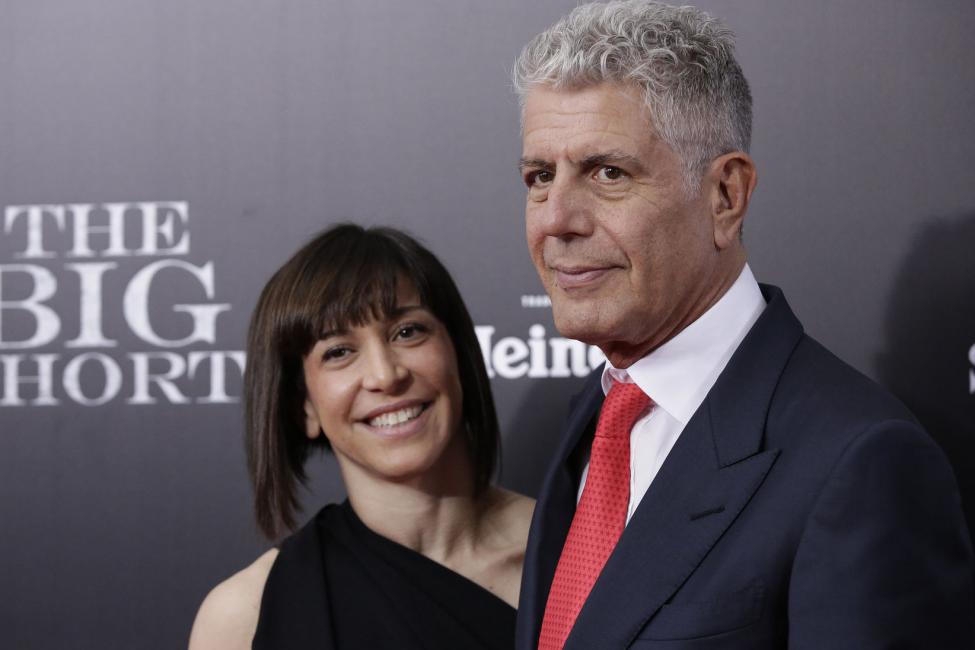 The chef has a total net worth of $1.2 million. His main source of income is his career in cooking. The celebrity chef is available on Instagram by the name ‘anthonybourdain’ with 2.8 million and on Twitter by the name ‘bourdain’ with 7.1 million followers.

With director @asiaargento , Director of Photography @dukefeng52 Christopher Doyle , @xiaohaixiao Jenny Suen, and the band DAVID BORING on set during filming of @partsunknowncnn HONG KONG ( This Sunday on CNN)

Bourdain died on 8 June 2018 in his hotel room, Kaysersberg, France after committing suicide. He was in Kaysersberg, France to shoot for an episode of his Unknown series. CNN made a statement in his death saying “It is with extraordinary sadness we can confirm the death of our friend and colleague, Anthony Bourdain. His love of great adventure, new friends, fine food and drink and the remarkable stories of the world made him a unique storyteller. His talents never ceased to amaze us and we will miss him very much. Our thoughts and prayers are with his daughter and family at this incredibly difficult time.”