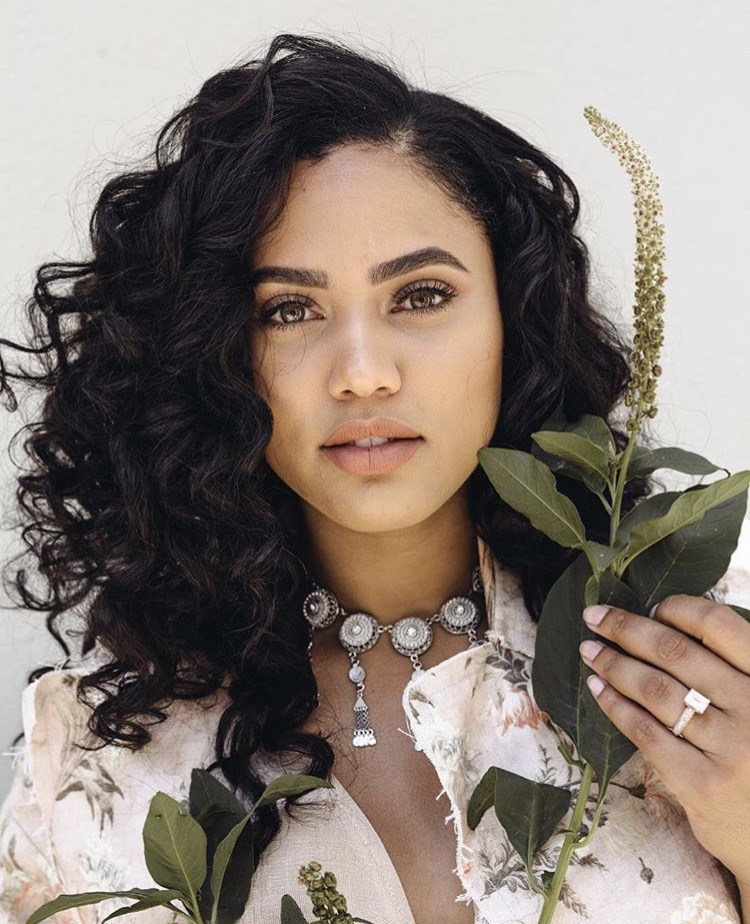 Ayesha Curry is a famous Canadian/American actress, TV personality, author, and Entrepreneur. She is one of the celebrities who gained popularity below the age of 30. Furthermore, in 2017, she was listed in “30 under 30” list of Forbes. Curry also caught the eye of media because is the wife of NBA player Stephen Curry.

Curry is a well-recognized actress who had shown her acting skills in the small and big screen.  Therefore, the beautiful lady also owns YouTube channel. she uploads the video of her cooking skill, lifestyle, and tutorials. Besides these, she is also a best seller book Author. Let us find more about the multi-talented lady Ayesha Curry.

Flash back Friday #fbf to when we were a fam of 4(our last pic of the 4 of us 😆) and awaiting baby Canon’s arrival!!! Click on the @goinspo link in my bio to see how @pbmodernbaby way outdid themselves and surprised us with his gorgeous modern nursery. I’m so grateful!!! We’re the first to have their new modern baby collection that launched yesterday! This was such an exciting day. Blessed baby boy, so spoiled already 😊🤱🏽. #currypartyofFIVE

Ayesha was born on 23 March 1989 in Toronto, Canada. Curry is the daughter of John and Carol Alexander along with her four siblings. She was raised in Toronto until the age of 14. Then she moved to Charlotte, North Carolina with her mother.

From a young age, she had a passion for acting. Indeed of that passion, she joined the Arts York drama program At Unionville High School in Canada. At the age of 12, she started her career as an actress. She was a part of the music video “Too young for love” by Sevn Thomas. It was not long that she was featured in many movies like Love for Sale (2008), Dan’s Detour of Life (2008) etc. Also, she appeared in many TV series as a guest role.

#internationalsmoke pop up!!! 2hrs until opening!

As the second turnover for her career, she started as a cook. First, she began to host her own cooking shows on the food network. As well as she hosted other shows like “The Great American Baking show” and also became a spokesperson for Cover Girl cosmetics.  After that, she introduced her own YouTube channel called “Little Lights of Mine”, which featured Curry’s passion for food and her lifestyle.

Talking about her personal life, she is the well-recognized wife of Stephen Curry. He is an American Professional basketball player and motivational husband too. These lovebirds met at a church youth group in Charlotte while they were teenagers. After spending sometimes, they married on 30th July 2011. The couples have two daughters – Riley Elizabeth Curry and Ryan Carson Curry. Recently, they greeted a son Canon W. Jack Curry.

In 2017, she showed her interest in writing which we can view in her book, The Seasoned Life. Disregarding her interest, she has also stuck a balance between her professional life and personal life. Therefore, there are no rumors or controversy heard regarding curry’s life yet.

I always feel awesome in my jammies w my kiddos so the challenge is definitely accepted! For every post using the hashtag #theawesomechallenge @rocketsofawesome will donate much needed back to school supplies through @baby2baby . Let’s keep the movement going. I nominate @itslaladaly @asiasaffold @ashleybias and @tameramowrytwo to post what makes them feel awesome. Thanks for the challenge @mrsadriennebosh 😍

At the age of 28, Curry earns an impressive amount from her outstanding career. Her net worth is estimated to be $16 million dollars. But her annual income has not been disclosed yet. Curry had summoned profit through many endorsements. As well as she had also introduced her own company which manufactured cookware. The company sells own brand of extra virgin olive oil. She also founded her own YouTube channel which has subscribers of almost $5.5 million.

Curry’s husband has also a whopping net worth of $90 million dollars. Together with this huge amount, they are living a splendid life with their children.  Currently, these five-member curry families reside in European style mansion worth $1.5 million in Charlotte, North Carolina. In addition, they also own one more house in the same area.

If you know me, you know I love #NoKidHungry. I dined out the other day at @nourishkitchentable in NYC to support #NoKidHungry’s work to feed kids in need. You can make your meal count for kids this month too by visiting one of thousands of restaurants across the U.S. supporting #NoKidHungry. Visit NoKidHungry.org to find a restaurant near you.

She is also active on Instagram which has followers of 6 million. Also has a follower of almost 4.5 million on Facebook.