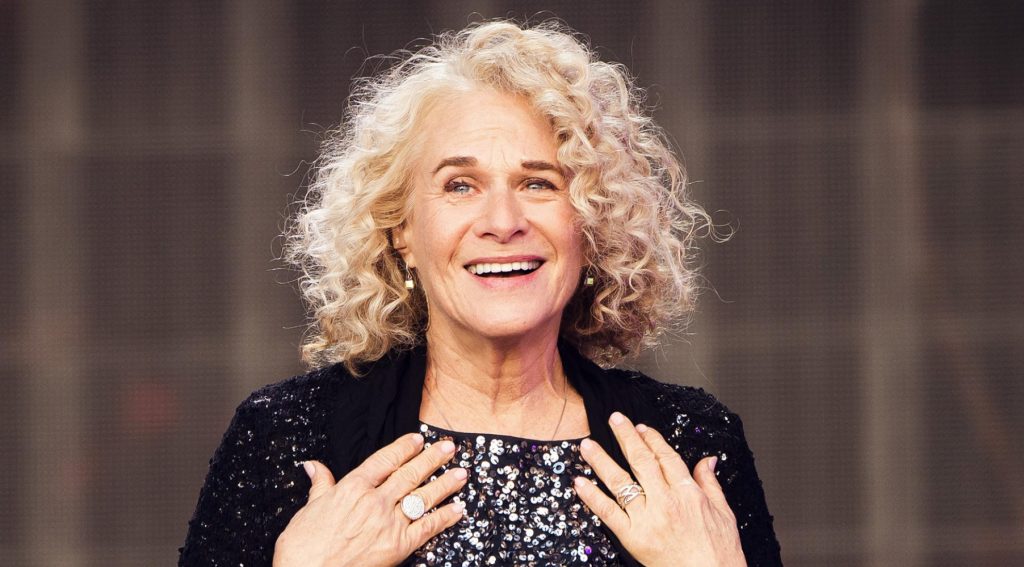 Carole King is an American singer and a songwriter like Joey Feek. Carole has been one of the best songwriters of the latter half of 20th century. The US-born musician started learning piano as a kid and had already become a successful pianist by the time she was 10. King started writing a lot of her songs in her teenage years and in the 60s began performing her songs at a professional level. In the 70s, Carol performed as a solo singer and traveled a lot for concerts and live shows.

Throughout the years, this talented artist has won 4 Grammy Awards and has even been included in the Rock and Roll Hall of Fame. King owns 25 solo albums to her name and has written over 400 songs. The 1996 semi-biographical movie ‘Grace of my Heart’ was about a young songwriter and is believed to be based on Carole King’s life. Let us now look more into the life of this amazing musician.

Carole Joan Klein was born on February 9, 1942, in Manhattan, New York. She was raised in a Jewish family where her father worked as a firefighter and her mother was a teacher. Soon after she was born, her family moved to Brooklyn and bought a cheap two-story duplex.

Growing up, music had been a big part of Carole’s family. Her mother Eugenia was a keen pianist and it was her inclination towards piano that made Carole fall in love with music. Then from the age of 3, she started practicing and playing piano and had a natural flair for it. She was a talented child who had the ability to sense ‘absolute pitch’; she could do that when she was only 4. By the time she was 10, with the help of her mother, she had started playing as good as Eugenia.

She had always been a good student in school and for that reason was promoted directly to second grade after kindergarten. For her high-schooling she joined ‘James Madison High School’ and there she started learning the concept of songwriting. In school, she started her own band ‘Co-Sines’ and even changed her name to ‘Carole King’.

Next, she attended Queens College where she met Gerry Goffin with whom she married when she was only 17. Gerry was also an amazing songwriter and helped Carole in her formative years. Later after finishing college, she started working as a secretary and used to write songs with her husband. In 1960 their first major breakthrough came in form of ‘Will You Love Me Tomorrow?’. They both worked on this song and was a mega hit.

The early 60s was probably the beginning of a successful career in songwriting for Carole and Gerry. They worked on hits such as ‘You Make Me Feel Like,’, ‘Goin’ Back,’ and ‘Pleasant Valley Sunday.’ During that period, it was a pretty much male-dominated industry, and there were not many songs expressing a woman’s point of view.

Gerry realized Carole’s true potential and the couple collaborated for a while. However, in the mid-60s, their personal relationship had some ups and downs, and in 1968, Carole got divorced from Gerry. She through her song ‘The Road to Nowhere’, told the story of a heartbreak. After getting the divorce, the couple parted ways, and so began the journey of a solo music career for King.

She then moved to Los Angeles to collaborate with another writer, Toni Stern. With him, Carole wrote a song, ‘It’s Too Late,’ which is probably one of her best-known songs. The late-60s saw her became part of the band ‘The City’. The group contained her second husband, Charles Larkey, and friend Danny Kortchmar. They only managed to release one album, ‘Now That Everything’s Been Said.’ Because of Carole’s stage fright, they had to cancel several tours. The band after some time collapsed and Carole was again a solo singer.

Her first solo album came in the form of ‘Writer,’ and failed big time. Her next effort, ‘Tapestry,’ brought her back into the game. Released in 1971, this album remained on the top of the ‘Billboard’ charts for 15 consecutive weeks. It stayed on the ‘Billboard’ charts for six years which was also a record during that time and was broken only by Michael Jackson’s ‘Thriller’ in 1982.

Carole King: Other than Music

In the 80s and the 90s, Carole kept herself busy with other activities too when her music career took a downward turn. She then started being involved with various social causes. She has voiced her opinions and worked for the passage of the ‘Northern Rockies Ecosystem Protection Act.’ Carole even openly supported the ‘Democratic Party’ and played an active role in the electoral process.

In the late 90s, she made a comeback to music and in 1997, singer Celine Dion recorded the song ‘The Reason,’ which was written by King. Carole then recorded a new album, ‘The Living Room Tour,’ in 2004. And in 2007, started touring with young singers Fergie and Mary J. Blige.

Throughout the years, King has won four ‘Grammy’ awards. King for her service to music has also been inducted in the ‘Rock and Roll Hall of Fame.’ Having written more than 400 songs, her work has been used by more than 1000 artists.

Carole King till this date has married four times. She first got married to her college boyfriend and music partner, Gerry Goffin. This was then followed by Charles Larkey, also a musician in 1970. She next went on to marry Rick Evers; this ended in a fiasco as Carole later claimed that she was brutally assaulted by him. The ‘cocaine addict’ died of a cocaine overdose a few days after their separation in 1978. She has also been married to Rick Sorenson. She had a long-term friendship with musician James Taylor, with whom she has been involved in many projects. Currently, Carole has four children, who are also musicians, Louise Goffin, and Sherry Goffin Kondor and artist Molly Larkey.

Carole has bought a 128-acre estate that she bought for an estimated $16 million. It has 7,337 square feet which overlook warm springs creek. She is also a car enthusiast and has also bought many luxurious cars like Mercedes S class, BMW, and Audi A5.