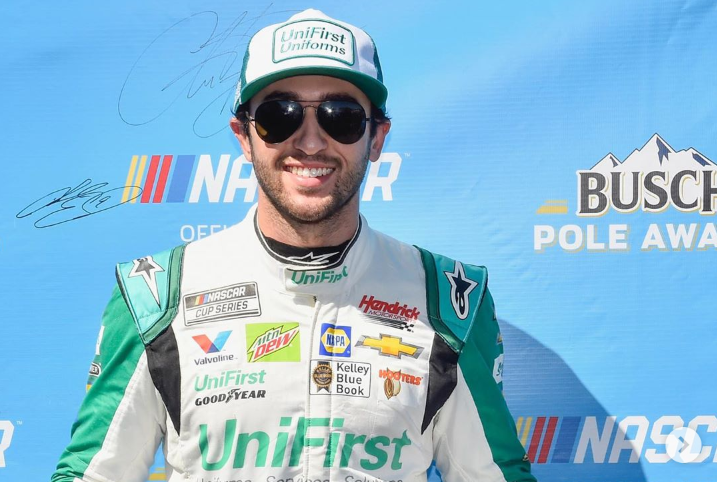 Chase Elliott, you must have heard his name, if not then he is an American professional stock car racing driver. He currently drives the No. 9 Chevrolet Camaro ZL1 1LE for Hendrick Motorsports competing full-time in the NASCAR Cup Series. Along with the part-time in the NASCAR Gander RV & Outdoors Truck Series where he drives the No. 24 Chevrolet Silverado for GMS Racing. 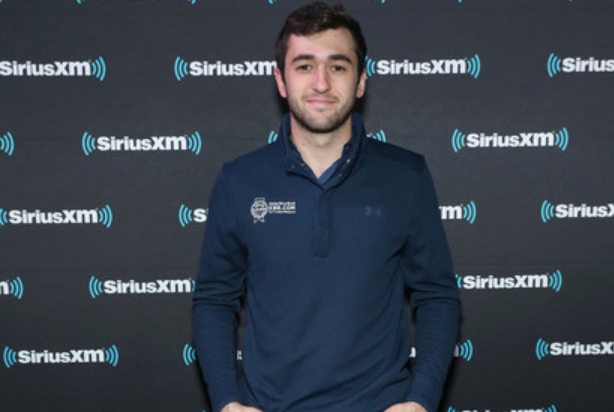 The NASCAR racer was born as William Clyde Elliot II on 28 November 1995. He was born in Dawsonville, Georgia USA to the parents, Bill and Cindy, under the zodiac sign of Sagittarius. Further, he walked down to the path of his father who was also one of the most successful NASCAR stock car racing drivers. His mom is a former photographer for ‘Illustrated’ and ‘Scene’ as well as Elliott’s family manager and social media director. Also, he has two older half-sisters from father’s side, Lauren Star and Britanny.

Though Elliott started his career from a young age, he did not neglect his education. He has complete his high school education from Kings Ridge Christian School. After that, he decided to dedicate his time to racings and didn’t join college.

Honoring my Grandmother this weekend and every weekend from here on out. She was not only a very special person to me, but undoubtedly my #1 fan… grandparents are a blessing and I was lucky to have one of the best. I’ll always love and miss you a lot Mama Jo❤️

Since the age of thirteen, he has been participating in racings and also won numerous awards and honors including one of the youngest NASCAR champions. Further, he was included as a potential star in the 2009 edition of Sports Illustrated at the age of 13, including Jordan Speith.

In February 2011, Elliott signed a three-year driver development contract with Hendrick Motorsports. The same year, he competed in the K&N Pro Series East with number 9 and finished in ninth position. Following year, he returned to the game-winning first career race in the 2012 K&N Pro Series and fourth in series point. He became the youngest pole-sitter in Truck Series history after winning first career NASCAR pole position. In addition, in 2013, it was announced that he would join nine NASCAR Camping World Truck Series events for Hendrick Motorsports.

Great run for the Pole today by our @naparacingteam here at Talladega. We need all the good vibes we can get to make it happen tomorrow, so I thought I’d share a cool photo of one of my hero’s holding up the right flag after our win here in the spring! #di9 #LFG

Moreover, he became the youngest champion in the NASCAR Nationwide Series which is now called Xfinity Series. Also, he received the title of the 2016 NASCAR Sprint Cup Series Rookie of the Year.

Elliott, the stock car racer has appeared on the cover of magazines as well as television. His magazine cover includes NASCAR Illustrated, NASCAR Pole Position, and Georgia Magazine. Further, he also served as a Fox NASCAR analyst for the Xfinity Series race at Atlanta in 2017.

Furthermore, his television appearances include CMT’s ‘The Dude Perfect Show’. And gave his voices for the character Mark Set-Go on Nickelodeon’s ‘Blaze’, ‘The Monster Machines’ and, Chase Racelott in the 2017 Pixar film ‘Cars 3’.

Coming over to his personal life, the Young NASCAR driver is not single either married to somebody. But if he succeeds in his current relationship then we can see the couple walking down the aisle. At the moment, he is dating a beautiful daughter of legendary NASCAR driver David Green, Kaylie Green. Kaylie is pursuing public relations from the University of South California and a member of the Alpha Delta Pi sorority.

Though she is a student right now, she is aware of the tracks. Since she and her brother used to come with her racer and loves to spend time with them. Other than this, there is no information about his involvement in violent acts, controversies, or rumors. 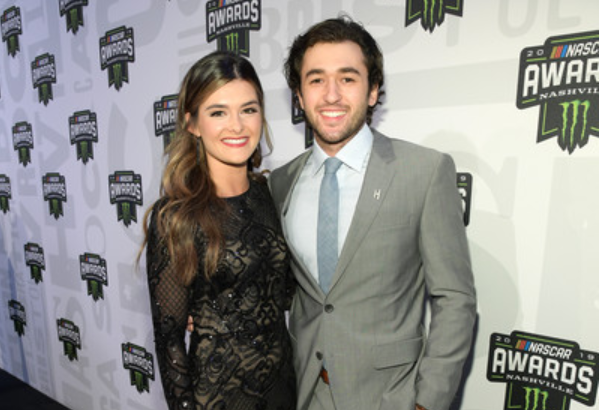 Elliott being one of the top American stock car racing drivers has earned a huge amount from his profession. Therefore, he has a net worth estimated at around $12 million. According to Forbes, he had earned $17.5 million as of 2018 from his Hendrick Motorsports salary and his cut of winnings and licensing. Further, he ranked among top-earning drivers for the first time thanks to a new four-year contract extension with Hendrick Motorsports. Additionally, he also makes a profitable amount of $2 million from Endorsements and licensing as well.

Thanks for having me on gentlemen, cool to see what y’all are growing in that world now. The Dawgs will have their day soon! #justtwooldnascarguys

The athlete has a fit and well-maintained body that stands to a height of 6 feet or 1.83 meters. He has a bodyweight of 66 Kg but unknown body measurements. Further, he has dark brown hair and eyes color.