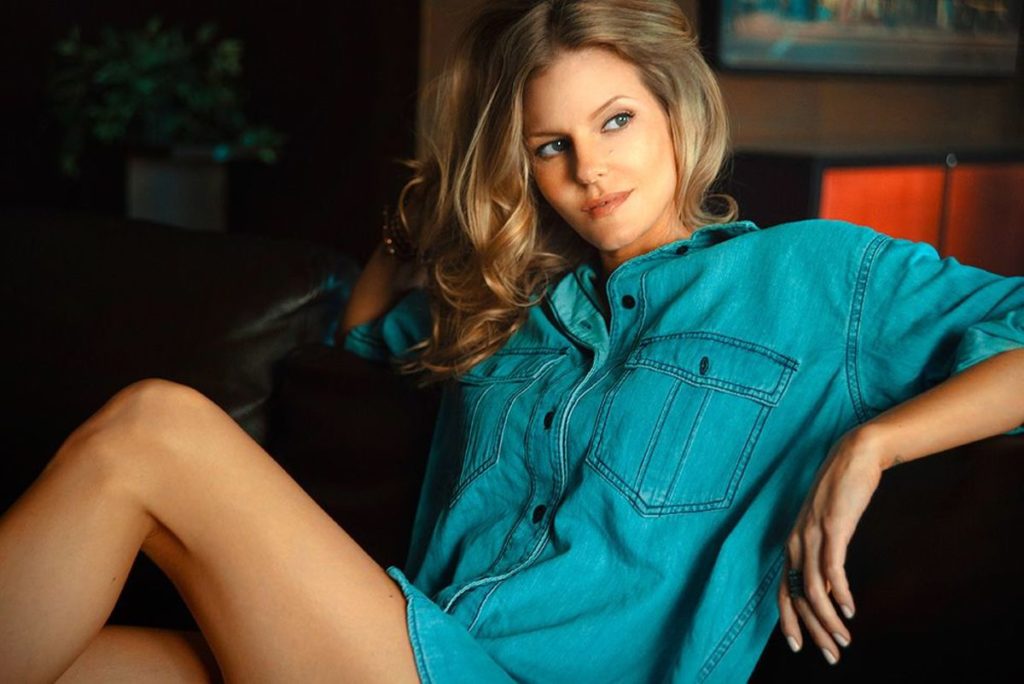 Chelsey Crisp is an American actress, comedian, and a writer who came into fame for her performance in “Fresh off the Boat”. Crisp has got one of those faces that never seem to get old. With her talent in acting, Chelsey has been a fine addition in Hollywood.

If you have seen Chelsey act, everything just seems seamless and it is mostly down to her hard work and dedication. She also has that distinguishing quality that can make anyone laugh and it just looks so effortless. You might have also noticed this beautiful lady in the comedy team called Duchess Riot. The group for many years has been performing improvs all around the country. Let us now get to know a bit more about Crisp.

Chelsey Crisp was born on the 5th of June, 1983 in Pheonix, Arizona. We do not have a lot to share from her early life as she only found fame in the later stages of her life. However, we do know that her parents named her after Jane Fonda’s character in “On Golden Pond”.

Now coming to her academics, Chelsey went to Agua Fria High School. After graduating from the institution, she joined “American Academy of Dramatic Arts” in 2001. Crisp has also gone on to study Shakespeare at the British American Dramatic Academy’s Midsummer in Oxford program.

Whilst at her high school, Chelsey was performing at local community theaters. Her first role was on the television show, Scare Tactics. After her initial success, Chelsey landed a lead role in Dr. Chopper. She has even gone on to star in some of the most famous shows like “The Office” alongside Brian Baumgartner, and on CSI: Miami.

Apart from her performances on these shows, Crisp has also appeared in movies including Sludge, Chicken Suit, and The 60 Yard Line. However, Chelsey is more known for her performance in TV shows like “Adult All Girl Sexy Sleep Over Party” and “Fresh Off the Boat”.

Whilst Chelsey likes to keep her personal life away from the media, we do know that she is a married woman. She has been together with her husband Rhett Reese for many years now. As per reports, Rhett proposed her during a surprise vacation at Cal-A-Vie Health Spa in San Diego.

Their engagement was sometime around December 2015. Next, the beautiful couple said their wedding vows in 2016 in Paradise Valley, Arizona. It was a big ceremony and in presence of a long list of guests. Crisp is now living with Reese in Los Angeles and they are enjoying a wonderful life together.

Chelsey is undoubtedly an amazing actress and has established herself as one of the best in the business. She has gone on to act on a large number of movies and television shows and this has helped her generate massive wealth. Moreover, she also makes a decent sum from endorsements and ads. So, as of 2019, Crisp is believed to have a net worth of $1.6 million and the figures are sure to increase in the years to come.

Chelsey is also active on social media platforms and she is quite famous too. She is constantly engaging with her fans likes to share them some aspects of her life. Liam has just over 15 followers on Instagram and 100k on Twitter. You too can follow her with the links given below