Chrystia Freeland is a journalist and politician from Canada who has served as Canada’s tenth deputy prime minister since 2019 and as finance minister since 2020. She became the first Canadian woman to hold the finance portfolio including minister of intergovernmental affairs, minister of foreign affairs, and minister of international trade. Furthermore, she was appointed to the cabinet by newly elected Prime Minister Justin Trudeau following the 2015 elections.

Besides, she is also an author and has published books including 2000 ‘Sale of the Century’ and 2012 ‘Plutocrats: The Rise of the New Global Super-Rich and the Fall of Everyone Else’. Moreover, according to the Canadian CBC on 17 July 2020, she personally apologizes for the WE Charity scandal but also says that she stands by PM Justin Trudeau. Let us scroll over to know more information on her personal and professional life. 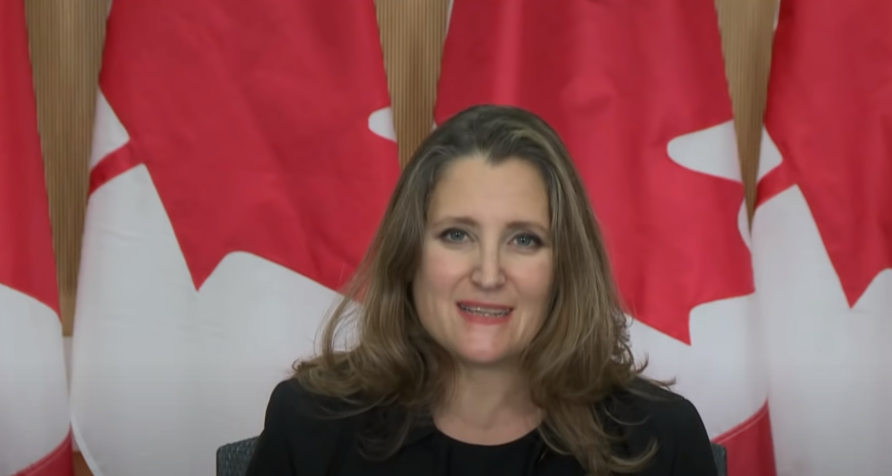 She was born on 2 August 1968 as Christina Alexandra Freeland in Peace River, Alberta, Canada. She is the daughter of a farmer and lawyer, Donald Freeland, a member of the liberal party. Her mother Halyna Chomiak died in 2007 who was also a lawyer and worked for the New Democratic Party (NDP) in Edmonton Strathcona in the 1988 federal election. Further, she has a sister who co-owns an apartment that faces the Maidan Square in Kiev, Ukraine.

Regarding her academics qualifications, she attended Old Scona Academic High School in Edmonton, Alberta. Then she joined the United World College of the Adriatic in Italy after she got on a merit scholarship from the Alberta government. She entered Harvard University and obtained her bachelor’s degree in Russian history and literature. After that, she received a master degree of studies degree in Slavonic studies from St Antony’s College in 1993 as a Rhodes Scholar.

She started her career as a journalist as a stringer with the Financial Times (FT), then joined The Washington Post and The Economist in Ukraine. Following that, she went to work with Financial Times in London as its deputy editor and also became an editor for the FT’s weekend edition, FT.com, and UK news. She had served as the deputy editor of The Globe and Mail from 1999 to 2001. She has worked with other reputed news organizations like Reuters and FT based in New York City.

As an author, she authored 2000 Sale of the Century that features Russia’s journey from communism to capitalism. In 2012, she published Plutocrats: The Rise of the New Global Super-Rich and the Fall of Everyone Else. Following that Plutocrats became a New York Times bestseller as well as the winner of the 2013 Lionel Gelber Prize for non-fiction reporting on foreign affairs.

However, Freeland left her journalism career to make her career in Canadian politics. In July 2013, she became the candidate for the nomination of the Liberal Party in the riding of Toronto Centre and won the position in September 2013. Following the 2015 election, she chose as minister of international trade by Prime Minister Justin Trudeau. Then she appointed to the foreign affairs portfolio, replacing Stéphane Dion in 2017. In 2019, she appointed deputy prime minister and minister of intergovernmental affairs after the 2019 federal election. On 17 August 2020, PM Justin Trudeau announced Freeland will be appointed as a minister of finance after the resignation of Bill Morneau. 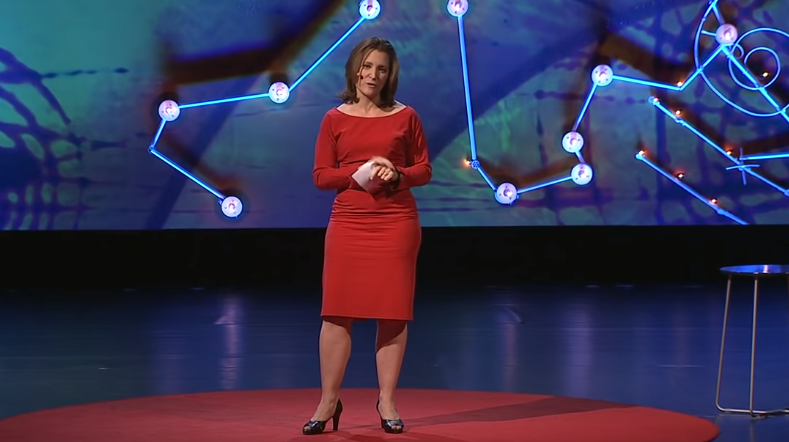 Caption: Chrystia giving a speech on the rise of the new global super-rich.
Source: YouTube

Coming over to her personal life, she is a happily married woman. Most of her personal details are missing from the media. She has married a British writer and reporter working with ‘The New York Times’, Graham Bowley. She met her future husband during her early days at the Financial Times(FT). After some time the couple wedded in a private marriage ceremony attended by VIPs, friends, and her family members.

She along with her husband Bowley welcomed three children from their marriage. They are Natalka, Halyna, and Ivan. She along with her family resides in Toronto, Canada. Other than this, there is not much information on her personal life. 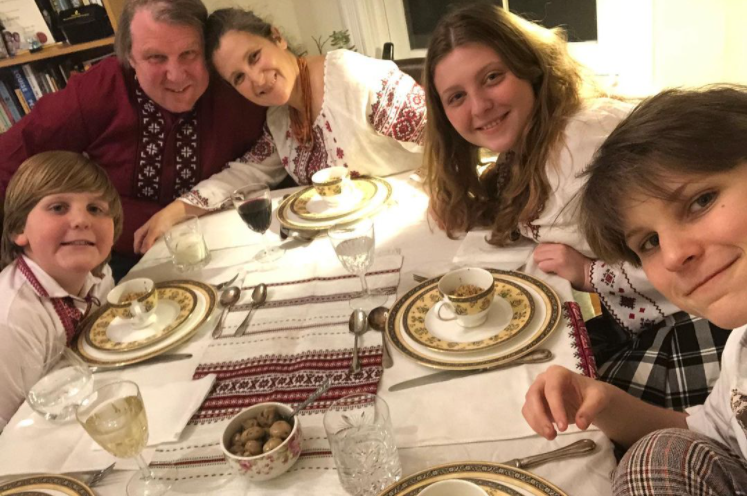 Her current position on being tenth and current deputy Prime Minister of Canada and Minister of Finance has been making a good income out of her career. Further, the two posts help her to earn around $450,000 per annum. Therefore, her net worth has an estimation of $2 million.

The politician has an average body build type with a height of 5 feet 9 inches or 1.75 meters. Her hourglass maintained figure weighs 64 kg and her body has measurements of  33 inches chest size, 24 inches waist size, and 35 inches hips size. She has light brown hair color with beautiful pair of blue eyes color.