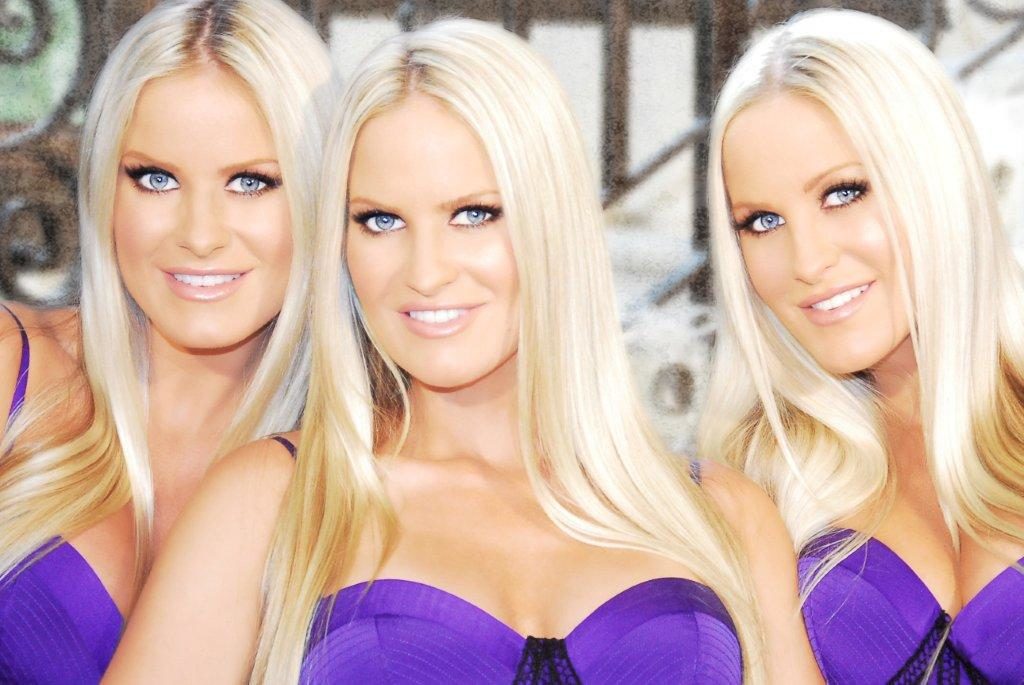 We have something quite different for you guys today. You have read about famous individuals and even some popular twins. But this is probably the first time you might be reading about triplets. We present you Dahm Triplets who are all very well known models for the fashion magazine Playboy.

The three identical triplets Nicole, Erica, and Jaclyn were born on the 12th of December, 1977. In more recent years, these beautiful siblings have found fame for their involvement with the Playboy magazine. Let us now get to know a bit more about them, shall we?

Nicole, Erica, and Jaclyn Dahm were born in  Minneapolis, Minnesota, America. As the triplets were identical, their parents decided to tattoo two of them with tiny black ink dots tattooed on their buttocks which would make them more recognizable. The three sisters were into fashion from a very young age. They would read magazines and dress up in fashionable outfits.

Now looking at their academics, the Dahm triplets went on to attend a public school in Jordan, Minnesota. As the three siblings were extremely close with one another, they went on to graduate together and join the University of Minnesota where they studied nursing.

However, their dream of being nurses was cut short. The triplets later found their love for modeling and signed to be Playmates for Playboy. They then went on to feature in the magazine in 1998 which made them the second set of triplets to appear in the magazine. They have also gone on to make several other appearances for Playboy and were even on the cover once. After finding fame with their work for Playboy, the trio made their acting debut in the show, “Boy Meets World”. Moreover, the Dahm Triplets are also famous for their appearance on Family Feud.

In more recent years, the Dahm Triplets have taken to the internet to continue their legacy. Whilst they began things with a website called “Dahm Girls”, it had to be closed down in 2004. Moreover, they also were working on a cooking website, “Triplets Gourmet” which also had a YouTube channel. However, like all their other internet projects, this did not long last.

As things stand, the triplets are clearly enjoying wonderful lives with their respective families. They are still close to one another and often travel together. These sisters also keep posting pictures of one another on their social media platforms and showcase their love for one another.

The triplets came into the scene in the late ’90s and were a bit lost since the mid-2000s. However, they were able to make a name for themselves in this tough industry. With all that these siblings had done, they were able to accumulate a net worth of $12.5 million and the figures are likely to grow in the years to come. Sources tell us that the triplets are living a life full of luxury and we wish them the very best of luck.

The siblings are also pretty active on social media platforms. They like to post pictures showcasing their lives and each other. Whilst all three of them are now busy with their own families, the sisters make time for one another and you can see that from their pictures on Instagram. You can find them with the handles listed below.