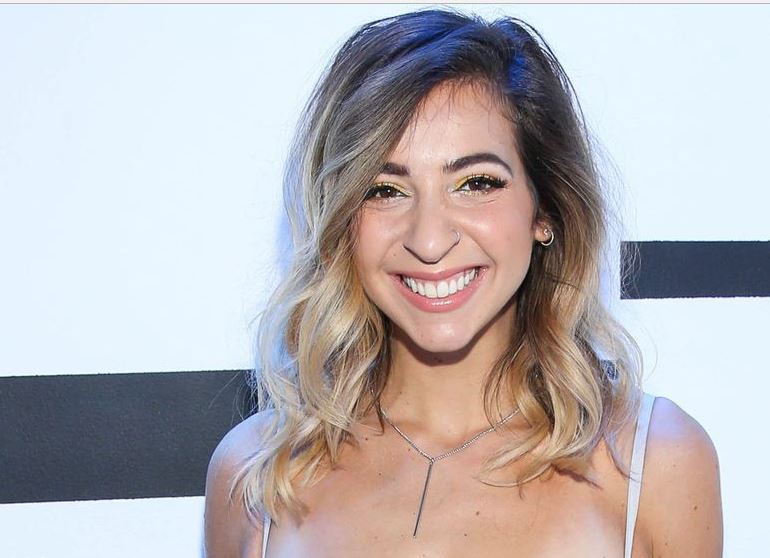 Gabbie Hanna is an American youtuber, Viner, comedian and an author who is most popular because of her vines and at present, her Youtube channel. Hanna is also a singer and a songwriter who has released a poetry book which she named as “Adultolescence” along with her debut songs.

Hanna often puts up serious issues related to mental health on her songs which is often very informative. In addition, she also notes her experiences in those songs. The Youtuber has further released two songs that relate to such content. She is also friends with Youtuber like Liza Koshy.

Gabbie Hanna was born as Gabrielle Jeannette Hanna on  February 7, 1991, in New Castle, Pennsylvania, which makes her nationality an American. Hanna originally is of  Lebanese, French, and Polish descent. In addition, she went to the University of Pittsburgh from where she received a degree in psychology and communications. She worked as a bartender in Indiana, Pennsylvania after which she eventually moved to LA, California.

Hanna first started her career on the internet as a Viner. She first uploaded skits on Vine after which she slowly gained around 5 million followers on her Vine account. Eventually, she started out on Youtube with the channel named, The Gabbie Show. The Gabbie Show is now known as Gabbie Hanna. In the channel, she posted her “storytime videos” which became popular with her fans and her audiences. Prior to that, she had also worked in Buzzfeed appearing in some of their videos.

As of later, Gabbie also took her career to the next level trying out her luck on several other projects like music and writing. She first released her debut single, “Out Loud” on September 2017. Later she also released her debut book with the title, Adultolescence at the same time of the year. Her song Out Loud gained around 1.8m views within the first 24 hours of the release while also gaining good reviews.

Gabbie Hanna’s personal life is not really the major topic as she always shifts the focus towards her professional goals and achievements. However, many of her fans were curious about her relationship status and her boyfriend. Gabbie was said to be previously dating the American actor Desmond Harrington. However, the news is not confirmed by two of them.

At present, Gabbie is said to be single and not dating anyone. Her social media profiles are enough explanatory to give us the idea that she is single at the moment.