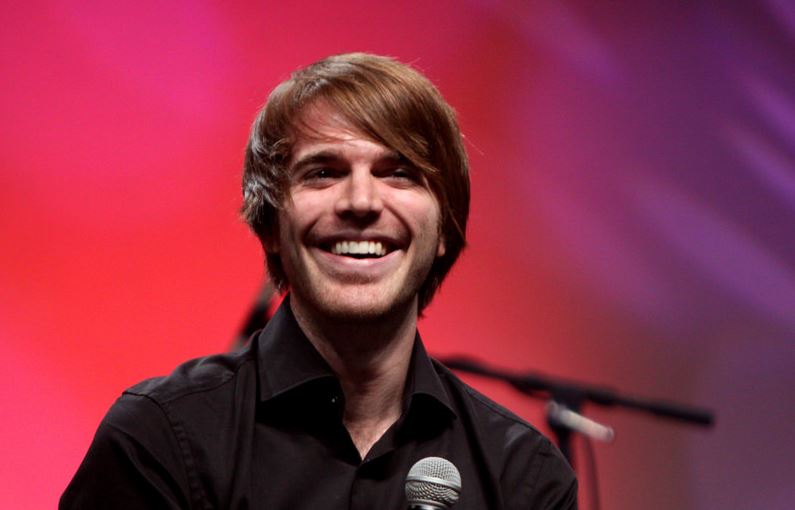 Shane Dawson is an American Youtuber, author, artist, and songwriter who is popular for his Youtube channel where he posts mostly comedy videos and sketches. His videos often are parodies and even famous celebrity impressions are most popular with the channel’s audiences.

In addition to his Youtube career, Dawson has also produced and acted in several TV shows and podcasts. Shane also became an author with his books titled  I Hate Myselfie: A Collection of Essays and  It Gets Worse: A Collection of Essays which he released in 2015 and 2016 subsequently. In addition, he has also collaborated with Youtubers like Jenna Marbles, Markiplier and more.

got me a taser teehee ☺️💥

Shane Dawson was born on July 19, 1988, in Long Beach, California, the U.S. which makes his nationality an American. Dawson also has two brothers of his own. Talking about Dawson’s earlier life, he had been abused in the hands of his alcoholic father as a teenager. As an overweight as a teenager, he was often bullied by the people for his family’s poor economic conditions. His interest in the internet grew when he was engaged in making videos as school projects.

actual picture of me being distracted by cake in 1995… nothing's changed.

In the year 2008, he first created his Youtube channel under the name ShaneDawsonTV which is still running under the same name. During his initial years, he worked at Jenny Craig along with his mother and his brothers. He lost his job when he uploaded a video on Youtube pole dancing on the same building along with his family. Dawson’s video titled Fred is Dead received over 24 million views which made this his most viewed video. The Youtuber occasionally posts videos that are comedy videos, parodies, and short web films on his channel. Later in the year 2013, Shane started a podcast on his channel he named Shane and Friends. In the podcast, he invites fellow YouTubers and interviews them.

Apart from his Youtube career, Dawson has also been producing several films and documentaries. In the year 2015 and 2016, he released two books which were his memoirs and consisted of several essays where talked about his personal life and more.

Sick on the couch all weekend with my sick family 😷❤️

Later Dawson began dating his boyfriend, Ryland Adams who is also his present partner. The two live together in  Los Angeles, California and own two dogs and a cat together with names, Uno, Honey, and Cheeto.

Dawson has made several viral and popular videos on his channel that has helped him increase his status on Youtube. He currently has 14.1 million+ subscribers on his official channel Shane. Similarly, around 8.2 million+ on ShaneDawson TV and  2.2 million on his inactive channel Human Emoji. The total number of views on all his channels are around 3.7 billion, 1.1 billion and 97.9 million respectively. His net worth estimation is $4 million.