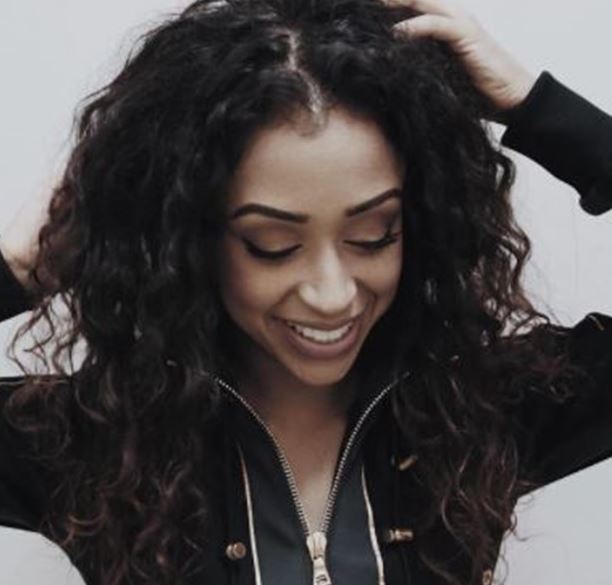 Liza Koshy is an American Youtuber, actress, and also a television host who is most popular among people for her videos on Youtube channel. Koshy also hosted few TV shows in the year 2017 while also featuring on some movies and TV shows as well.

Koshy first began her career on the internet as a Viner before turning into a Youtube sensation. Today, she is one of the most popular Youtube celebrities and within a short span of her career, she has also actively taken part in many television shows. Get to know PewDiePie’s net worth in detail here.

when she says "i only have guy friends"

Liza Koshy was born on  March 31, 1996, in  Houston, Texas which makes her nationality an American. Originally, Liza belongs to half Indian half American descent. Koshy’s parents are Jose Koshy, her father who is a petroleum executive, and her mother Jean Carol, who is a yoga instructor. She attended Lamar High School and was instructed two languages since her kindergarten, as a matter of fact, she can speak two languages fluently. Though she went to the University of Houston initially to attain a degree in business marketing, she dropped out and moved to Los Angeles to pursue her career.

can't celebrate a 21st birthday without posting a pic of me completely wasted. here it is! i know my birthday was 3 days ago, i've just been too drunk to type a caption. and still am. jk, i like brand deals. but thank you all for the love, fun and hangover tips! don't worry, there will be not be any drunk driving with liza. my sober driving is already dangerous enough. thank you Lord for blessing me with another year. ❤️

Her initial entrance to the internet world was through her Vines videos where she posted under the pseudonym “Lizzza”. While the Vine was ending she had already accumulated 5 million subscribers. On the other hand, her Youtube career was also expanding and she was receiving a good amount of attention for her videos that were usually quick paced, loaded with loud facial expressions and humorous content. This made her channel as one of the fastest growing channels on the internet to garner 10 million subscribers. She even has interviewed the former US president Barack Obama on her channel.

By 2018, Liza had over 15 million subscribers to her main channel while more than 6 million subscribers to her second channel. Apart from that she also has a Music.Ly account where she has 11m followers. In the year 2016, Liza also played in a Hulu original horror series Freakish as Violet Adams while also featuring on Youtube premium productions. In addition, Liza also hosted the live preshow at the 2017 Golden Globes Awards and a Nickelodeon game show from 2018.

The Youtube star and internet personality was famously dating fellow Youtuber and her former partner, David Dobrik. The Youtuber couple began dating in the year 2015. But their relationship did not really last long and they broke up in the year 2017.

Breaking up is rough. But at least I get to go through it with my best friend. David, you're a constant reminder of what I aspire to be. You're the most genuinely kind person, a loyal, giving friend and a borderline-insane genius of a creator. Thank you for giving me and so many others so much joy and inspiration. The laugh and love they experience for minutes, I'm lucky to have for a lifetime. I'd say I'm excited to see all that your brilliance will achieve, but I'll be there front row to watch it all, so I'll tell you then. Thank you for the best relationship, the best friendship and the best ride to the grocery store to make puns. I love you! I'm coming downstairs now!

Liza Koshy is not only the internet star but she is slowly rising to her TV success. As well as she began hosting several TV shows and live events. Koshy has around 15m subscribers on her main channel while more than 6m on her second channel. According to the reports, she has a combined total of more than 2B views and nearly 45M followers on social media.

i typed this caption with my toes because dang ma, would you look at those

Her net worth estimation and salary from Youtube are around $4 million. She even made a video about her net worth on her Youtube channel, titled “Googling Myself“. Koshy also has 16.7m followers on her Instagram page.