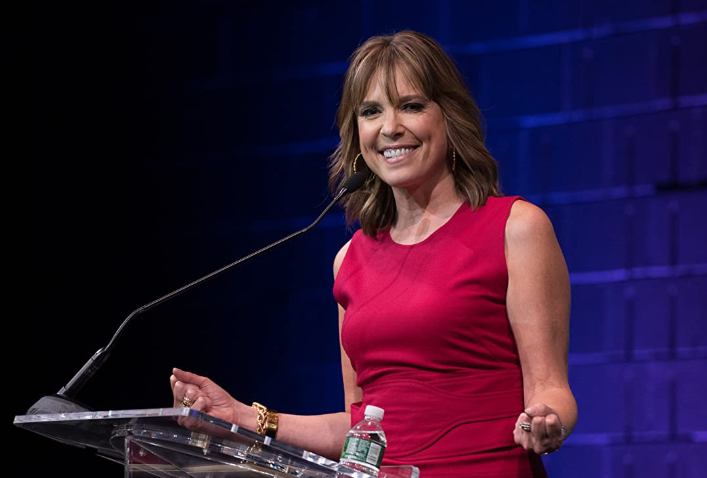 Hannah Storm, an American television sports journalist who is serving as the anchor of ESPN’s SportsCenter Face to Face. She also hosted the NBA Countdown pregame show on ABC as part of the network’s NBA Sunday game coverage.

Moreover, the reporter has been burned badly when her propane gas grill exploded in December 2012. In the severe burns accident, she had lost her eyebrows, eyelashes and roughly her half hair. Further, she has sustained second-degree burns to her chest and hands along with first degree burns to her neck and face. Fortunately, she survived the accident and currently she is healthy and working diligently. Wanna know more about the ESPN reporter then stay tuned. 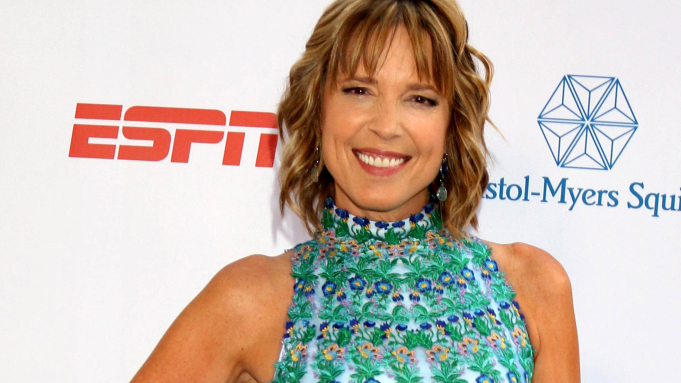 The ESPN reporter, Storm was born on 13 June 1962, in Oak Park, Illinois. Very little information on her parents and siblings. Moreover, her dad Mike Storen was a sports executive and commissioner of the American Basketball Association.

Regarding her education, she graduated from Westminister School of Atlanta. Then she joined the University of Notre Dame with degrees in political science and communication. After graduation, she took a job as a disc jockey at KNCN (C-101) in Corpus Christi, Texas. Then she got a job at a Houston rock station KSRR 97 Rock as the drive-time sportscaster and traffic reporter after six months.

She had gained the first experience working with the network CNN as a female host. There she became anchorman for CNN Sports Tonight from 1989 to 1992. Her works with the network included hosting Major League Baseball Preview and reported from spring training. After that, she joined NBC CPorts in May 1992 till 2002. Further, she hosted the Olympic Games, NBA, and WNBA basketball, the National Football League, and figure skating and Major League Baseball.

Furthermore, she became the first woman in American television history to act as a solo host of a network’s sports package. She hosted NBC Major League Baseball games from 1994 to 2000. Then she moved to CBS News in October 2002 and became one of the hosts of ‘The Early Show’. For the show, she covered major news events, including the Iraq War, Hurricane Katrina, Super Bowls XLI and XXXVIII, the 2004 Democratic National Convention, amongst many others.

Before joining ESPN in 2008, she had her last day as an Early Show co-host on 7 December 2007. Storm joined ESPN on May 10, 2008. Since then, she began anchoring ‘SportsCenter’ weekdays except for Fridays during the NFL season. And from 9 am until noon and on Sunday mornings during the NFL season with Bob Ley. Additionally, she and Andrea Kremer became the first female duo to call an NFL game for the work they did in Amazon Prime Stream of Thursday Night Football.

If you are wondering whether the journalist is married or not? If yes, then how many kids does he have and what her husband does? Well, the beautiful lady has married sportscaster Dan Hicks. Hicks works for the alternative sports network NBC Sports since 1992. The couple first met while Hicks worked for CNN and hitched on 8 January 1994. The duo together welcomed three daughters: Hannah, Ellery, and Riley. Storm with her family resides in Greenwich, Connecticut.

Besides that, she has founded the Hannah Storm Foundation that focused on raising awareness and provides treatment for children suffering from debilitating and disfiguring. As she always talks about born with a large port-wine stain birthmark under her left eye. Additionally, she also sits on the boards of the Tribeca Film Festival as well as Colgate Women’s Sports Awards. She has also involved with 21st Century Kids 1st Foundation. 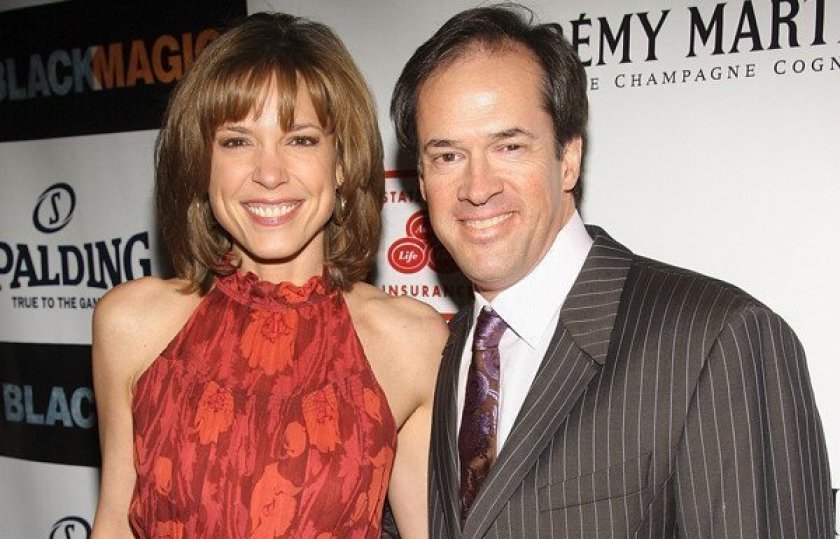 The American sports journalist has earned good wealth and fame from her career. Therefore, she has a net worth estimation of around $4 million.

Happy #NationalPuppyDay from me and my beloved boys, Ozzy and Buttons 🐶♥️

The American reporter is a fit and well-toned body that has 5 feet 6 inches or 1.67 meters. She has body measurements of 34-26-32 inches with an unknown weight. She has dark brown eyes and hair color.