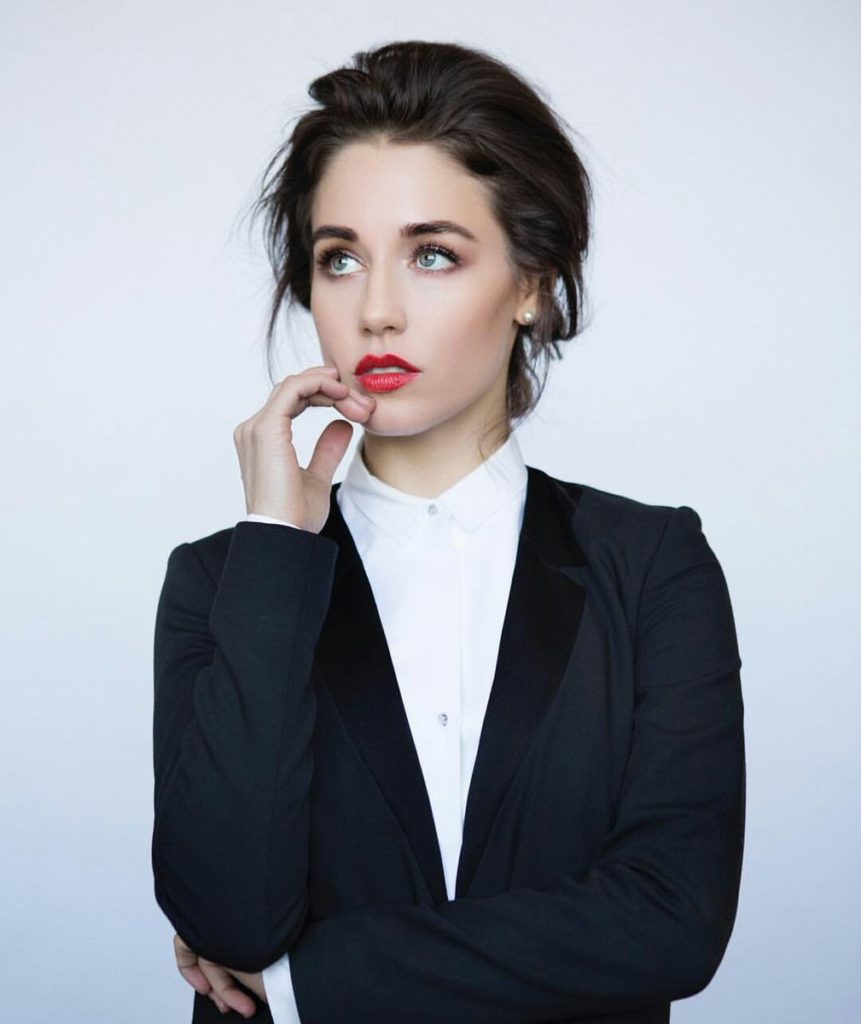 Jade Tailor is an American actress famous for her role as “Kady” in the Sci-fi series, “The Magicians”. The beautiful actress is also very well known for her work in the 2016 thriller movie, “48 Hours to Live” where she was cast as Ivy. Whilst she is not yet a household name in Hollywood, Jade is slowly but surely climbing to get to the top of this industry.

Jade began her acting career in 2007 and has gone on to land roles in various movies and television series. All in all, Tailer has done pretty well with all the roles that she has been trusted with and we are sure to see more from her. Let us now get to know a bit more about her, shall we?

Also… The day may be coming to a close, but it is never to late to celebrate happiness! And today is #internationaldayofhappiness So… I hope this reminds you of all of the things that bring you joy and of the wonderful gifts you have in your life, and I hope it makes you smile. Though simply knowing you're here, that you are alive… That is reason enough. Wishing you all a happy and joy filled rest of your day! Happy #InternationalDayofHappiness #smile #yourealive

Jessica Lee Kravich was born on the 12th of August, 1985, in Hollywood, Los Angeles, California. As per our understanding, Tailor is of mixed ethnicity with her father coming from an Isreali background and mother from a Native American and Western European background. Jade’s mother Sally was a former actress and was a source of inspiration for her. Her father, Josef P. Kravich, on the other hand, was a Jewish businessman. Unfortunately, Jade and her older brother Shawn had to see their parents split up. Later, the siblings began living with their mom who went to marry Tom Malone.

I've missed this one so ❤️ My amazing brother @skwire ☺️

From a very young age, Jade was a child with high energy. She began taking gymnastics classes when she was only three and just a later joined ballet classes. She joined a performance arts-based high school where she was constantly developing her artistic skills. Next, after graduating, she went to New York to learn more about various arts in the entertainment industry.

One week till the Magic is back!!! @magicianssyfy

Jade then went to make her professional debut in 2007 with the horror-comedy movie, “You Are So Dead”. The very year, she was able to land a couple of other roles in short movies like, “A Perfect Day” and “Rex Buster”. Next, in 2008, Jade played the role of Angel in “The Chronicles of Curtis Tucker: “Letting Go” and “There Was a Girl.”

Come chat with us tomorrow on @twitter at 5/6 EST!!! I’m an open book so ask me anything! Except for spoilers…. Maybe 😘

Tailor also found significant fame for her appearance in the television show, True Blood alongside Aunjanue Ellis. You might also have noticed this beautiful actress in movies like, “Losing Control”, “Don’t Pass Me By”, “In My Sleep”, etc. Her big break, however, came in 2015 when she landed a recurring role in TNT’s “Murder in the First”.

Now looking at the personal aspects of Jade’s life, the 34-year old actress is yet to get married. She likes to keep her life to herself and avoids the unwanted attention of the media. Moreover, Tailor is focusing on her career and is not currently looking to get settled in.

The most beautiful gift I have ever received was the love of this perfect little creature. Missing my little fur baby ❤️ #restinpeacemyangel

Whilst Jade is still relatively a new name in the industry, she has been able to find her place in some of the best movies and television shows in Hollywood. She is constantly growing as an actress and makes a good sum of money doing what she does. As per reports, Tailor has a net worth of $2 million and is sure to make a lot more considering her abilities and her age.

Happy birthday, best friend🐻❤️May this one be the best year yet! Wishing you a year of the greatest joy, success, abundance and all that your incredible heart desires. You deserve the world and then some 🌎🎉

Jade is also pretty active on social media platforms. You can find her on Instagram where she has just over 90k followers. You can find the beautiful actress under the handle @jade.tailor.