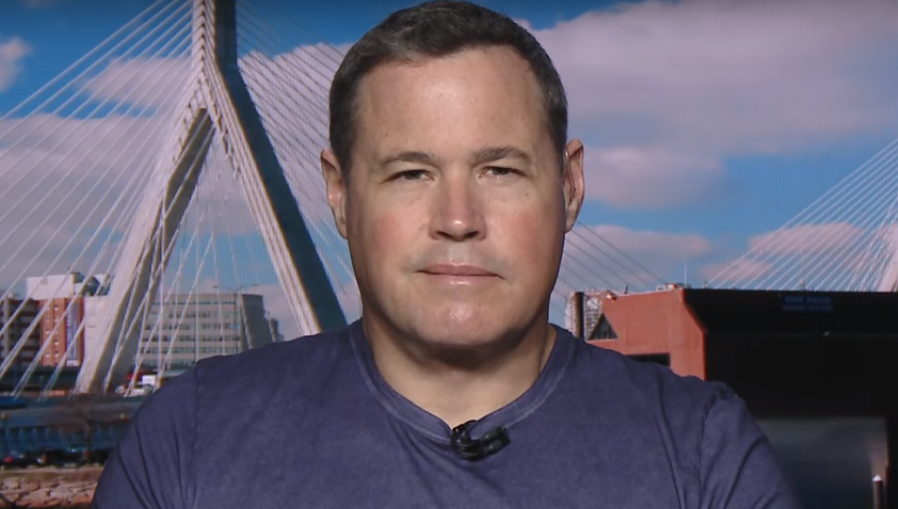 Jeff Corwin is an American wildlife conservationist, biologist, and Television presenter. He had hosted many shows on wildlife conservation, underwater world, and also environment correspondent for the Andrson Cooper 360 special ‘Planet in Peril’. Besides these, he has also appeared in a few numbers of television crime drama as himself. Also, Corwin has given his voice for the alligator expert in an episode of ‘The Hub’s Pound Puppies’.

Further, till now he has been not involved in any sorts of controversies or rumors. But, once an elderly couple has sued him for trespassing in their properties in Norwell, Massachusetts. Also, they further stated that he chopped down the woods to create a hunting ground and illegally hunting deer as well.

Read about the American biologist and Television presenter, Jeremy Wade.

A tiny treasure! Behold a marvelous miniaturized primate, one of the tiniest of them all: the mouse lemur from Madagascar. I recently discovered this new species filming for @abcoceantreks . . . . . . . #madagascar #lemur #primate #paradise #tv #wild #adventure #jeffcorwin #oceantreks #travel #nature #explore #findyourownadventure

The popular American television personality was born on 11 July 1967 which makes his age 52. He was born and raised in Norwell, Massachusetts along with his parents Marcy and Valerie Corwin. His father was a policeman and mother, a homemaker. He has en ethnicity of Hungarian and Romanian.

Jeff has attended and graduated from Norwell High School. Upon graduation from high school, he went on to join the Eastern Nazarene College in Quincy, Massachusetts where he spent his freshmen year. Then he joined Bridgewater State University in Bridgewater where he got a bachelor of science degree in biology and anthropology.

Getting dirty with #elephants in #Kenya, on #throwbackthursday, who are trained to use their sharp memory and strong sense of smell to sniff out poachers. Did you know an elephant trunk has over 40,000 muscles? #jeffcorwin #coolfacts #tbt #wildlife

To get his degree in master of science, he attended Univesity of Massachusetts Amherst. There he pursued the study in wildlife and fisheries conservation and did work on snakes and bats as well. Furthermore, in 1999, he got an honorary doctorate from Bridgewater in public education. Also in 2018, he was honored by Doctorate of Sustainability science by the Unity College. In addition, The U.S. Army Academy of Health Sciences, Fort Sam Houston, Texas has also conferred him as a certified in Advanced Field Medical Specialist.

He made his television debut as an expedition naturalist in 1994 for the documentary series titled ‘The JASON Project’. The series had been led by oceanographer Bob Ballard and sponsored by National Geographic. However, the exact beginning of his career has not disclosed. But he has gained the first experience in 1984 in the tropical rain forest of Belize. During his college days, he had worked as an active conservative of rain forest in Central and South America. In 1993, regarding the conservation of rain forest, he was addressed as the general assembly of the united nations. Also, he conducts lectures on wildlife, gold mining, ecology, and conservation throughout the USA.

Then Jeff has hosted a Disney Channel show ‘Going Wild with Jeff Corwin from 1997-1999. After that, he hosted the shows like ‘The Jeff Corwin Experience’ from 2001-2003 for Animal Planet. Next, he presented another wildlife documentary TV program ‘Corwin’s Quest’ from 2005 to 2006. In 2007, he hosted Travel Channel show ‘Into Alaska with Jeff Corwin’. In the same year, he became environment correspondent for Anderson Cooper 360 special ‘Planet in Peril’, in the sponsor of CNN, along with co-host neurosurgeon Sanjay Gupta.

My heart goes out to the horrors that occurred in Sri Lanka today. We had such an amazing time filming there for @abcoceantreks! Sri Lanka is a beautiful and welcoming country and I send peace and love its way. #srilanka

His other documentary shows include 2009 ‘Feeling the Heat’, MSNBC ‘Future Earth: 100 Heartbeats’. He became a geologist for the MSNBC to help for the explanation of a tsunami that hit in Japan in 2011. In the same year, he hosted and became the executive producer for the ABC wildlife adventure program ‘Ocean Mysteries with Jeff Corwin which aired till 2016.

In 2016, he began to host his current ABC show ‘Ocean Treks with Jeff Corwin’. Additionally, he has appeared in an episode of ‘CSI: Miami’ as himself and played the friend of character Eric Delko(Adam Rodriguez).

Being a popular Biologist and TV presenter, of course, many people would love to have a look in his personal life as well as his love life. Also, you must be wondering whether the biologist has been married or not. Well, Jeff is already a happily married man. He has married the lovely lady called Natasha Soultanova Corwin. But sadly, there is not much information available on his beautiful wife. Further, the couple together has given birth to two sweet daughters. They are Maya Rose born on 6 July 2003 and Marina on 11 September 2008.

Moreover, Jeff seems pretty much a private person as he has successfully hidden his personal data under the curtains, only limited information has been disclosed. Corwin has not involved in any controversy or rumors, even no signs of extramarital affairs.

Being a popular American conservationist and television personality, he has made a good income out of it. Therefore, as of now, his net worth has an estimation of around $3 million. However, Corwin has not provided concrete information on his net worth. He has bought the house worth over a million in Marshfield, Massachusetts, where he lived with his family.

The handsome TV personality has a great physique that stands to a height of 5 feet 10 inches or 1.77 meters. Further, he has not provided information on his body measurements as well as body weights. He has brown hair and eye color.