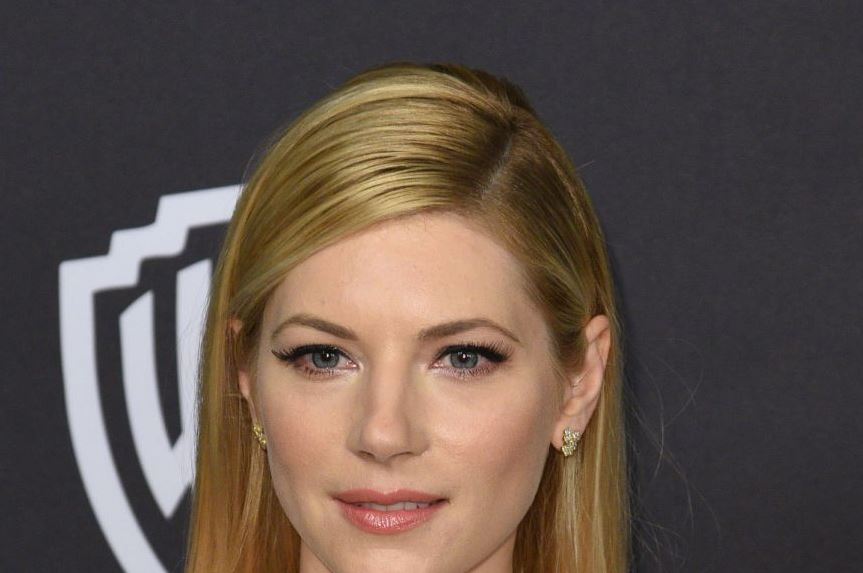 Tags: A Glimpse Inside the mind of Charles Swan IIIActresscanadianCSILaw & OrdersingleVikings franchise

Katheryn Winnick is a Canadian actress who is best known for her roles in movies like Amusement, A Glimpse Inside the Mind of Charles Swan III, Vikings franchise and more. Katherine has also done some TV roles in popular shows like  Law & Order, CSI, and many others.

Winnick has also been featured as one of the lead casts in the popular video game  Call of Duty: WWII. The actress actually belongs to a Ukranian descent. Let’s find out more about Katheryn’s personal life and work.

Katheryn Winnick was born on December 17, 1977, in Etobicoke, Ontario, Canada which makes her nationality a Canadian. Winnick belongs to a Ukranian descent which led her to speak in the Ukranian language long before speaking English. She only spoke English when she was eight years old. As she was interested in the martial arts, she began training at the age of seven and is a black belt since the young age of 13.

Winnick started her career in acting after appearing in some of the popular movies like Stand Up Guys, Failure to Launch, Love & Other Drugs, and Killers. In addition, she has also guest starred in a variety of other popular television series that include House, Bones, Law & Order, Law & Order: Criminal Intent, CSI alongside Ty Simpkins, Criminal Minds, The Glades, Person of Interest.  Later in 2013, she starred in comedy-drama movie titled   A Glimpse Inside the Mind of Charles Swan III. Similarly, she also played the role of Lagertha in History Channel’s hit, Vikings.

In honor of last weeks Mother’s Day.. Send me a video of why your mom or significant other is a Warrior Mother.. Will re-post the winner and a special something from me. Don’t forget to # #winnickwednesday so I see it! x

Katheryn Winnick’s personal life is so well preserved it’s hard to take out the details.  The beautiful Canadian who is popular for her role as a badass female protagonist in the series “Vikings” never had any public affairs as such. So is Katheryn Winnick married at the moment? well, the answer to that question is no. She is currently single and doesn’t have any husband.

Happy Mother’s Day to all the warrior mothers out there who slay taking care of their own. #family #mothersday

However, her reel life husband, Travis Fimmel from Vikings is sometimes linked to her in real life. Travis and Katheryn appear opposite to one another in the show and they sure do have a great chemistry. Winnick often also talks about her co-star and is all praises for him. Therefore there are often speculations leading to the couple’s real-life romance as well.

Katheryn Winnick has now spent around 18 years in the industry. The 40-year-old actress has done plenty of works in her career, from TV to movies and to video games as well. It is sure that she makes a good deal out of the showbiz which is why she has a net worth estimation of $1 million. Though her net worth is available, the exact amount of salary she makes and receives as income is a mystery.