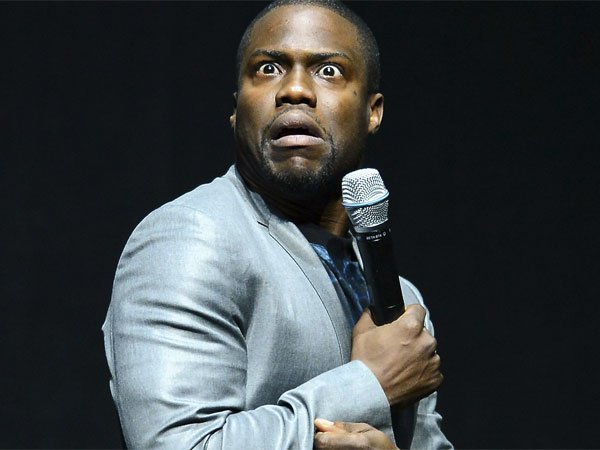 Kevin Hart is an American actor and a comedian who famous for his outstanding humor. He is is especially in demand in action comedy movies or adventure films. He started his career by winning several amateur comedy competitions at clubs.

Hart has a cute height of 5 feet 4 inches which makes him even more adored by his fan. Let’s get to know more about the famous comedian actor.

Get comfortable damn it….Go get you some Tommy John X Kevin Hart undewear!!!! Quality & Comfort at its best!!!!!

Kevin was born on July 6, 1979, in Philadelphia, Pennsylvania, USA to Henry Robert Witherspoon and Nancy Hart. He grew up with his single mom, Nancy and his brother named Robert Hart. Hart is American by nationality and is of African-American ethnicity.

Talking about his educational background, he graduated from high school in his native place. Later, he got into Community College of Philadelphia. Kevin then moved to New York City. After that moved to Brockton, Massachusetts, and found work as a shoe salesman.

Kevin Hart began a career in stand-up comedy after performing at an amateur night at a club in Philadelphia. Moreover, became famous with his comedy act in 2010.

I put blood sweat and tears into this business people….I am just getting started. 2018 & 2019 will be my biggest and best!!!! #ComedicRockStarShit #BoxOfficeKiller #HustleHart #Motivation #inspiration

The actor has won numerous awards in his career. He won three NAACP Image Awards for Real Husbands of Hollywood in 2o14 and even won several People’s Choice Awards and Kids’ Choice Awards.

Who wouldn’t want to marry the most humorous person? Well, let’s see who got lucky. Kevin has been married twice. He was married to Torrei Hart who is also an actress. They got married on May 22, 2003. The duo has two children named Hendrix Hart and Heaven Hart. Due to their differences, they filed for divorce in February 2010. Finally, in November 2011, the divorce got official.

Kevin’s second wife’s name is Eniko Parrish. They had their dreamy wedding on August 13, 2016. The couple recently had a child together. His name is Kenzo Kash Hart. The family is living a healthy and happy life together.

Kevin Hart, being a comedian actor has a net worth of 120 million dollars.

Being a celebrity usually means s/he is followed by a certain rumor or controversy. Similarly, we do have something on Kevin Hart as well. He was arrested on suspicion of drunk driving after his black Mercedes nearly collided with a tanker truck on a Southern California freeway on April 14, 2013. Later on August 5, 2013, Hart was sentenced to three years of probation after pleading no contest to one count of driving under the influence of alcohol.