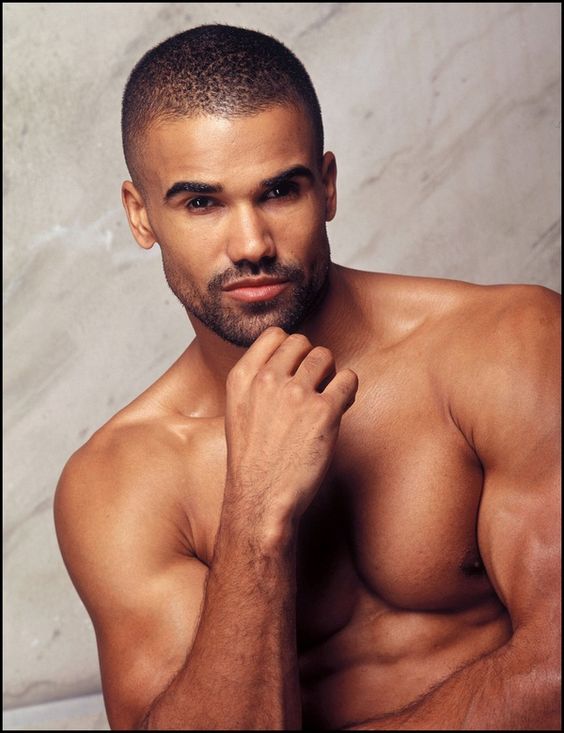 Shemar Moore is non-other than the hot and talented actor who is especially known for his part on “Criminal Minds”.  The actor has been in Hollywood for over a decade and counting. Besides being an actor, he also one of the top model.

Red Carpet Steppin'!!! Toronto Much Music Video Awards!!! This city knows how to make some noise and have a party!!! 😜😎✌🏾️❤️

Shemar was born as Shemar Franklin Moore on April 20, 1970, in Oakland, California. He was born to an African-American father named Sherrod Moore and a Caucasian (Irish and French-Canadian) mother Marilyn Wilson. Shemar’s parents split up when he was a baby. He grew up with his mother who is a mathematician who works as a business consultant. His mom had moved with him to Europe where she worked as a teacher.

Moore attended a British private school in Europe. After seven years he and his mother returned to the US and settled in Chico, California. Shemar then got into Santa Clara University where he took theater arts as a minor and communications as a major. Initially, he aspired to become a professional baseball player, however, an injury in college saw him kiss that path goodbye. While in college, Moore put his athletic body to good use by modeling to pay his bills. After his college, he moved to Los Angeles and began pursuing an acting career.

Previously Shemar had to work in a coffee shop as a waiter. Then later slowly got into an advertisement for a shaving cream in ‘GQ’ Magazine which gave him the required exposure and was invited to audition for other numerous advertisement and television shows.

My Criminal Minds Family Surprised me at City Walk Universal Studios here in Los Angeles last night and showed up to hug n goof with me and fans AND watch MY movie… I'm soooooo touched and grateful… my CM family for life!!! Aint me and my original Baby Girl Cute?!!! And… Pretty Boy Mathew is swagging with his Rock Star long hair… AJ is too sexy cute with her stud husband.. paget's husband, Steve showing love.. Poppa Joe Mantegna rocking his Baby Girl Swag….. HAPPY TIMES and HAPPY HOLIDAYS to EVERYONE!!!" 🙏🏾❤️🎅🏽✌🏾️😜

The actor then began playing the role of Derek Morgan on ‘Criminal Minds’ in 2005. He has worked in numerous movies and television series throughout his career. Some of which includes ‘The Bounce Back’, ‘Kill Me, Deadly’, ‘Diary of a Mad Black Woman’, ‘Greener’, ‘The Seat Filler’, ‘Half & Half’, ‘Nikki and Nora’, ‘Chasing Alice’, ‘The Brothers’, ‘Box Marley’, ‘Celebrity’, ‘Moesha’, Living Single’, ‘The Jamie Foxx Show’, ‘The Nanny’, ‘Arli$$’, ‘Hav Plenty’.

Baby Girls, Fans, n Homies! AMC Ticket PRE-SALES for THE BOUNCE BACK are now available!!! Follow this link (in BIO also) https://www.amctheatres.com/movies/the-bounce-back – enter your city to find a theater/showtimes near you! Screens are still being added so keep checking back for your city if you don't see it! 😀😀Post a picture of yourself with your pre-sale tickets to your Instagram with the # tag – #Thebouncebackmovie so we can find you and share the LOVE!!!!! 😘😘 The Bounce Back is a fun movie about Finding Love and Letting Love in… made just for you, I'm proud n excited to share this movie with you on December 9th!! OFFICIAL TRAILERS : You Tube https://youtu.be/V8a45OCiP1k and Apple: http://trailers.apple.com/trailers/independent/the-bounce-back/ Much Love, Shemar 😘😘✌🏽️✌🏽️😍😍

Shemar Moore’s net worth is estimated to be around $ 16 million and has an estimated salary of roughly $175k per episode.

Now m0ving on to Shemar’s personal life and dating history, he has been in a first reported relationship with a renowned American actress, Bobbie Phillips, back in 1993. However, they couldn’t work out for even a year so in 1994 he dated Toni Braxton. They dated from November to May.

Further, after ending it with Toni, he stayed single for a couple of years. Then in 1997, he started dating Halle Berry. But then again, they broke up in about a year. Similarly, he also dated Ashle Scott for about a year from 2002 to 2003.

Moreover, talking about recent relationships, he started dating Kimberley Elise in October 2005. However, it is still a long time ago. Just like most of his relationships, this also ended in about a year. His last reported girlfriend is Shawna Gordon but it is not sure if they are still dating.