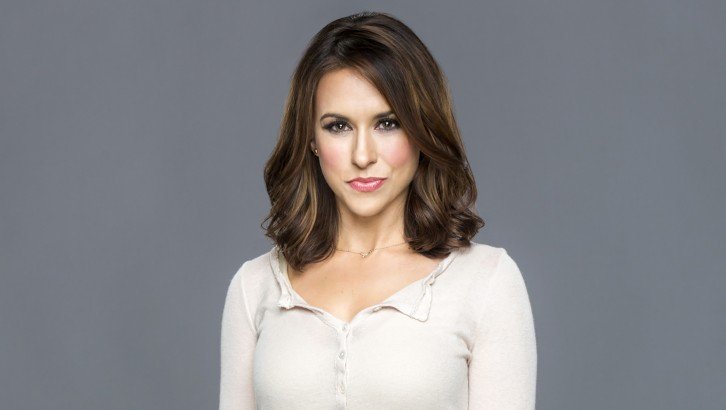 The third actress to play the role of ‘Bianca Montgomery’ in series ‘All My Children’, Lacey Chabert is also a singer and voice actress. She started her career as a child actress in theatres and series. Followed by the role of ‘Claudia Salinger’ in TV drama ‘Party of Five(1994-2000)’ where Tamara Taylor and Maggie Lawson were seen in a recurring role.

Besides, she also voiced for the ‘Eliza Thornberry’ in animated series ‘The Wild Thornberrys’. Additionally, The ‘Mean Girl’ actress has secretly married to her long-term boyfriend, David Nehdar since 2013. Let us scroll down to find more interesting details of the talented actress.

The actress was born on 30 September 1982, which makes her age 36, in Purvis, Mississippi. She was born as a third child to four kids of Tony and Julie Chabert. Lacey has an ancestry of English, Italian, Scottish, Cajun, and Sicilian. She has three siblings: elder sister Chrissy and Wendy Chabert. Her younger brother is T.J Chabert. She was nicknamed as ‘Lay Lay’ and Dynamite Termite by her dad.

In 1985, she participated in the ‘World’s Our Little Miss Scholarship Competition’ and won the title ‘World’s Baby Petite’. She started her career from a young age of 10. She played the role of young Cosette in the Broadway production of ‘Les Misérables’ in 1992 and 1993.

On #nationalsiblingday I celebrate the best siblings a girl could ask for! Love you guys more than I can ever say ❤️ Miss you uncle Johnny #familyiseverything *I’m third over from the left in the purple for all those asking 🙂

She started off her acting career with the theatres as stated earlier. After that, she took the role of ‘Claudia Salinger’ in 1994 American television teen and family drama ‘Party of Five’. Then she appeared in a recurring and guest role in many series and drama. It includes ‘Hey Arnold! (1997-1998)’, ‘1998 Hercules’ as a voice of Callista, ‘2002 The Drew Carey Show’, ‘2013 Baby Daddy’, ‘A Royal Christmas’, and ‘Tess Harper’ in 2019 ‘The Crossword Mysteries’ and its sequels.

She debuted her voice actress career with the 1997 ‘Journey Beneath the Sea’ as a voice of ‘Merla’. After that, she had voiced for several animated series and films. Some of them are ‘singing voice in Anastasia’, ‘An American Tail’ series as a ‘Tanya’, ‘Bartz: Genie Magic’, ‘Scooby-D00! Mecha Mutt Menace’, ‘Rayman: The Animated Series’, and ‘Me, Eloise’, amongst others.

She made her film debut in the year 1998 space thriller ‘Lost in Space’ as a ‘Penny Robison’. Then she starred in 2004 ‘Mean Girls’ as ‘Gretchen Wieners’, following her role ‘Allison Henderson’ in ‘Shadows of Fear’. In 2006, she appeared in the remake of ‘Black Christmas’.

For her hard work and dedication, she has been applauded with 15 nominations and 6 wons. Further, she has been featured in various magazines and blogs including Maxim, Saturday Night, and Entertainment Weekly.

Lacey is a talented actress and been working in the industry from a young age. Also, she has become part of the hit animated series by giving her voice to it. Further, she is making a good profit out of her career. Therefore, her net worth has an estimation of $3 million. Additionally, her husband exact net worth is not disclosed. But according to some sources, his net worth has assumed to be around $9 million.

The ‘Mean Girls’ actress is one of the celebrities who prefer to keep their privacy to themselves and also managed to keep secret. However, being a celebrity, it is hard to escape from the media and fans. Therefore, we came to know that she has married secretly to her longtime boyfriend, David Nehdar. Nehdar born in the United States of America was interested in becoming an Entrepreneur from a young age.

On 22 December 2013, the couple tied a knot secretly in Los Angeles. Then on 1 September 2016, she gave her first child, daughter, Mimi Bella Nehdar. The actress is enjoying her motherhood and opens up her balancing motherhood & work in an interview with People.com.

The veteran actress has a height of 5 feet 2 inch or 1.57 meters. Chabert has a slim body type that measures to 37-24-35 inches and weighs 52 kg. She has dark brown hair and attractive hazel eye color.