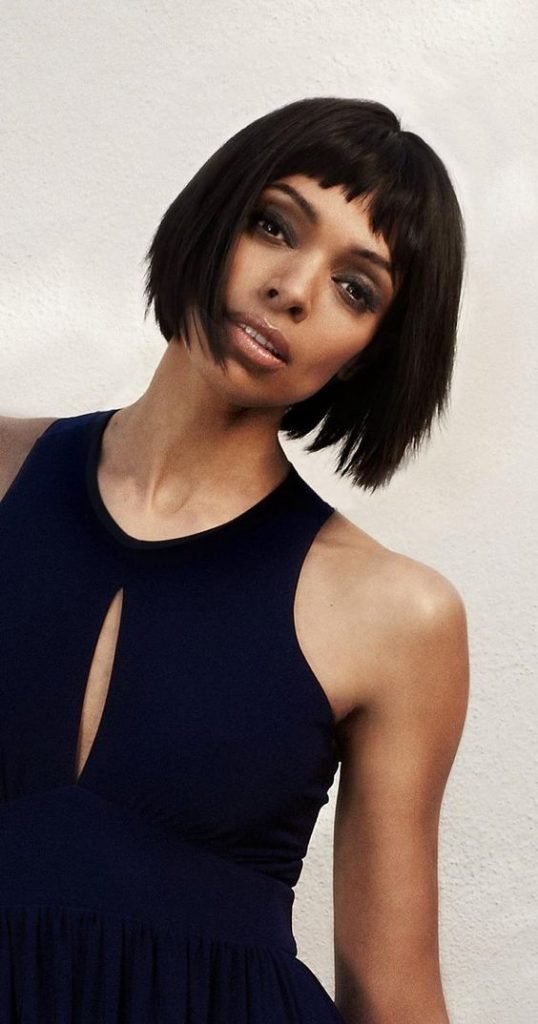 The talented Canadian-born actress Tamara Taylor is best known on TV for her role as forensic pathologist Dr. Camille Saroyan in 11 seasons of the Fox TV crime series ‘Bones’. Her role as Dr. Camille Saroyan was initially intended to be a guest role, however, turned out into a regular role because the character was well received by fans.

The 48-year-old woman was married to Miles Cooley a lawyer on June 10, 2007, later after five years got divorced. She has been focusing nothing but her career for now. Let’s get to know more about Tamara Taylor.

Tamara was born on September 27, 1970, in Toronto, Ontario, Canada to a black father and a Caucasian mother. Both of her parents are originally from Canada. Vaughn Grouse, her father is a musician whereas Deborah Reid, her mother served as a property manager. Tamara grew up with her mother as a single child, after her parents’ divorce. Her mother, however, has two children with her second husband Edde Taylor.

The actress revealed that she was a dropped out student. She dropped out of high school to pursue a career in modeling and to ‘see the world’. Her mom totally supported her decision and had Tamara enrolled in modeling classes so as to gain her confidence.

Taylor roved to Los Angeles to give acting a shot after visiting her bosom friend Cree Summer on the set of the NBC 90s sitcom ‘A Different World’. Later, she scored a role on an episode of ‘A Different World’ (1991). This led her to a number of other TV roles and commercials.

She got her breakthrough on the regular role of Grace Wilxon in the 90s family drama series ‘Party at Five’ (1996-97). Later she made guest appearances in other different drama series including ‘Dawson’s Creek’ (1998) where Monica Keena also played the role of ‘Abby Morgan’, ‘Early Edition’ (1999) and ‘Providence’ (1999).

In  2006, she again landed as a guest role on the second season of the crime series ‘Boner’. Due to her excellent performance, the producers then developed the character into a series regular which lasted from the 2nd to the 12th and the final season of the hit series.

Rollin' deep with this crew for 11yrs!! Love these nuts!!!❤️#BonesFinale pic.twitter.com/Ukr4cxG3mP

Later, She made a guest appearance on an episode on the reality series ‘Hell’s Kitchen’ and later in 2018, Tamara was cast in the Netflix Sci-fi series ‘Altered Carbon’ portrayed as Oumou Prescott.

Besides working for TV series, the actress has also worked for a number of movies. Some of which includes, ‘Senseless’ (1998), ‘Introducing Dorothy Dandridge’ (1999), and ‘Serenity’ (2005). She lent her voice to the wonder woman character Bekka in the animated superhero film ‘Justice League: Gods and Monsters’.

The fascinating Canadian-born actress has featured in several notables roles both on small as well as big screen. Through her busy acting career, she has amassed a net worth of $4 million. Adding to this, it is even expected to get higher as she takes on many more worthwhile roles.