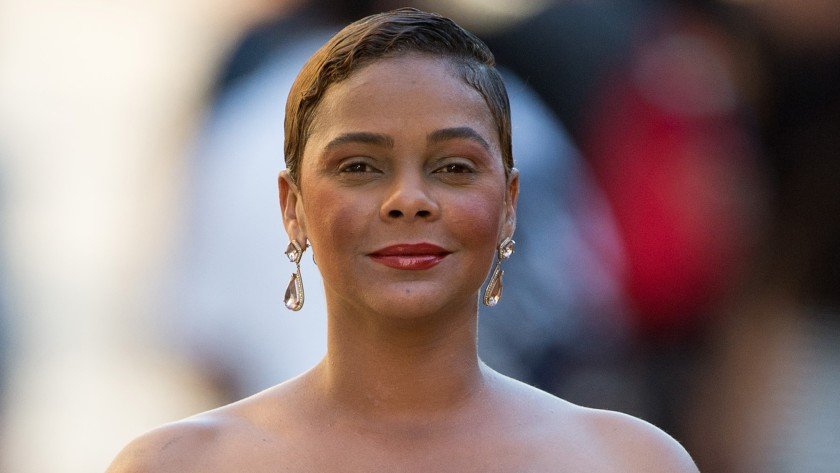 The American actress Lark Voorhies came to prominence after appearing as ‘Lisa Maria Turtle’ on NBC sitcom ‘Saved by the Bell’ and film series. For her work on the series, she was nominated six times for the Young Artist Award. Therefore, she won the award in 1990 and 1993.

Besides, she is also a singer, model, and spokeswoman. The actress was also involved in scandalous controversies around 2015. Moreover, Radaronline summarizes on 2 December 2015 that Lark’s ex-husband selling their raunchy sex tape after got an offered of $2 million. Keep on reading to know more about her personal life and details on her background. 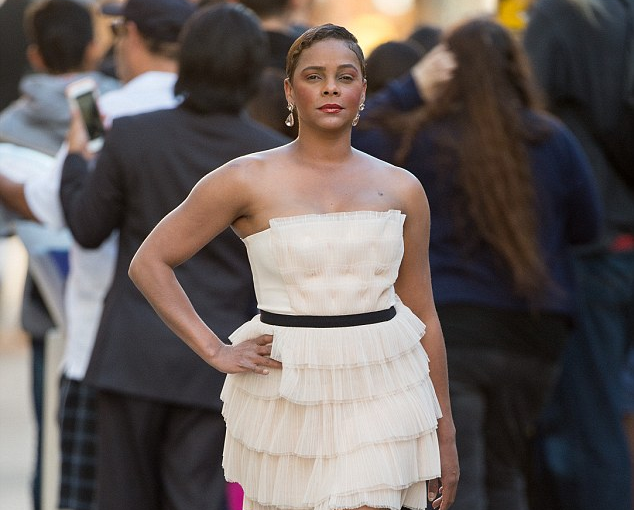 The veteran actress was born on 25 March 1974, in Nashville, Tennesse, the United States. She was born as Lark Holloway which later she adopted the last name as ‘Voorhies’, to the parents Wayne and Tricia Holloway. At the age of two, her family moved to Pasadena, California. Further, she has not revealed information on her siblings or family profession.

Regarding her education, by the age of two, she began her career in the entertainment industry. So, there is not much information about her academics qualifications. After moving to Pasadena, her mother took her to a talent agent but her first audition didn’t go well as she froze. After that, she appeared in several commercials and advertisements. In addition, at the age of twelve, she has appeared in the national television commercial of Universal Studios advertising for the King Kong attraction. There she screamed with other people in the tram.

As stated earlier, she started her acting career at the age of two, appearing in different advertisements. At the age of fourteen, she appeared in an episode of Tiffany Brissette starrer series ‘Small Wonder’. In the same year, she featured as a recurring role in Disney’s ‘Good Morning, Miss Bliss’, from 1988 to 1989. After that, she joined the cast of NBC ‘Saved by the Bell’ where she got her big breakthrough role as ‘Lisa Turtle’. Also, in the same role, she has worked on the TV movie ‘Saved by the Bell: Hawaiian Style’ and it’s series.

Hope you all are having a beautiful week! #blessed #larkvoorhies #thankyou

Voorhies also has landed as a guest star in several series and dramas. It includes 1992 ‘The Fresh Prince of Bel-Air’, 1993 ‘Getting By’, 1994 ‘Me and The Boys’, 1995 ‘Star Trek: Deep Space Nine’ & ‘Family Matters’, ‘The Last Don’, and ‘The Parkers’, amongst others. She has played the role of an intern fashion-designer in the series ‘The Bold and the Beautiful’ in 1987. In 1994, she left the series after her role demanded the sex scenes which ssh refused to do. Later in April 2004, she returned to the show but in the same year in June, she departed from the series.

As a singer, she has founded the third degree, ‘Alternative’ band and performed as a lead singer. But before that, she was in the group band ‘X-Girls’ along with Stacee and Yashi Brown. Further, she has appeared in a number of music videos as well including Boyz II Men’s ‘On Bended Knee’.

As a writer, she has written three self-published books ‘Trek of the Cheshire’, ‘Reciprocity’, and ‘A True Light’.

The celebrity always had been in the media for her past relationships as well as for various scandals. She first dated her co-actor Mark-Paul Gosselaar from the sitcom ‘Saved by the Bell’. Their love story duration only lasted following the series. Then in 1993, she was engaged to actor Martin Lawrence. However, their engagement called-off in 1994, reasons were not declared.

After two years, she married Miguel Coleman in the year 1996. Her marriage with the Coleman lasted about four years(i.e.,2001) and their divorce finalized in 2004. After a few years of her divorce, her heart started to fell for Jimmy Green, a music engineer. they first met at a networking event in 2014 then dating for a year, the couple decided to take it in the final level. On 30 April 2015, they exchanged vows and became to one another. Unfortunately, this marriage also turned to sour just in six months and divorced in October 2015. 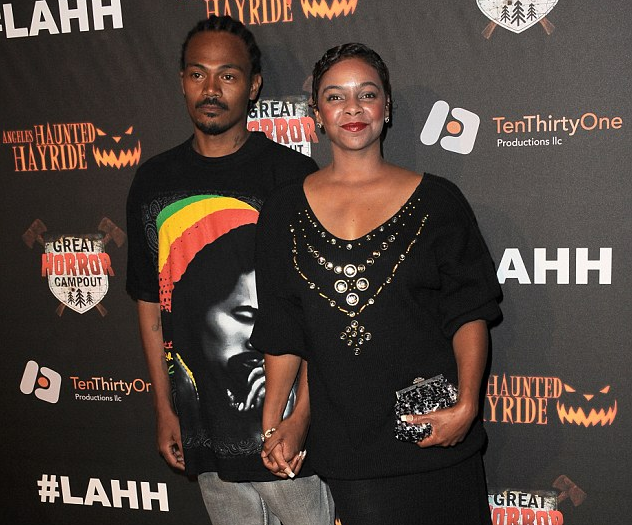 Caption: Lark and her ex-husband, Jimmy Green back in October 2014.
Source: Dailymail.co.uk

The scandalous women have involved in a variety of controversies and rumors.

Talking about her net worth, she has accumulated a good number of amount from her acting career as well as other ventures. As of now, her net worth has an estimation of around $500 thousand. Besides, she also gains a profitable amount from other endeavors like singing and spokesperson.

The 45 years-old actress and singer has a well-maintained body type that has a measurement of around 33-25-35 inches. She has an average height of 5 feet 3 inches or 1.60 meters and weighs around 55 kg which can vary slightly. She has black eye and hair color which is now dyed to blonde color.