Tiffany Brissette is a former American child actress you are sure to remember for her role as V.I.C.I. the Robot on the American sitcom “Small Wonder”. Brissette made her debut in acting when she was only 2 and has been one of the most prominent child actors in Hollywood. She also has made her appearances in TV series like ‘Equal Justice’ & ‘Parker Lewis Can’t Lose’.

Small Wonder was one of the most famous TV shows and it’s nostalgic just writing about it. Through the show, Tiffany was able to win many hearts. At such a young age, she was able to showcase her amazing acting skills and at 42 she is still an established name in Hollywood. Let us now get to know more about this actress. 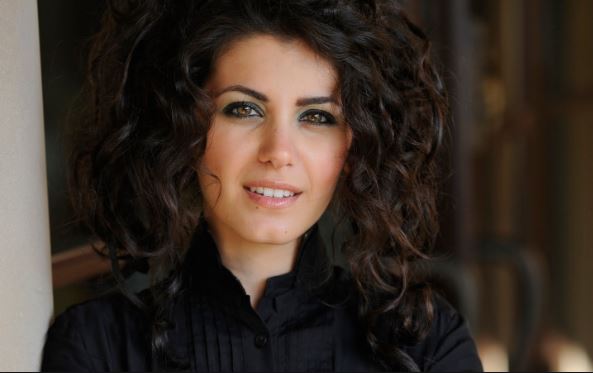 Caption: Tiffany Brissette on a photoshoot.

Tiffany Brissette was born on the 26th of December 1974. The Californian actress grew up famous as she started her path to Hollywood from a relatively young age. Tiffany is ethnically white and holds an American nationality. Not a lot is known about Brissette’s early years and her family but she did spend her entire childhood in California. 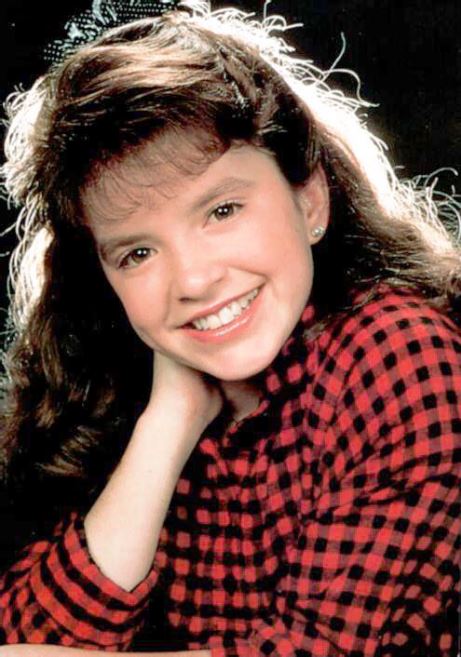 Tiffany began pursuing a career in acting at an age of 2. However, she did go to schools and colleges. She went to Westmont College and completed her bachelor’s degree in psychology.

Tiffany was introduced to the world of Hollywood from a very young age. She was participating in different pageants and talent competitions. Moreover, she was receiving all the support from her parents from the very start. Many commercial roles were assigned to the young kid for her abilities and looks.

Brissette officially entered the film industry when she was only 8. In 1982, she was a voice actress in the movie ‘A Woman Called Golda’. However, her actual movie debut came in 1983 when she acted in the movie ‘Heart Like a Wheel’ where she portrayed the character, Little Shirley.

Next came Tiffany’s one of the most recognizable roles. She was cast in the TV series “Small Wonders” where she was one of the lead characters. Brissette was Vicki the Robot for the series and made her appearance for 96 episodes from 1985-1989. After the success of the TV show, she went on to make her appearance in many more movies and TV series like, ‘Equal Justice’, ‘The Adventures of Teddy Ruxpin’, etc.

In 1991, Tiffany made her appearance as Annie Ricker in the series ‘Parker Lewis Can’t Lose.’ After her role in the series, she began focusing on her education and hasn’t returned to the film industry. She went on to graduate and then work in the Variety Club Telethon. Surprisingly, Tiffany began working as a nurse since 2007 in Boulder, Colorado.

We might not get to see Brissette as much as we’d want to in recent years. However, she has been a renowned actress who will always remain in our minds and hearts. Her performance on the show Small Wonder was just spectacular and is still widely known in the whole world.

Looking at the romantic side of her life, Brissette is currently a single woman. Not a lot is known about her present affairs as she likes to keep her personal life away from the eyes of media. She is an active member of Variety Club Telethon that takes care of terminally ill children.

Tiffany has been in and around Hollywood for many years now. She began her career with appearances in advertisements when she was only 2. By the time she had turned 8, she was getting roles for amazing movies and TV shows. So, it is pretty safe for us to assume that Brissette has made a good fortune in her career.

Happy birthday to Tiffany Brissette!! Watch her on Small Wonder, weekdays in 2018 on #AntennaTV. What's your favorite Vicki the Robot moment? pic.twitter.com/sPgPfIJVLj

Moreover, Brissette is the face for products like Care Bears, IBM, Kidco Toys, Beatrice Foods, etc and this has helped her allocate a massive sum. As of 2018, Tiffany has an estimated net worth of $1 million.