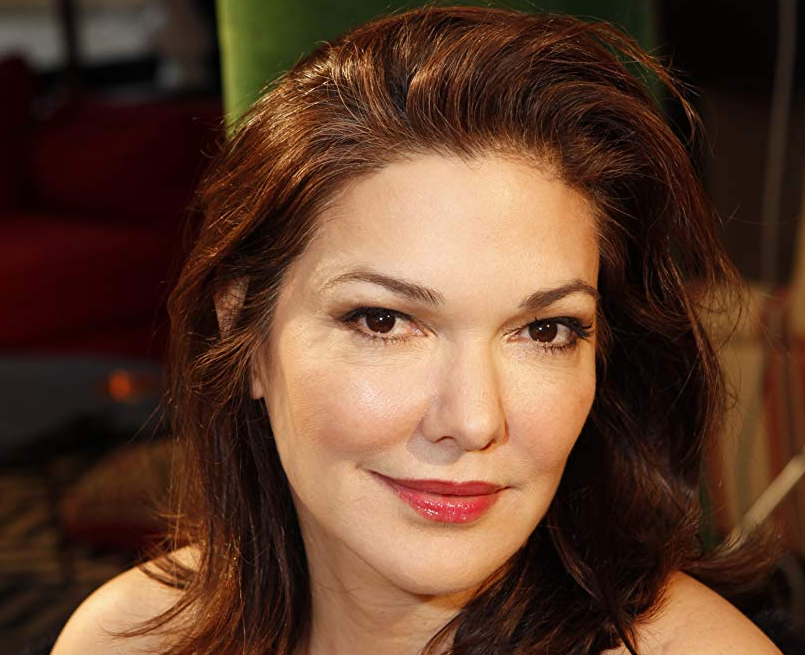 Laura Harring is a Mexican-American actress, known best for the role as ‘Rita’ in Oscar-nominated movie ‘Mulholland Drive’ in 2001. Further, she started her career in the industry as a model. Also, the actress has won the title of the first Hispanic woman to crowned as Miss USA 1985.

Laura has also worked in a number of movies and made a prominent place in the industry. However, the actress has a successful career but she has not a stable relationship. Let us scroll below to discover her relationship and personal life. But before that look on the bio and career of Harring.

Read about the actress Lauren Sivan and know her work and private life.

Laura was born on 3 March 1964, in Los Mochis, Sinaloa, Mexico, under the name Laura Elena Martinez Herring. Further, she commonly became popular with the name ‘Laura Harring’. She was born to Maria Elena Martinez-Cairo and Raymon Harring. Her mother worked as a secretary, real estate agent, and spiritual teacher as well. Her father was an organic farmer and developer. She grew up along with her sister Rita Harring. In 1971, their parent’s got a divorce and her mother remarried to Gaston Lima.

Her mother gave birth to daughter Maria Lima after marring to her second husband. Then later she spent her 10 years of life in Mexico and relocated to San Antonio, Texas. At the age of 12, she has been caught in a drive-by shooting and suffered a head wound. However, at the age of 16, he asked her parents to let her go study at Aiglon College, Switzerland. Afterward, on returning, she settled in El Paso, Texas, to compete in a beauty pageant. Thereafter, she won the title Miss El Paso USA and the Miss Texas USA. In 1985, she won the title of Miss USA, followed by her tour to throughout Asia and Europe. Also worked as a social worker in India for sometimes.

Additionally, in 1997, she played the role of ‘Paula Stevens in the series ‘Sunset Beach’. For which she received a nomination for ALMA Award for Outstanding Actress in a Daytime Soap opera.

Always celebrated #Mexico its rich #culture, the #music #food and everything else that makes it so #magical! So proud to be #celebrating it’s big #win yesterday!! #vivamexico #congratulations #worldcup 💕🌈👍🏻🦋🙏🏻

Her other notable roles are from the movies like ‘The Forbidden Dance’, ‘Black Scorpion II: Aftershock’, ‘Little Nicky’, ‘The Punisher’, ‘The Souls day’, and ‘The Thinning’.

Coming over to the personal life of Laura, she has not much to say about her private life. Since she is a divorcee and leading a single life. The 55 years old actress has been enjoying her single life at the moment and not linked with any guys. Well, if you are wondering about her sexual preference then to inform you, she is straight.

Previously, on 12 February 1987, she had married German politician Carl-Edwar von Bismarck. Sadly, after two years in 1989, the couple ended their marriage with a divorce. Also, the couple didn’t bear a child from their marriage. After seven years of her divorce, she moved on and dated American film producer Brian Quintana. But this relations for Harring didn’t last long and separated in 1998. Since then, she has not dated anyone and remained single.

Regarding the net worth of the renowned actress and former beauty queen, she has been earning a good amount from appearing on television and movies. Though there is not much about her earnings, her net worth has an estimation above $5 million. Additionally, in the 2002 Academy Awards, she was seen in a $25 million necklace and worth $1 million pair of heels. Maybe she has received a good amount from her divorce settlement which is not known in the media.

Which would you choose? Love or Freedom? Love, because Love is Freedom… and Freedom is Love! 🌈🌸💦💕💧♥️

Harring has a slim body type that stands to a height of 5 feet 6 inches or 1.676 meters. Her body weight weighs around 67 kg and has a measurement of 38-26-37 inches. She has a dark brown eye and hair color.