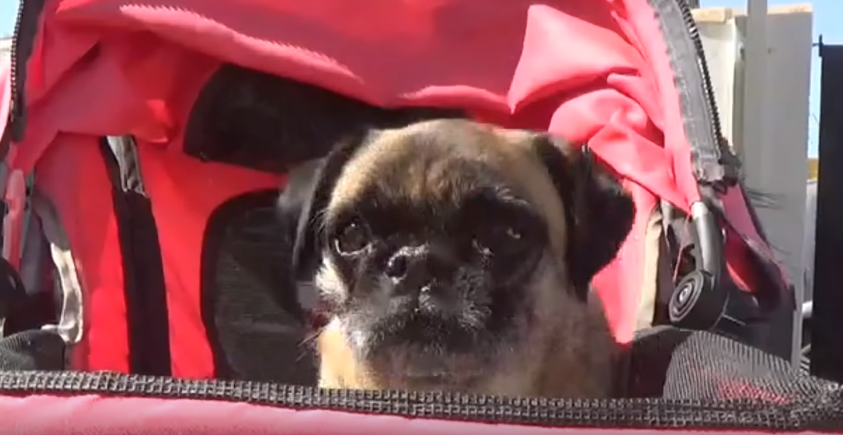 Loca the Pug was an Irish dog that was internet famous for its youtube videos where the daily activity of the dog can be seen with background music. The dog was born on 21 June 2009 in Belfast, Ireland. The pug had its own YouTube channel Loca the Pug which is officially verified by youtube with 206k subscribers. The pug became an internet sensation due to its appealing and funny videos.  Both she and Peggy The Pug are pugs who gained fame on the internet. She gained fame in 2012 after a video of her trying to run went viral. She suffered from mild brain disorder.

Loca was a cute little dog, adored by millions of people all over the world. The owner of the pug uploaded its videos on the internet which has over 16 million views.  The owners uploaded a video of the pug running and that was when many people saw Loca.  Loca was suffering from a mild brain disorder because of which it could not run properly like other dogs and rolls, topples, falls and runs in a zig-zag pattern. These activities of Loca caused by the disorder turned out to be very special and appealing to many. Because of this video, Loca was also called as ‘the pug who couldn’t run’.

Loca’s videos gradually increased views and likes on the internet. The audience even showered with lovely comments on the video after watching it. Though the Pug got internet famous, it was not intended to be one. In fact, the owner of the Pug made it’s videos to share with family and friends only. But its a matter of cuteness of the pug that people could not stop sharing its videos. Eventually, Loca the pug became a social media craze.

The viral dog, Loca is a pet dog. Its owner’s name is Malcolm. It is pretty sure that the owner was in love with the cuteness of Loca and made its cute videos. Lesser known fact, The pug is not just featured in youtube videos but also has its own book written. The name of the book is ‘Unbefeckinglievable’.  The author writes the book from the perspective of a dog presenting its thought on an average family with a lot of funny stories residing in an average house. The book is available for sale at $7.50 on amazon.

Caption: Loca the pug with its owner
Source: Youtube

Loca The Pug: Net Worth

You might have heard about expensive dogs or rich dogs or rich dogs of Instagram but ever hear about a self earning dog? Well, Loca the pug is one of those dogs which earns themselves money. On the basis of reliable sources, Loca had a net worth more than the So just how rich was Loca the Pug? According to authoritative sources, Loca had a net worth of over $0.1 million accumulated from it’s YouTube channel and its book ‘Unbefeckinglievable‘. However, the net worth of Loca’s owners is not available. 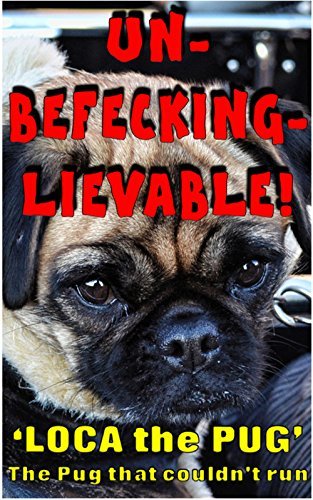 After that, no posts of Loca are available on its social media platform as this adorable dog died in October 2017. The pug died peacefully in sleep due to brain hemorrhage. The death of the pug left its fans heartbroken and caused them to tweet about her. Though Loca the Pug is no more alive its cuteness still drives people crazy.

How I wish it could be Christmas every day! #locathepug #pug #stillcantfeckinrun #christmaspug #loca #pugsofinstagram #dogsofinstagram