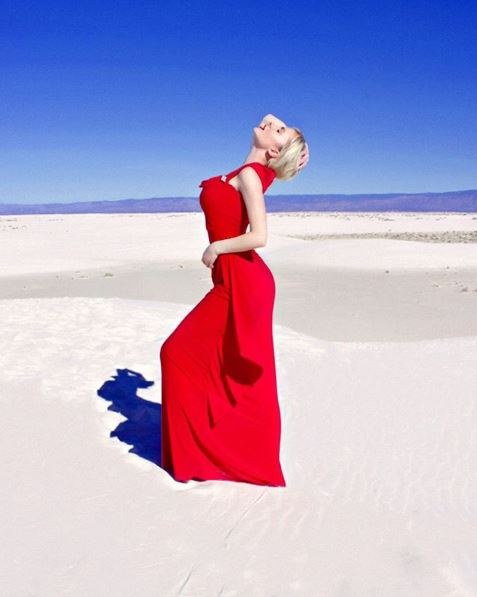 Throughout the years, we have always had people who are in constant search for fame and attention. It, however, is not easy and you have to think and act differently from the other 7.5 billion. One of the ways to grasp attention has been cosplays. Cosplay is a practice of dressing up as a character from movies, games or tv shows and it might also be a subject of passion for many.

For some this passion has turned into a blossoming career and one of those people has been Luna Laine. She came into the arena in the early 2017 and is now one of the most prominent faces in the industry alongside Elise Laurenne, her favorite cosplayer Jessica Nigri, and Olivia Black. Let us now get to know more about this beautiful cosplay artist.

‪Meet me on the Astral plane ‬

Delanie Frances Wheeler was born on the 25th of November 1994 in Nashville, Tennessee. She is the youngest child in the family and was raised alongside two sisters and a brother. Unfortunately, Wheeler lost one of her sisters, Amanda on the 9th of March, in 2018. She did take to social media to post her grief and condolences to her sister.

During her schooling years, Luna would dress up as Disney princesses for parties. However, cosplaying was never really a part of his interest, in the early years at least. Later, Luna got herself involved in a horrible car accident and suffered an injury to her head. She then had to take a long break from college because of her treatments. Whilst on a leave, she came to know about cosplay from one of her friends and she instantly fell in love with the idea. Luna also did get a scholarship to study microbiology in college but did not go through it. However, she does want to return to school at some point and get a degree.

Delanie knew that cosplaying was just the career she was looking for. She then decided to pursue it for a living. And just like that Delanie Frances Wheeler created her own alias under Luna Laine and began living her new-found desire. She was able to travel the world and attend various conventions. Laine was an adored figure but was also in and around controversies.

In 2015, Luna claimed that she was sexually harassed by the attendees of MomoCon convention. It was not just that, she again said she had to go through the same thing in DC Comics SDCC cosplay contest.

Later in 2017, Luna quit cosplaying to pursue acting. Since then, she had made appearances in music videos as a dancer. Laine has also been getting small roles in tv series like ‘Nashville’, ‘Good Behavior’, etc. Later in 2018, she got a role alongside Adam Sandler and Chris Rock. It was for the movie ‘The Week Of’ and she was cast as a stripper.

A lot about Laine’s life personal life remains a mystery. Nevertheless, she is a vivid gamer who often streams videos on Twitch. She has been known to play games like League of Legends, Call of Duty, and Battlefield. To sum it all up, Delanie is just an amazing, beautiful and a talented lady. The 24-year-old still has a lot to offer to the world and people can’t seem to get enough of her.

She is also active on social media platforms. She is notably more famous on Instagram where she goes by the handle delanie_wheeler and has just over 196k followers.