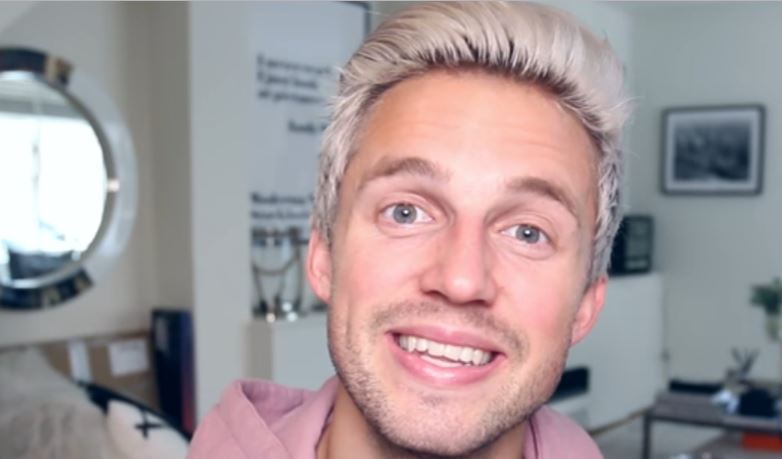 Marcus Butler is an English Youtuber, vlogger and internet personality from Brighton who is mostly known for his channel on Youtube producing comic content. Butler has three channels in total where he uploads separate content on each of them. Butler is also a rapper and has produced rap music as well.

In addition, Butler also released a book in the year 2015 with the title,  Hello Life! This is the only book he has ever written to date. Likewise, he has also done a radio show with his fellow Youtuber friend Alfi Deyes. There is much more to know about this Youtuber. Let’s get to know him more personally. Meanwhile, you can check this article on controversial Youtuber, Logan Paul, here.

Marcus Butler was born on 18 December 1991 in Shoreham-by-Sea, the United Kingdom which makes his nationality a British. Butler has two sisters whose names are  Heidi and Natasha. There is nothing much on Marcus’s educational background and pursuits. He came to prominence with his internet career, as a matter of fact, a lot of information about his background comes from the time he stepped onto the internet with his videos.

Butler started out his career from Youtube, as he created mixes on his channel and edited the sports footages available. His channel was formed after the viewers of his Youtube videos started requesting him a Youtube channel. Thus he created  Marcus Butler TV, where he further collaborated with several fellow popular YouTubers like Zoella,  Tyler Oakley, Joey Graceffa and many others.

Later Butler also got an opportunity to cast in a British TV show alongside his Youtuber friend, Alfi Deyes. The TV show was titled, Release the Hounds. Since then he has appeared in several TV news shows and talk show in Britain. He was seen making an appearance in shows like  Good Morning Britain.

What many do not know about Butler is that he was also once in a boy band along with Youtubers Jim Chapman, Joe Sugg, Alfie Deyes, and Caspar Lee. The band was formed to raise money for Comic Relief campaign.

Marcus Butler’s personal life has equally been on the spotlight as his career. The Youtuber first famously dated his previous girlfriend Niomi Smart who is also a fashion and a lifestyle blogger. However, the relationship did not last long and ended in the year 2015.

Later in the year 2016, he began dating this new girlfriend, Stefanie Giesinger in the year 2016. He introduced her to her fans on his social media pages. There were uncovering news written about this relationship which you can read here.

Marcus Butler certainly needs no introduction at the moment as he is a popular name among the youth and the daily internet surfers. Butler with a total of 6.6m subscribers on his Youtube channels while 395 million views on his main channel and 215 million on his second channel definitely makes a good money. His net worth estimation at present is $750,000.

Butler also has a good social media following with 3.5m followers on his Instagram account. The Youtuber is also active on Twitter and other social media sites.