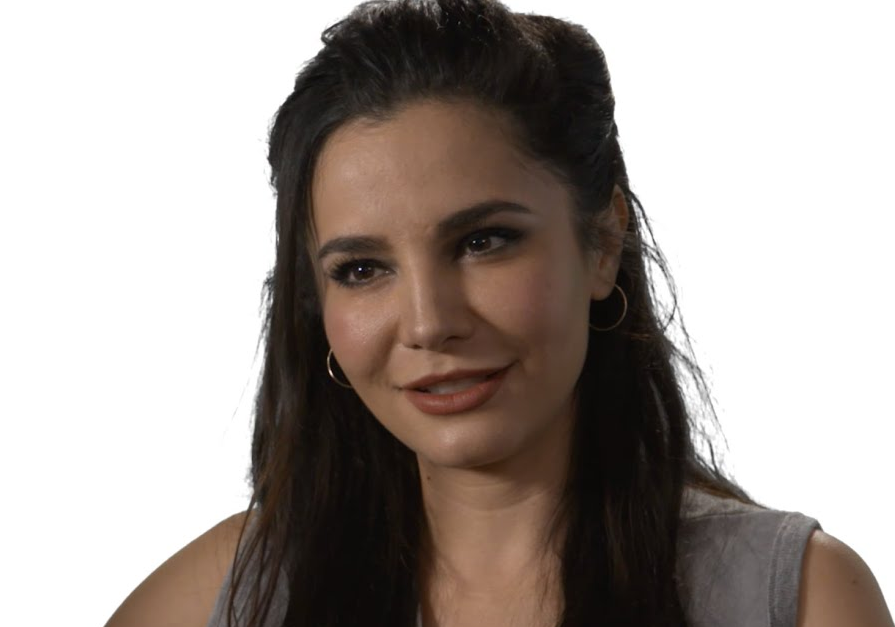 Martha Higareda is a Mexican actress who also has showed her performance in American movies and dramas. It includes 2018 ‘Altered Carbon’, ‘Queen of the South’, and 2019 ‘Into the Dark’. She has shared the screen with veteran actors including Keanu Reeves and Tamara Taylor.

Besides, she is also a producer who has produced several movies under her production house. The actress married to the actor Cory Brusseau who recognized for his work on ‘Imprints’ and ‘3 Idiotas’. Let us scroll down to know more details about the actress.

Muchas veces me he encontrado siendo la única mujer en una sala de juntas hablando de la siguiente película o del siguiente proyecto, y me siento afortunada de tener compañeros productores que valoran la fuerza y el punto de vista tan único que tenemos las mujeres. Y aún así me pregunto ¿Cómo es posible que en el 2019 todavía hay tantas diferencias de género en todos los empleos? Las mujeres y los hombres somos un complemento y un balance Perfecto. Si eres mujer y muchas veces te encuentras en juntas como yo, siendo de las pocas mujeres en la mesa, siéntete orgullosa de saber que día con día tu historia y tu valentía y tus decisiones, cambian la historia de las que vendrán contigo y después de ti. #mujeres #fuerza / Many times I have found myself to be the only woman in a meeting room crafting the next movie or the next project, and I feel fortunate to have fellow producers who value the strength and unique point of view that women have. And still I wonder how is it possible that in 2019 there are still so many gender differences in all jobs? Women and men are a complement and a perfect balance. If you are a woman and many times you find yourself, like me, being one of the few women in the room, feel proud to know that day by day your story and your courage and your decisions, change the history of those that will come with you and after you. #women

The Mexican actress was born on 24 August 1983, in Villahermosa, Tabasco, Mexico as Martha Elba Higareda Cervantes. She was born to the parents Jose Luis Higareda who is an artist and therapist. Her mother, Martha Cervantes, an actress from where she got her acting genes and also mother’s name. She grew up along with her siblings: Miriam Higareda, José Luis Higareda, and Luis Daniel. Her sister Miriam is also an actress.

The actress has begun her acting career from a very young age. also, she learned different dance style like jazz, flamenco, tap, and folklore along with acting. At the age of 14, she left her hometown and migrate to Mexico City to pursue her acting career. She debuted her acting with the theatre plays like ‘Little Women’ and ‘Don Juan’. At the age of fifteen, she entered the college several years early and studied Communications at El Technologico de Monterrey. Meanwhile, she also enrolled herself in acting classes, morning college and performing theater on the weekends.

She debuted her first television debut with the Disney Channel’s ‘Zapping Zone’ as an anchor. After that, she was able to whop the role of Cecilia Huerta in the Mexican erotic drama ‘Y Tu Mamá También. But being underage and due to full nudity in the movie, the role was taken away from her. Later, she changed her majors from communications to Performing arts. After working hard, in 2002, she got her first leading role in the movie ‘Amarte Duele’ along with Luis Fernando Peña and Alfonso Herrera. After the success of the movie, her admirer gave a nickname ‘The Mexican Sweetheart’. Also, she received the Silver Award Goddess and MTV movies favorite actress for her role in the movie.

Furthermore, she gained another Silver Goddess Award for her role in the movie ‘Sexo, amor y otras perversiones’ in 2006. In the same year, she also nominated for best-supporting actress in Mexican Academy Awards for the movie ‘Fuera del Cielo’. In 2007, she worked for the first time in American movie ‘Borderland’ along with Brian Presley and Beto Cuevas. Then in 2008, she moved to Hollywood and auditioned for the movies. The same year she received a role in David Ayer’s movie ‘Street Kings’, shared a screen with Keanu Reeves, Hugh Laurie, and Forest Whitaker. After that, she has appeared in several projects including ‘Smokin Aces 2: Assassins’ Ball’, ‘Carlos’, and ‘Hello Herman’, amongst others.

After moving back to her home country with 3 finished scripts, at the age of 25, she produced and wrote her first independent film ‘Te presento a Laura’. The movie became one of the top ten movies in the 10 consecutive weeks. After that, she has produced several films like ‘3 Idiotas’ (a Mexican remake of the Indian film 3 Idiots). In 2018, she appeared in Netflix’s ‘Altered Carbon’ as a detective Kristin Ortega’.

Previously, back in 2007, she has dated Canadian actor Keanu Reeves. But after some time the couple ended their relationship. Further, there is no other information on her dating history. She is one of the celebrities who prefer to share limited information on her personal life. Currently, she is living a prosperous life with her husband though the couple has not welcomed any children yet. 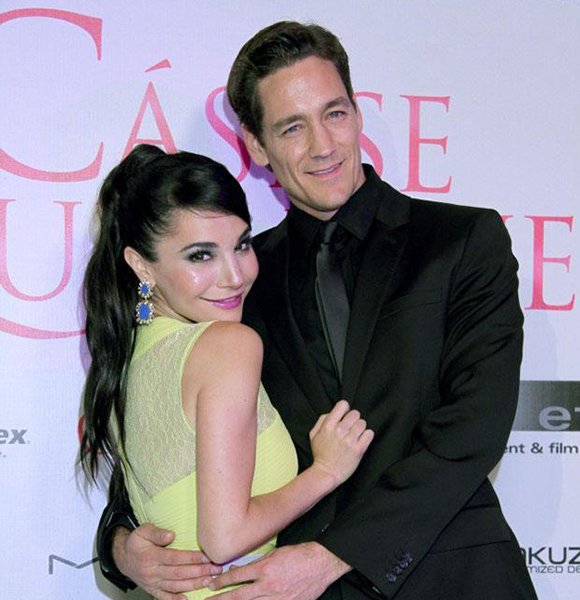 Higareda has earned an impressive number from her long-going career. Since 2002, she has been active in the industry thus she has been actively working. Therefore, she has been praised for her performance in the most major hit projects. So, it would not be wrong if we say that she has earned six-figure dollars. However, according to sources, her net worth has an estimation of $3 million.

Got my lightsaber so bring it on! #LakeTahoe love it!

The Mexican actress has a slim body type with a decent height of 5 feet 3 inches or 1.60 meters. Her attractive body weighs 53 kg. Other than this, there is no information available on her body statics.