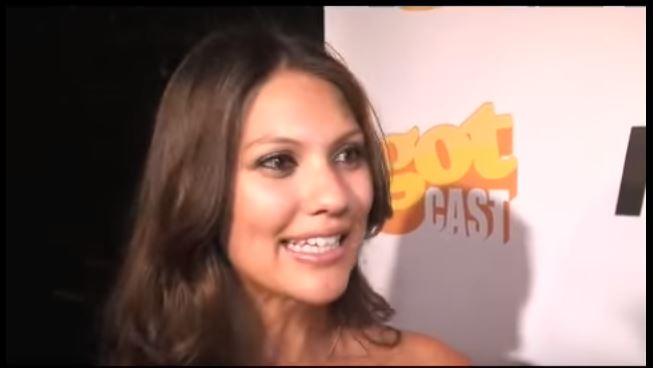 Megan Abrigo is an American actress and model most famously known for her work in Dialed In(2005), Deal or No Deal(2006) and Chris Brown: Forever(2008). She has also worked as a runway, print and commercial model in the past. Abrigo started her modeling career when she was just fifteen.

She has a height of around 5 ft and 9inches. She falls under the zodiac sign of Aquarius. Abrigo was mostly in the limelight for her relationship with actor Daniel Tosh that started back in 2009. Get to know more about Crystal Westbrooks, famous actress, model, and Internet personality.

Don't forget that magic does exist That there is no need to fight against the dark that sometimes comes Because the gift of light always always comes back to you . . . . . . . #hawaii #beach #cravings #islandgirl #islandlife #model #fitness #bikini #surf #chill

Megan Abrigo was born on 27th January 1988 in Hawaii of the United States of America which makes her nationality an American. Abrigo was born and brought up in the United States. Abrigo also graduated from Loyola Marymount University in Los Angeles, California in May 2005 with a Bachelor’s degree in Studio Arts with an emphasis in computer science.

She was first discovered by a photographer at her hometown in Oahu Hawaii. That’s when she began modeling as her part-time career at the age of 15. Her modeling career gave her the necessary exposure which led her to bigger projects. Later Abrigo was called up by the makers of the show, “Dialed In”, which was an extreme sports show.  Abrigo was good on her show which led her to bag a few other projects as well. She was also a part of another show named,  “Deal or No Deal “ and a music video ‘Chris Brown: Forever” which came out in 2008.

Megan Abrigo was famously dating the American actor and comedian Daniel Tosh in 2009 which really caught a lot of media attention. They started dating back in 2009 and seen together around a lot. The couple dated for a really long time until they decided to end their five long year’s relationship in 2014.

It is not exactly clear how they met but were committed to each other for a long time. However, this did not last for a long time. As of 2014, their relationship officially ended and these two did not look back again.

At present, Megan is away from the public eye and is living a private life than earlier. The model is active on Instagram where she often shares posts with her fans. It also looks like from her Instagram posts that she has now moved on from her past relationship and is dating again. She has shared some photos that may tell us of her new boyfriend whose name and career is still a mystery.

Megan Abrigo’s TV career might have taken a back seat at the moment. However, she is still doing minor modeling projects. She has a total net worth estimated to be $10 million which is a pretty impressive number.