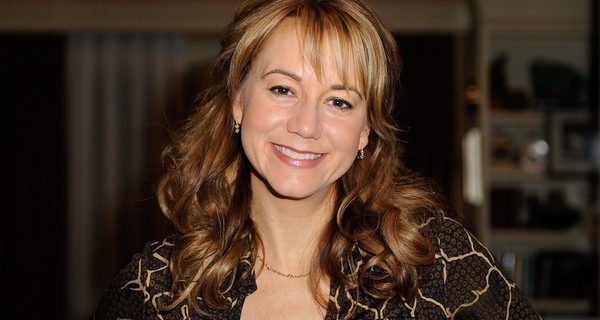 The stunning blonde American actress, Megyn Price is best known for her role as Claudia Finnerty in the FOX Network/WB sitcom “Grounded for Life”. She has also played such roles as Audrey Bingham on CBS “Rules of Engagement” and most currently as Marry Roth on Netflix’s “The Ranch”, created by Don Reo and Jim Patterson.

Megyn was born on March 24, 1971, in Seattle in the state of Washington. She grew up in a household following the Mormon religion. Her parent’s names remain unknown, however, she has a brother names Joseph an Air Force captain who is now working as a computer specialist. Megyn is quite an introvert girl who likes to cook and write in her spare time.

Price spent her most of her childhood and teen life in Oklahoma where she did her high school in Norman High School. Though she had the skill of performing arts through producing and writing plays during her high school, she never considered to take it as her profession instead she thought it was “the dumbest career choice anyone could possibly make”. Little did she know that she would end up being one of the best actresses in her future.

The young lady took Economics and Communication as her major subjects. Later, after graduating from Stanford University she immediately got a job as an investment banker. Next, after a year Megyn gave up her well-paid job and made her way of acting, a passion she has denied for too long. Her first work as an actor was in American sci-fi TV series, “Quantum Leap” in 1990 where she played the role of Suzane, daughter of a quantum physicist. Then she featured in TV series like “LateLine”, ”Common Law”, ”Drop Dead Diva” and many more. She has been featuring as a celebrity judge in a number of reality cooking shows is famous for her comic roles.

Megyn received a salary of $50,000 for her role in the Netflix series, “The Ranch”. The actress resides in a $1.6 million house in Los Angeles.

Previously Megyn Price was together with the Hollywood’s screenwriter, producer, and director Bill Lawrence. He is the creator of ‘Scrubs’ and other television shows. In 1996 as things did not work out, they had to split up. After three years, Bill got married to actress Christa Miller, together they have 3 children.

Megyn, on the other hand, found her high school sweetheart, Edward Cotner. They began dating in 2004 after Price was able to end her previous marriage. The two within a blink of an eye got married in 2005. Now they have a daughter with the name Grace who was born on July 7, 2007. They are now living a healthy and a happy family life.

Woo Hoo! My family defied death in Zion National Park this weekend! Plus, we got to see INCREDIBLE talent @Tuacahn along the way. Perfect road trip! #MatildatheMusical

Price has her height of 5 feet 7 inches while her weight is 50kg. She has beautiful hazel eyes and her body size is 34-26-34 inches. Her dress and shoe size is 4 and 8 respectively according to US measurement.