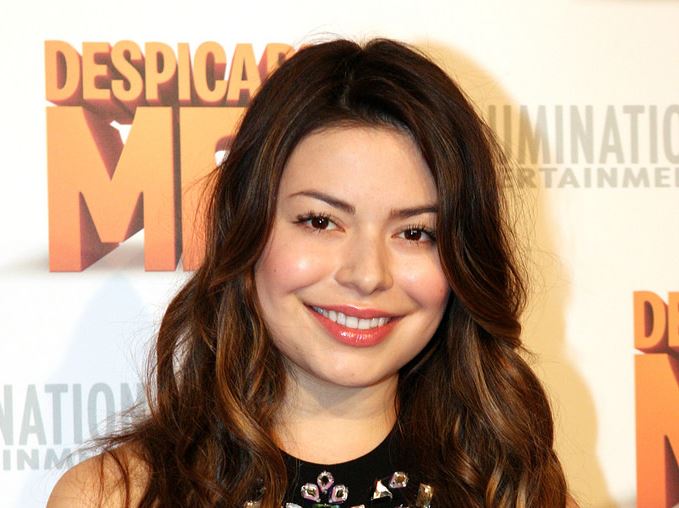 Miranda Cosgrove is an American actress who is most famously recognized for her role as Summer in the popular hit of Hollywood named, “School Of Rock” that released in the year 2003. She is also a singer and a songwriter. She is most recognized as a child actor who appeared in several commercials and movies.

Miranda Cosgrove recently has sparked some controversy after she was rumored to be dating rapper Lil pump. The Miranda Cosgrove Lil Pump controversy caused a lot of headlines and news. Let’s find out about all of that in detail and also about some other facts.

Sitting on the porch of my childhood home ☺️

Miranda Cosgrove was born on  May 14, 1993, in Los Angeles, California, the U.S which makes her nationality an American. She has an English, French and Irish descent. The actress was homeschooled for most of her life. Similarly, she also attended the University of Southern California. Miranda started her career at the young age of 3. She first started appearing in some commercials after which she was discovered by a talent agent. After that, she appeared in many commercials like that of, McDonald’s and Mello Yello. Later after auditioning for theatre and TV shows she made her first debut on screen as a voice-over of 5-year-old Lana Lang in the pilot episode of Smallville.

Miranda then made her first big screen debut with  2003 film “School of Rock”. She played the popular character of “Summer Hathaway”, a young girl with great ambition and discipline. The role gave her much needed exposure and she received a good amount of critical recognition for her acting as well. The movie became a major hit both commercially and critically grossing $131,282,949 worldwide. After the success, Cosgrove appeared in the Nickelodeon series “Drake & Josh”, “Grounded For Life”, “Lilo & Stitch” and many more. Her notable works also include Icarly which was another popular sitcom on Nickelodeon. Her most recent works include “Girlfriend In a Coma” and “Crowded”.

Miranda Cosgrove might have started quite young but she is all grown up spending years of her life into the industry. As she spent years in the limelight, Cosgrove has not been able to escape the media attention to her personal life. Miranda first dated actor James Maslow for almost two years from 2008-2010. After that no information from her dating history is available.

Miranda Cosgrove lil pump: What is it all about?

So if you are updated with internet trends and news, you might know about the whole Miranda Cosgrove lil pump issue that created quite a buzz earlier this year. But if you are unaware let us tell you what’s its really about. While many assume that these two are dating, here’s the news they are not.

Due to the popularity of her iconic role in the sitcom Icarly, Miranda has been repeatedly used as references in many of the hit songs by artists and singers through time. Which is why the rapper of Gucci Gang came out declaring his love for the actress on his social media. Not only that he took it as far as baking a cake with Miranda’s face on it. Additionally, he also created a song with the name I-Shine which sounded similar to Icarly. This sparked many headlines and Miranda Cosgrove lil pump became an instant internet hit.

Miranda Cosgrove has done several shows and movies in her career span. Her iconic and memorable roles in TV shows and movies are the reason why people still admire her so much. The actress’ exact income and salary are not available however she has a net worth estimation of $8 million.

Know who rapper Stitches wife is.