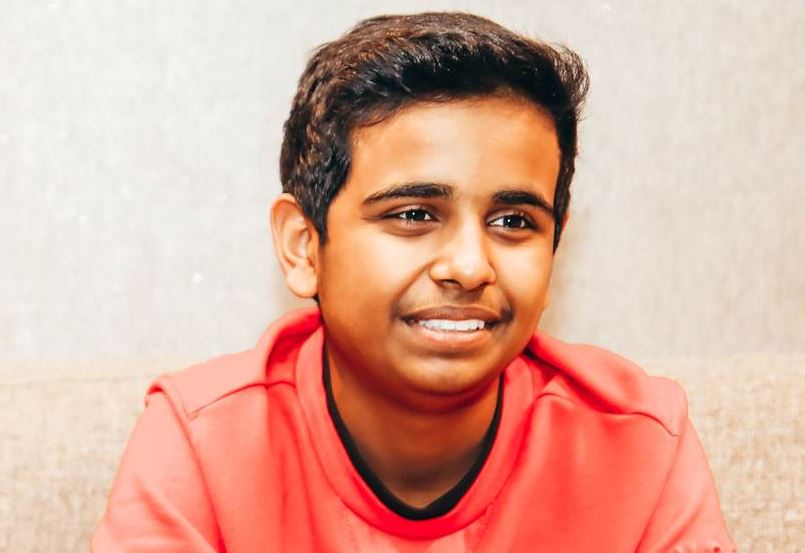 Rashed Belhasa is a 16-year-old YouTuber and social media personality, from Dubai, United Arab Emirates. He is most popular for his Youtube channel “money kicks” where he posts videos about shoes and lifestyle under the name ‘Money Kicks’. Rashed Belhasa’s dad Saif Ahmed Belhasa and mother Sarah Belhasa is one of the wealthiest couples from Dubai.

He has currently 3 brands under his name KA-1, Sprayground and Monet. This teenager is so famous that he has a Milkshake named after him called Money Kicks Milkshake. Rashed’s mother and father Sarah & Saif Belhasa are one of the biggest names in Dubai.

This young Youtuber has had the opportunity to meet some of the prominent celebrities around the world that includes famous players and rappers around the world. Mohamed Beiraghdary or better known as Mo Vlogs is one of his closest friends and both of them are seen in each other’s vlog very often along with Mo’s sister Lana Rose. Let’s get to the details of his life and his career.

Click here to check out this young lad’s website where he has featured some of his products.

Rashed Belhasa was born on January 5th, 2002 in Dubai, the United Arab Emirates which makes his nationality an Emirati. He was born with a silver spoon as his parents are Dubai’s one of the most powerful and rich couples,  Sarah and Saif Ahmed Belhasa. He grew up with all the riches and luxuries of life. Rashed even has an extraordinary pet in his house which is a Tiger! Their pet Tiger is also often included in many of Rashed’s videos.

While many kids his age are often dreaming about meeting their favorite celebrities and players, Rashed has the privilege to meet all of them. Due to his father’s powerful empire, Rashed has met several celebrities that include football players Wayne Rooney, rappers like The Game and Tyga. Belhasa first started his internet journey by posting photos on his Instagram profile. Usually, he posts about his possessions and photos with celebrities. Later he created a Youtube channel ‘Money Kicks’ where he posts videos from his happening life. The first video he ever posted was a video about his sneakers collection which marked 1m views.

Despite being in his teens, Belhasa has an exceptional life from a normal 16-year-old. Though he is pretty young to be in relationships and dating, people are very curious to know if he has a girlfriend. But Rashed at the moment is not into the scene. He is too young to be having anything serious right now.

Now when it comes to talking about the financial resources of this sixteen-year-old, it is certainly beyond anything normal. Belhasa’s father Saif is undoubtedly Dubai’s leading man who owns a fortune. While talking about Rashed’s salary and income from his Youtube channel there are no exact details available as of now. However, he has a net worth estimation of around $2.04 billion. The money is a huge number for someone so young, but Rashed is among those few lucky ones who have it all.

Rashed has a shoe collection which is alone estimated to be more than $10 million. He also has a farm house in the outskirts of Dubai where he houses many of his exotic pet animals which includes chimpanzees, albino lions, zebras, jaguars and so on. Rashed also owns a number of luxurious  cars  from various brands like Bentley, Rolls Royce. However, he loves his turtle dove printed Cadillac escalade the most and is seen in it the most.

Rashed currently has more than 300,000 viewers on his Youtube channel and has posted around 70 videos. Similarly, he has around 1.4m followers on his Instagram profile where you can see some glimpses of his lavish life. As a young vlogger and Youtuber, Rashed has plenty of fans in Dubai who follow him on his social media profiles.

Back In Dubai! I Will be Back in London End Of April for The Launch Of The Moneykicks Milkshake Stay Tuned 🙏🏽❤️ #mydubai #london #welivinglife

You can check his exclusive interview here.  You might also like to check about another young billionaire, Rory John Gates here.