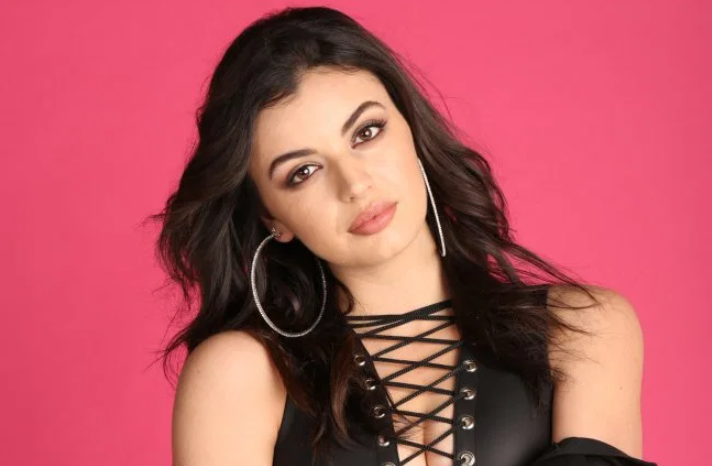 Rebecca Black, at the tender age of thirteen, she opened up to a media world with her viral music video of the song ‘Friday’. The song gained over 100 million views on YouTube despite becoming the most discussed topic on social media networking, mostly gained negative coverage.

Following the release of her viral hit Friday, she has opened up her struggling with the depression, in an article of The Guardian on 12 February 2020. Further, she had also posted an emotional post on her social media stating about her feeling. Also, on the success of her 2011 song, she revealed that Black had to face serious online bullying as well. Despite all, now we can see that she had made a prominent place as a social media influencer as well as a singer. Let us scroll below to now more of her information. 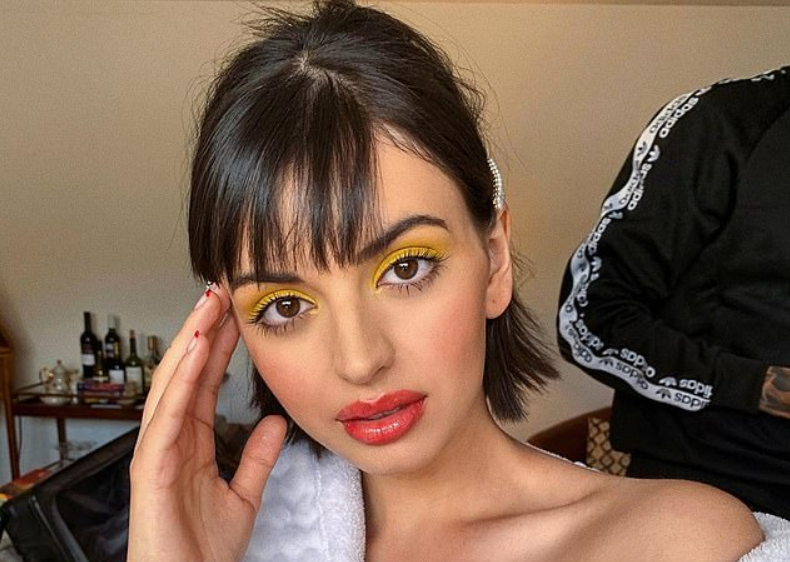 The viral singer was born on 21 June 1997, in Irvine, California, in the United States. She born as the daughter of John Jeffery Black and Georgina Marquez Kelly, both are veterinarians. She has a mixed ethnicity of  Mexican, English, Italian, and Polish descent. It seems that she is the only child of her parents since there is no information about her siblings.

For her education, she attended private school from kindergarten to 6th grade. Later she had to move to a public school because of bullying. After that, she joined the school’s musical theater program and began to focus on making her career in that field. Then, she dropped out in favor of homeschooling to focus on her career as well as to avoid her peers’ taunts and all.

baby me is my quarantine vibe

As stated earlier, her fame came in a negative or positive way following the uploading of her viral music video ‘Friday’ on Youtube channel at the age of thirteen. Further, the music video has been recorded with the collaborative effort with ARK Music Factory. In the whole process, her mother was with her supporting and protecting from the outsiders. Later after the release of the video, it gained over 100 million views as well as gained huge subscribers on her YouTube channel ‘Rebecca‘, created on 8 September 2005. Currently, the channel has subscribers of 1.46 million subscribers and more than 332 million viewership.

In 2011, after being attacked verbally on social media, she kept on moving to fulfill her dreams. With the help of Ryan Seacrest’s help, she signed to manager Debra Baum’s DB Entertainment. At the end of the year, her single ‘Friday’ came out as YouTube’s no.1 video of 2011. Further, she started her own independent record label ‘RB Records’, after the fallout of ARK Music Factory. Additionally, she has also appeared on the music video of Katy Perry‘s “Last Friday Night (T.G.I.F.)”. Also, she released her self-production single ‘My Moment’ under her label ‘RB Records’, published on her YT channel.

a night with rebecca 👼🏻 @guccibeauty

In 2012, she signed the Marker Studios YouTube network and released the song ‘Saturday’, the sequel to ‘Friday’, in 2013, in the collaboration with Dave Days. The single peaked #55 in the Billboard Hot 100. Later in 2014, she appeared as a contestant musical competition series of Fox ‘The Four: Battle for Stardom’ in its second season. However, she lost to James Graham and eliminated from the show.

Rebecca had always kept her personal life away from the media. She is not married or known for hooking up with anybody romantically in media. But recently, according to the ‘Dailmaily’s article’, she came out as a queer on a new podcast ‘Dating Straight’. Further, she also revealed that she recently got out of a long relationship with a girl. Additionally, she said that she has dated a lot of different types of people and sees sexuality as a spectrum which is sometimes a little more on the gay side.

However, it seems that she is currently single and not planning to involved romantically sooner. However, we do not know what the future holds and she might fall for the right person who will love her more. So, we will be waiting for that time and notify you about her coming love. Besides her first negative media coverage came following her viral song ‘Friday’, she has not involved in any controversy or rumor.

Rebecca started her career from the age of thirteen, since then she had amassed several hit songs. Further, she is one of the popular singers who had made her career by uploading on her Youtube channel. Following her song ‘Friday’, she quickly became the fascination on social media overnight. Therefore, from that very day, she officially started her singing career and also began to gain fame as well as wealth. However, she has not revealed much about her earning, her net worth has an estimation of around $1.5 million.

🧚🏼 been feeling creative as ever as of late, new music is coming regardless of quarantine/social distancing. set up at home to make tunes on tunes on tuuuunes so 👀

The YouTuber, Black has a slim figure that stands to a height of 5 feet 5 inches or 1.65 meters and weighs 58 kg. Further, she has a body measurement of 32D bra size, 36 size chest size, 26 waist size, and 35 hips size. She has dark brown eyes and hair color.