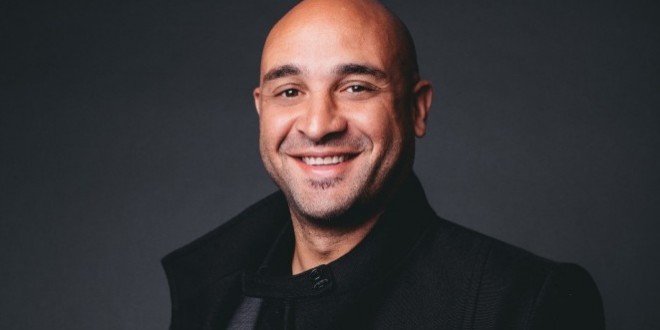 Regillio Simons is a former Dutch professional footballer known for playing as a striker. Further, he is the father of Xavi Simons who is a young under nineteen football player. Xavi is a member of the youth academy of Paris Saint-Germain following a transfer from FC Barcelona’s academy.

During Regillio’s career, he had contributed to two goals gaining victory over Ajax in Amsterdam Arena in the 1998-99 season. In his career, he has managed teams like Turkiyemspor Amsterdam, JOS Watergraafsmeer, SV Huizen, VV Hillegom, Faja Lobi KDS, and AFC Ajax (amateurs). Let us scroll below to discover more of his details.

The athlete was born on 28 June 1973 which makes his age around 47 as of 2020. He was born and raised in Amsterdams, the Netherlands, to a supportive parent whose information not available on the net. He belongs of Surinamese descent and holds the nationality of the Netherland. Currently, he lives in Spain with his two sons.

Coming over to his career, he started playing football with FC Amstelland and employed with Fortuna Sittard. During the 1998–99 season, he contributed two goals in the 1–3 victory over Ajax in Amsterdam Arena. Further, he scored four times in the 6–4 home win against PSV Eindhoven. Additionally, He had played for SC Telstar, Fortuna Sittard, NAC, Willem II (football club), Kyoto Purple Sanga (Japan), ADO Den Haag, and TOP Oss.

After retiring from his professional gameplay, he employed in an Amsterdam amateur club playing in the top Sunday league. Also, he began his career as a coach in 2005 and got his coaching degree UEFA Pro Licence in 2010. He then became a head coach at the various clubs including one of the Ajax Youth Academy teams.

He seems that he prefers to keep his personal life away from the prying eyes of the media. Most of his private affairs have not documented on the online firms. Further, he has married a lady named Peggy but there is not much information on her. Also, it is unclear whether the couple is together as of now or not.

However, he came to the limelight for being the father of a midfielder footballer, Xavi Simons. Xavi is a promising youth player playing in the youth academy of Paris Saint-Germain following a transfer from FC Barcelona’s academy. Additionally, he has two more sons: Ojan Simons and Faustino Simons.

The former professional player was a successful Association Football Player from the Kingdom of the Netherlands at his time. Though he now coaches the team rather than playing himself. Also, he must be investing in different business ventures which he had not discussed publicly through which he earns a good income. Therefore, he must have an estimated net worth of above $100 thousand making from his current works.

The striker has an athletic body that stands to a height of 1.83 m or 6 ft 0 inch and weighs around 79 kg. Other than this, there is no information on his body measurements of chest, waist, or hips. He has dark brown eyes color with a bald head.