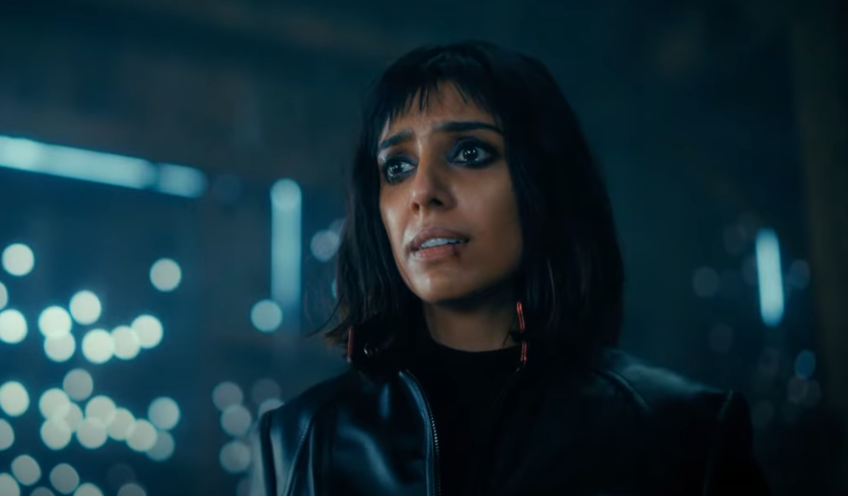 Ritu Arya is a British actress appearing in films and television shows having Indian descent. She is one of the successful actresses whose background has not let her deterring her acting career. Some of her acting roles include in series like Doctors, The Good Karma Hospital, and The Umbrella Academy.

Alongside acting, she is also a drummer and has been part of the band called KIN. The band has released their debut single “Sharing Light” in April 2020 follow-up by their single “L.O.V.E” on 6 August 2020. Let us scroll over to now more information on the beautiful and talented actress.

The actress was born on 17 September 1989 in Guildford, England to native Indian parents. She has not provided the names of her parents but they both work in real estate. Her parents both shifted to the United Kingdom before the birth of their kids. She grew up with her two brothers, Romi and Rahul. She has started her acting career in her teenage year. Regarding her education, she received her degree from the University of Southampton. She later enrolled and trained at the Oxford School of Drama.

She was first noticed for her recurring role as psychiatrist Dr. Megan Sharma in the British soap opera Doctors. She portrayed the role from 2013 to 2017 but before that she appeared as a Bureau Girl in the crime drama ‘The Tunnel’. Her other television works include ‘Humans’, ‘Crackanory’, ‘Doctor Who’, ‘The Stranger’, and ‘Feel Good’.

Furthermore, she gained her first lead role of Becky in the ITV series ‘Sticks and Stones’ and currently appears Lila Pitts in the series ‘The Umbrella Academy’. She has also featured in movies like 2015 ‘My Beautiful White Skin’, 2017 ‘Daphne’, 2018 ‘Lady Parts’, and upcoming Netflix film ‘Red Notice’.

Speaking of her personal life, she possibly is single at the moment, and seems that she is not linked up with anybody at the moment. She has hidden her most of personal life information away from the media. There are no details of her past relationships or dating history. Additionally, she has also not been part of any rumors or controversies. 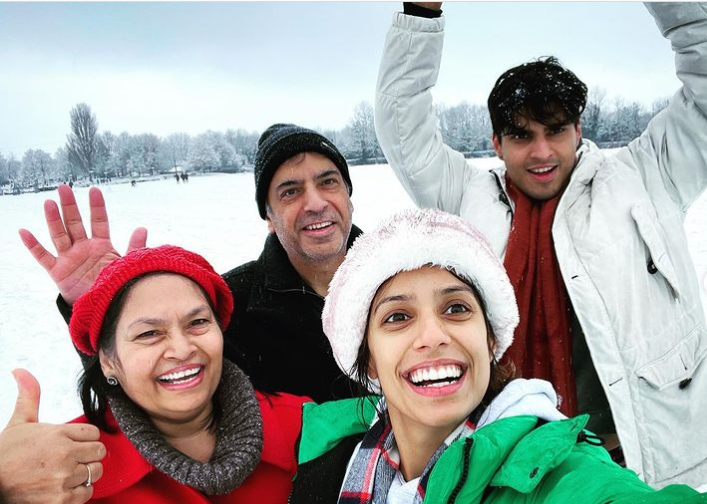 Caption: Arya with her parents and brother.
Source: Instagram

The actress has been making a decent amount of money from her acting career. She has an estimated net worth of around $2 million appearing in her acting projects and ad campaigns. Therefore, she also appears promoting products and brands as well as popular on social media platforms too.

The beautiful actress has a slim and attractive body that stands to a height of 5 feet 5 inches or 1.65 meters. Her perfect body weighs around 58 kgs with unknown body measurements. She has dark brown eyes color with natural black hair.