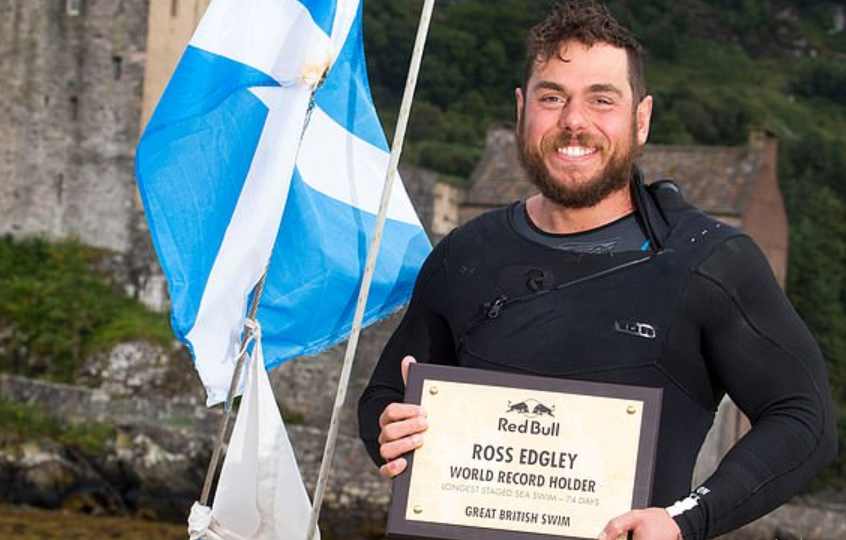 Ross Edgley is an Englishman, popular for holding multiple world records, extreme adventure, and author. He is best known for completing the old’s Longest Staged Sea Swim in 2018 breaking several other records. As an author, he has published books like The World’s Fittest Book (2018) and The Art of Resilience (2020), both became No.1 Sunday Times Bestsellers.

Moreover, he has involved in the area of sports, fitness, and nutrition for decades. He is a co-founder of the innovative sports nutrition company The Protein Works. Additionally, he runs the official website under his name where we can see his achievements, books, fitness tips, and many more. Let us scroll over to know mo information on him. 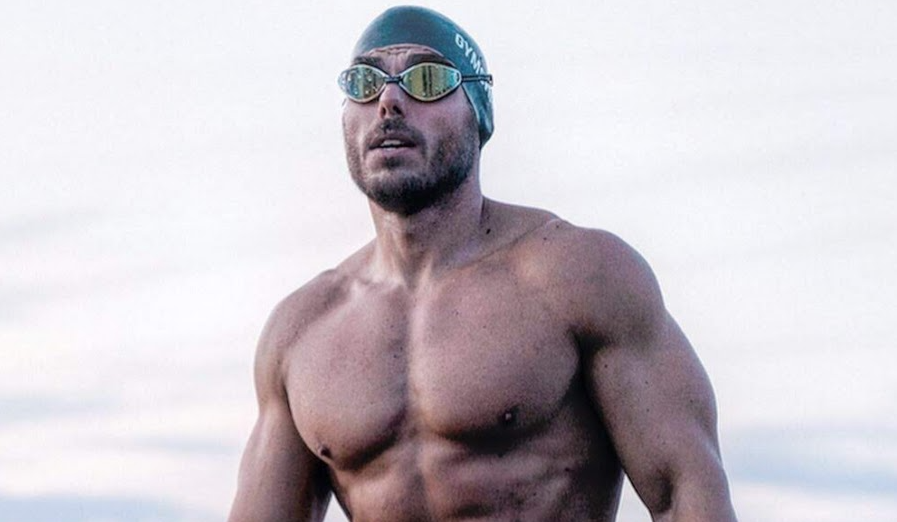 The professional athlete was born on 13 October 1985 into a sporting family in Grantham, Lincolnshire. His father recognized as the tennis coach while his mother, a sprinter. His grandparents were also marathon runners and military personnel. He has not revealed information on his siblings. Moreover, he has a nationality of Britain and belongs to white ethnicity.

Regarding his education, he attended King’s Grammar School in Grantham, England. He later joined Loughborough University’s School of Sport and Exercise Science. He then got support for his athletic adventures through the National Centre for Sport and Exercise Medicine (NCSEM). In addition, he also received an honorary doctorate from Bishop Grosseteste University (BGU) for his research into mental and physical resilience. Moreover, as a leading authority in the science and psychology of adventure, he continues to coach and lecture around the world.

In 2016, he had made his name after he ran for a marathon(26.2 miles) by pulling a 1,400 kg car and the event titled The Strongest Marathon. The main aim of the marathon was to raise funds for the Teenage Cancer Trust, children with cancer, and sports aid. In the same year, on 22 April began his “World’s Longest Rope Climb” conquest at Pippingford Park in the Ashdown Forest of Sussex. In the event, he completed a rope climb of 8,848 meters(the exact height of Mount Everest) in 19 hours and 54 minutes.

He also received the title of a Wolrd’s Longest Staged Swim in 2018 as well as became the first to swim 2,884 km around Great Britain in 157 days. His interesting swimming journey also documented as a weekly internet series ‘Ross Edgley’s Great British Swim’ by Red Bull TV. Additionally, the swim also helped him to broke several other records including the fastest person to swim the 900 miles (1,400 km) from Land’s End to John o’ Groats in 62 days. He is an author as well and published two books documenting the fitness, strength, and training needed to build a body and many more.

The world record holder has successfully accomplished his targets which we had read earlier. But when it comes to his private affairs, he has not shared much of it. Further, he possibly is enjoying his single life or might be in a secret relationship. However, there are no hints on his relationships or marriage on his social media platforms as well. Besides that, it seems that he likes to travel and hang out with his friends discovering new places.

Talking about his earning, he surely is making a hefty amount from his profession. Therefore, he has a net worth estimated at around $500 thousand from his active works and dedication.

The athlete has a strong and fit body that stands to a tall height of 5 feet 11 inches or 1.80 meters. His body weighs around 93 kg with unknown body measurements. He has brown eyes color as well as brown hair color.