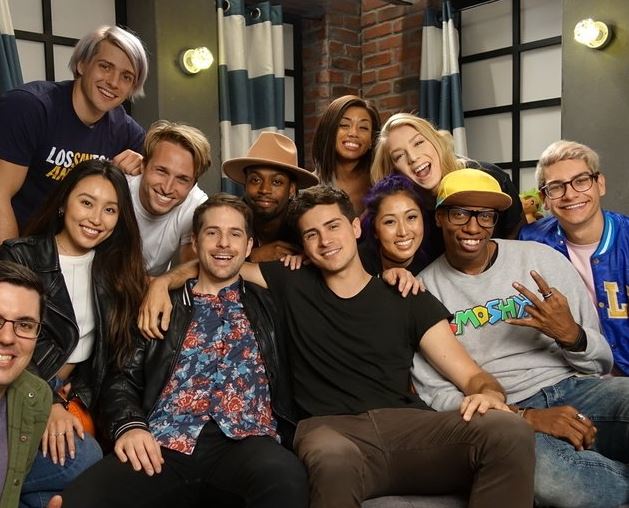 Smosh is one of the most popular Youtube channels which is mostly known for its Sketch comedy content. The channel is handled by two men named, Ian Andrew Hecox and Daniel Anthony Padilla who are also the creators of the channel. Smosh was initially just a website until becoming a Youtube channel.

The Website under the domain name, smosh.com was created by Anthony Padilla back in the year 2002. After which it was joined by Ian who was Padilla’s friend. They began the Youtube channel in the year 2005 after which it is still active and running. You will also like to know about Yes Theory here.

Smosh is created by two friends and is run through their collaborative ideas. In the year 2002, Daniel Anthony Padilla decided to start a website and was joined in by his friend Ian who would also become his creative and business partner. Let’s get to know them personally.

thank you all so much for playing into my april fool’s joke yesterday. reading the comments from all of you being “supportive”, so the joke wouldn’t be spoiled for new viewers was the highlight of my week. i know i’m usually sarcastic so don’t get used to this, but: i’m so happy i’ve found people who share my sense of humor. thank you. — 📸 @joshuashultz

Daniel Anthony Padilla was born on November 30, 1987, in Sacramento County, California which makes his nationality an American. He is actually the man behind the creation of the name, Smosh, which was also the website’s name that he created in the year 2002. Padilla departed from the channel Smosh in the year 2017 as he cited that he did not have enough creative freedom.

They said “dress for the job you want” . . Anyone openings for hot substitute teachers?

Ian Andrew Hecox was born on September 16, 1987, in Sacramento County, California which makes his nationality an American. Hecox met his future comic partner, Anthony Padilla, while he was in sixth-grade. Ian handles the channel by himself after the departure of Padilla from the channel.

The channel Smosh was created by Ian and Daniel in the year 2005 when they first began posting videos that were usually some lip-syncing videos to theme songs of Mortal Kombat, Power Rangers, and Teenage Mutant Ninja Turtles and others. Their video, Pokémon Theme Music Video, became a hit on the internet and in the course of its lifetime, it gained around 24 million views.

From the year 2006-2012, it was a major period of consecutive success as the channel saw an important growth in their audiences and views/subscribers. They made some improvements to their websites by adding games sections and pop culture trivia while additionally, they also launched 3 different Smosh-based web series. Similarly, they also created the “iShut Up App” for Android phones.

This is the story of @oliviasui’s first time riding a bike 🚲 Prepare for cuteness ☺️ Link in bio!!

Later in the year 2012, the Smosh duo started three youtube channels which further helped them to acquire more audiences through channels which were ElSmosh, Shut Up! Cartoons, and Smosh Games each containing variety of contented targeted at several audiences. However, Padilla announced his exit from the channel in the year 2017 to continue doing personal ventures citing creative limitations. Meanwhile, Hecox continued to stay with the channel.

The comedic duo created a channel which became one of the most famous channels on the internet. Though they parted ways later, the channel stands with 23.1m followers and 7 billion+ views in total on their channel. Smosh earned a good deal of money all through their career span, the channel’s net worth estimation at present is $11.8m.

Smosh has its own official Instagram page which keeps you updated about the channel’s ventures and new videos. But if you are interested to see more from their owners, Anthony Padilla and Ian Hecox then you can also follow them on their personal social media pages like Instagram. The channel also made it in the 19 most popular YouTube stars in the world’s list.