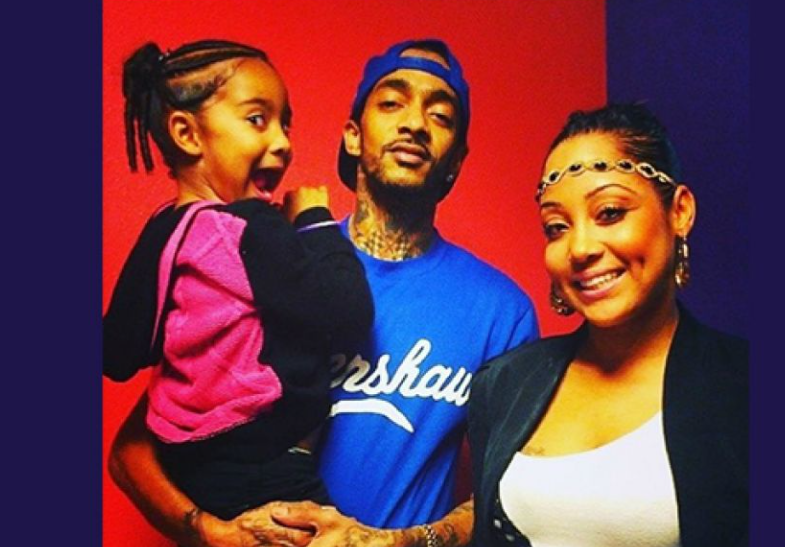 Tanisha Asghedom is an American ex-girlfriend of the popular rapper Nipsey Hussle who came to the scene from the West Coast hip hop. The rapper had known for several mixtapes like Bullets Ain’t Got No Name series, The Marathon, and The Marathon Continues. However, he gained popularity following his debut studio Victory Lap that released in 2018 gaining commercial success.

Unfortunately, the rapper passed away after he was shot outside his store in South Los Angeles in March 2019. In the incident, Eric Holder named guy confronted was arrested and charged for the murder in April 2019. After the death of Hussle, Tanisha became homeless since his family members kicked her out of the apartment where she was staying with her daughter Emani Asghedom. Also, her daughter’s custody went to Hussle’s family side.

Nipsey’s ex-girlfriend was born in the year 1986 in Los Angeles, California, the United States of America. She is the daughter of parents Brian foster and stepmother Norman Johnson. Further, her biological mother died when she was a kid. She grew up along with her half-sister named Ebony. Regarding her education, she completed her study at Westchester senior high school in 2002.

Tanisha was in a serious relationship with the rapper so they had produced a daughter Emani in 2011. However, their relationship didn’t last long, and separated. After the separation, Hussle was giving her and her daughter financial support as well as shelter which he used to give rent. Hussle later moved on and started dating actress Lauren London with whom he had a son in 2016. This relationship of his also lasted from 2013 to 2018. As we have mentioned earlier, Hussle was shot dead outside his shop in 2019.

After his death, Tanisha claimed that Nipsey’s family had kicked her out of the apartment where she was staying with her daughter. Also, she revealed that his parents would not allow her to meet her daughter as well. For the custody of Emani, she is doing to get the custody while on the other side Nipsey siblings have put up the file. In May 2021, a court gave the custody of Emani to Nipsey’s family. It is speculated that the custody went to the other side because of her arrest in 2006-2007 charged of driving under the influence.

It is unclear what she is doing as of March 2022 since she has been living a low-key life. Previously, she had depended on her late boyfriend for daily needs and shelter. Also, she had posted in 2021 that she is finding it hard to make living as she has to depend on others for her daily needs. Therefore, her net worth is under review, however, she previously might have above $100 thousand.

It seems that she has deactivated or removed her social media accounts.

She has a slim body that stands to an average body height of 5 feet 6 inches or 1.67 meters. No further information on her body weight or body measurements of chest or waist. She has brown hair color and dark brown eyes color.