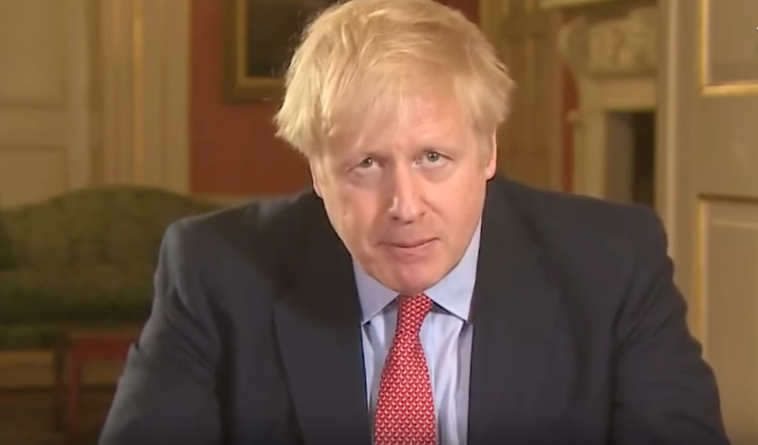 Earlier this week, Prince Charles, 71, has been tested positive for coronavirus after displaying mild symptoms is now at self-isolating at Balmoral confirmed by BBC news on 26 March 2020. Yet another news came out of coronavirus positive from the United Kingdom.

The British politician has been serving as a prime minister of the United Kingdom since the 2019 election. Furthermore, he is also a writer and former journalist born in New York City to upper-class English parents.

The UK Prime Minister, Boris Johnson, 55, said that he has tested positive for the coronavirus and still insisted to lead the country via video conference or any other possible medium.

He further announced that he is now in self-isolation after diagnosed with mild symptoms for the disease on Thursday around midnight.

Further, the PM announced suffering from coronavirus over 24 hours through his Twitter account on 27 March 2020. Chief Medical Officer Chris Whittyhas advised him to get checked after he developed a temperature and cough yesterday afternoon. Then he went under self-isolation and announced he will be continuing to lead the national response over video-conference. The PM will stay in his flat in No11 from where he had a meeting of the ‘war Cabinet’ this morning, further, aides will leave meals and work outside the door.

Over the last 24 hours I have developed mild symptoms and tested positive for coronavirus.

I am now self-isolating, but I will continue to lead the government’s response via video-conference as we fight this virus.

Together we will beat this. #StayHomeSaveLives pic.twitter.com/9Te6aFP0Ri

However, there was news worrying and concerning other senior ministers and officials might be infected. However, until now, there is no news of other government officials showing the symptoms that needed to test. Despite of the government’s own guidance of isolating after developing the household symptoms, no such senior figures are seeing to go under isolation.

Moreover, PM’s fiancee Carrie Symonds who is pregnant has thought to have been self-isolating in line with government advice. She was last seen in Downing Street over the weekend has left to protect herself. However the pregnant is likely to get an infection than the woman who is not pregnant. So, the pregnant Symonds now facing a big question of whether or not she infected by the virus. However, the government has refused to say about her whereabouts or her health.