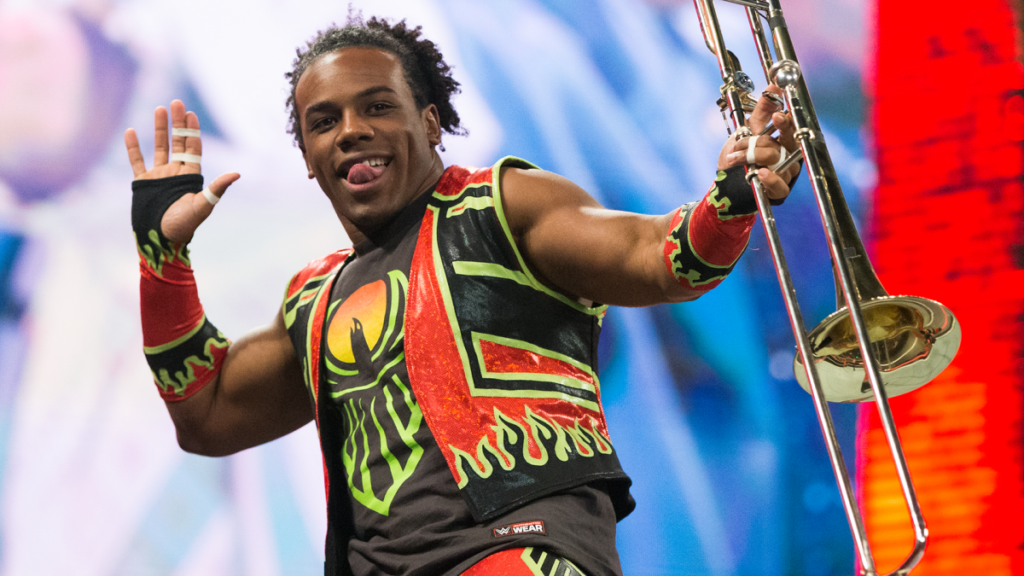 Xavier Woods is a wrestler for the World Wrestling Entertainment(WWE) and is best known for his tag team abilities. Woods is part of a trio “The Day” with his teammates being Big E and Kofi Kingston. Alongside his partners, Xavier has been able to win two RAW Tag Team Championships and two SmackDown Tag Team Championships.

Woods for many years has been the heart of WWE. He is regarded as one of the finest in the history of WWE Tag Team. Let us now get to know a bit more about this fine athlete, shall we?

Austin Watson was born on the 4th of September, 1986, in Columbus Georgia. Throughout his career, Austin has gone on to use various names like Consequences Creed, Xavier Woods, and Rasheed Lucious Creed for the ring. The pro-wrestler is of African-American ethnicity and is American by nationality.

Now looking at his academics, he went to the Sprayberry High School in his hometown. Unlike most wrestlers, Xavier keeps education in very high regard. He has gone on to earn two college degrees. He has a bachelor’s and a master’s degree from the Furman University in Greenville. Moreover, he also has a Ph.D. in educational psychology from the online institution Capella University.

Austin came into the world of wrestling at a very young age. He then went on to make his professional wrestling debut after graduating from his high school. He first joined NWA Anarchy and created an alias for himself, “Austin Creed”. Watson spent two years with NWA Anarchy and moved on to TNA, and again with a new name, “Consequences Creed”. Whilst in TNA, he teamed up with R.Truth and the two were known as Truth and Consequences. In 2010, Austin was released from the franchise and he joined the New Japan Pro Wrestling.

Watson, however, signed with WWE  in the same year and adopted a new name, Xavier Woods. Next, alongside Kofi Kingston and Big E, he came up with a team, “The New Day” in 2014. Slowly but surely, the trio was a fan favorite and was conquering WWE. Now only is Woods working as a wrestler but he has also been a YouTuber with a gaming channel. He has over 1 million subscribers on the channel and is quite popular with the fans.

Now coming to the personal aspects of Woods life, he is married to Jess Watson. The two have been together since October 2015 and are still going strong. Things were going pretty well for the couple until 2017 when photos and videos involving Woods and WWE superstar Paige came out online. The video was of the two of them having sex with Brad Maddox capturing the moment.

This probably was a massive blow to his relationship with Jess. The leaked video caused Paige to become suicidal and hospitalized after she suffered from stress-induced anorexia. In more recent months, reports came out suggesting that Jess was pregnant with Woods being the father. So we will just have to wait to find more on this regard.

Woods has been a part of the WWE community for a long time now. Despite his off-ring issues, he is definitely one of the best wrestlers in the history of the sport. With all that he has been able to accomplish, he has also made massive money. As per reports, Austin has a net worth of $5 million. He is currently living a life full of luxury with his wife in Georgia.

ITS ABOUT TO GO DOWN! @microsoft @xbox

Watson is also pretty active on social media platforms. He likes to share some aspects of his personal and professional life with his fans. You can find him on Instagram where he goes by the handle @xavierwoodphd and has over 1.2 million followers.