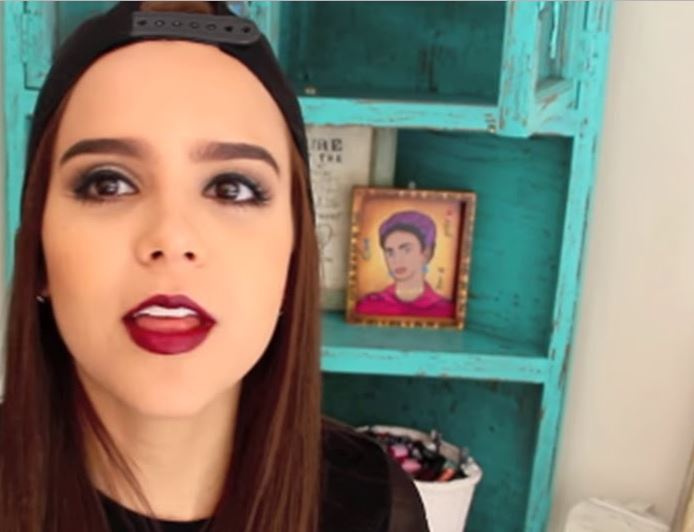 Yuya is a Mexican beauty mogul, a vlogger and a Youtuber who is also the owner of one of the most subscribed channels on Youtube. Her real name is Mariand Castrejón Castañeda and is mostly known from her pseudonym which she created for Youtubing.

She originally started her makeup channel on Youtube after winning a YouTube make-up contest when she just was 16 years old. This led to her career as a Youtuber garnering billions of views on her channel. Let’s get to know her life with a closer view meanwhile you can check out the article on Jenna Marbles here.

Yuya was born on March 13, 1993, in Cuernavaca, Mexico as Mariand Castrejón Castañeda which makes her nationality a Mexican. She was named after the Mexican TV character Yuya, la Gorda by her uncle. She also has a brother named Sergio who has his own Youtube channel. There is not much information available for her educational background but she started her Youtube career quite young.

At the age of 16, she won a Youtube make up contest after which she was inspired to start her own Youtube channel which she finally did in the year 2009. Yuya started posting makeup videos and tutorials on her channel while also starting a separate vlog channel covering her day to day life. By the year 2016, she became successful to become one of seven female YouTube creators to join the United Nations’ Sustainable Development Action Campaign.

Apart from that, she was also featured on Vogue Magazine while also being featured in some Mexican television shows. Likewise, the Mexican Youtuber is also an author of her two written books named, Los secretos de Yuya (2015) and Las confesiones de Yuya (2016). In the year of 2015, Yuya also released her perfume #True. Followed by a makeup collection launched in the year 2017.

The Mexican beauty guru has it all when it comes to her professional life but let’s find out about her personal life. So if you are curious to know if she is dating anyone in real life then you guessed it right. She is in a relationship with boyfriend  Beto Pasillas for a long time now. Beto is an internet personality and is also from Mexico.

You can often see her boyfriend in her vlogs and also in her social media profiles. Together they own a dog named Conchita.

In a short career span, this beauty vlogger has garnered a good number of accolades and not to mention the money she makes is also a bonus point. From 20+ million subscribers on her Youtube channel, Yuya makes an income of around $41,000 per month. Similarly, she has a net worth estimation of around $1.9m. She also was listed on Business Insider’s countdown of the 19 most popular YouTube stars in the world.