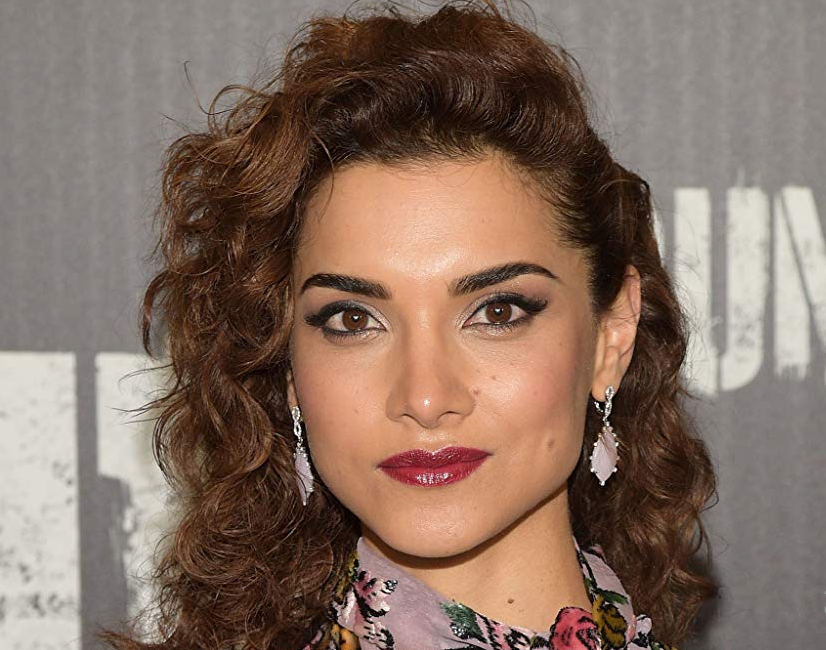 Amber Rose Revah is an English actress, best known for the role of Saddam Hussein’s daughter in the series ‘House of Saddam’. Also, many people recognize for her lead role in Netflix’s series ‘The Punisher’. Moreover, Rose has successfully maintained her name between the pretty face in the industry.

Furthermore, the actress started her career at the age of 17, during her time at Brunel University. During that time, she joined the RADA group where she got an agent. Additionally, she first met her future fiance, fellow co-star, Neet Mohan, on the sets of 2011 British drama ‘Everywhere and Nowhere’.

The beautiful actress was born on 24 June 1986, in London, England. She was born to the Kenyan-Indian father and mother having roots of Polish Jewish descent. Other than this there is not any more information on her parents. In addition, her maternal grandparents were forced to leave from KraKów during world war II, after which they immigrate to the USA. After they launched their small shipping business for their livelihood.

Furthermore, the actress has two siblings who are doing great in their respective fields. Her sister works at Great Ormond Street Hospital in London and her brother is a ski instructor in Switzerland. Regarding her education, she attended Brunel University after graduating from high school. There she pursued study on Contemporary Performance.

As stated earlier, from the young age of 17, she began her acting career through the agent while joining the group RADA. Since then, she has worked in several movies and films. However, she debuted in a screen with the historical drama film, in a minor role of begum in ‘The World Unseen’ in 2007. Following that, she appeared as a daughter of character Hala Hussein, daughter of Saddam, in the miniseries ‘House of Saddam’.

In 2011, she appeared in 3 episodes of ‘Borgia’ as Juan’s lover Maacah bat Talmai, where Lorenzo Richelmy also appeared in a guest role of ‘Sidonius Grimani’. She has appeared in a guest role in several series and drama like ‘What Remains’, ‘Foyle’s War’, ‘Midsomer Murders’, and ‘Emerald’. But many people recognize her as ‘Leena Prasad’ from the miniseries ‘Indian Summers’. In the American Netflix web television series ‘The Punisher’ that aired from November 2017-January 2019, Revah featured in the main role of ‘Dinah Madani’. She portrayed the character of an Irani-American U.S. department of homeland security, a special agent worked in Afganistan.

Coming over to her personal life, probability of her being in a relationship is high at the moment. However, there is not accurate information on her being in engaged with the fellow actor Neet Mohan. Some sources identify Rose as single while other sources say she was engaged to the actor Neet. Further, Revah herself has not confirmed by herself but she is romantically linked with him for a quiet few years now.

Nevertheless, she was rumored to have a relationship with The Punisher co-star, Ben Barnes. Since rumor began to circulate because of their friendliness and closeness during the shoot of series.

Talking about her net worth, she has made a quite considerable amount from her acting career. Therefore, her net worth has an estimation of around $1.5 million. She has also seen working in a few films that have cashed well at the box office including ‘From Paris With Love’ and ‘So of God’.

The beautiful actress has an average height of 5 feet 5 inches or 1.65 meters and weighs around 53 kg. Her slim body has a measurement of 31-23-32 inches and has dark brown hair and eye color.