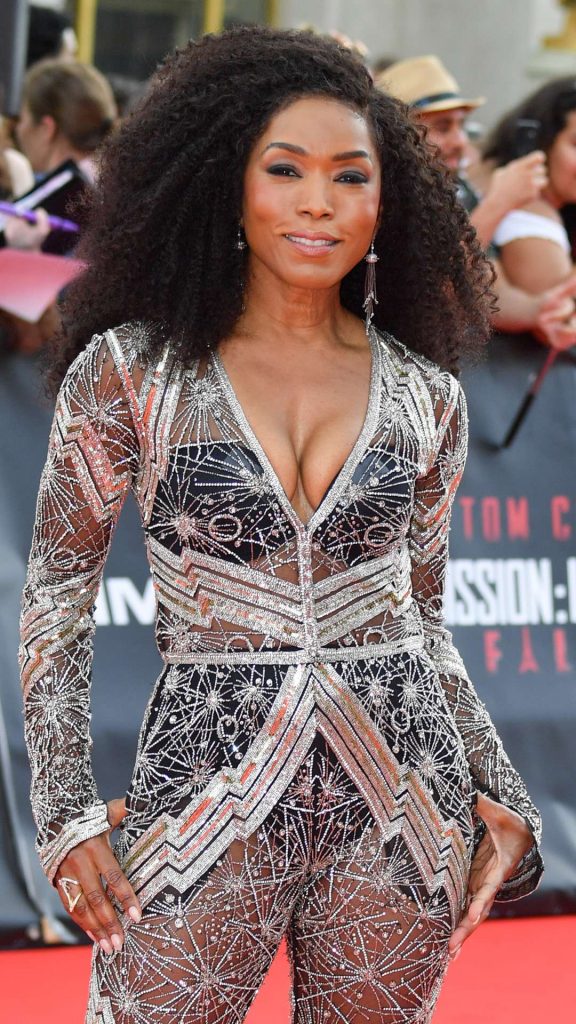 Angela Bassett is an American actress, famous for her roles in biopic productions like ‘The Rosa Parks Story’ and ‘What’s Love Got to Do with It’. During her career she has worked on a large variety of projects, making her career an illustrious one, spanning over three decades. She did perform in various dance groups as a child, but later Angela discovered her love for acting when she was on a field trip to Washington D.C. in her 11th grade. On the trip she saw the actor James Earl Jones perform in a Kennedy Center production of the play ‘Of Mice and Men’, and this inspired her.

Before starting out as an actor, she briefly served as a receptionist at a beauty salon. She even spent some time working as a photo researcher at ‘U.S. News and World Report’ magazine. Later, she proved her talents in acting when she joined a local theatre. There she went on to feature a number of movies and TV shows. Let us now get to know more about Angela Bassett.

Hey Everybody you good? Who can you trust? Check out my new character poster for #MissionImpossible Fallout!

Angela Evelyn Bassett was born on August 16, 1958. The New York-born actress was born to Jane who was a nurse and Daniel Benjamin Bassett, an electrician. When Bassett was only 10 months old, her mother got pregnant again and her parents had to send her to Winston-Salem. There Angela lived with her father’s sister, Aunt Golden. Her parents then separated not so long after, and Jane took her and her sister D’nette to Florida to live with her grandparents.

As a child, Angela used to go to the church on Sundays and was part of the youth choir. She had a strong love for music and used to listen to popular Motown hits on her radio. Her mother realizing her potential would often make her and her sibling perform the songs. Later, a neighborhood friend helped them form a dance group.

Angela’s mother slacked off in high school and wanted her children to do better. So, she was extremely cautious about their well-being. She attended Boca Ciega High School and then became a member of the Upward Bound program. She was a talented child who participated in several events including the debate team, dramas, and choirs. Later she received her Bachelor’s on African-American studies from Yale University and earned her Master of Fine Arts in 1983 from the Yale School of Drama.

Bassett studied under the renowned stage director Lloyd Richards and started her career under his supervision. She appeared in plays by August Wilson at the Yale Repertory Theatre and was featured in J.E. Franklin’s ‘Black Girl’ at Second Stage Theatre.

Bassett wanting to make it in the industry switched to films and TV. However, she was cast mostly in ‘stereotypical African-American women’ roles. In 1991, she landed her first major role when she was cast in ‘Boyz N the Hood’. Actor Laurence Fishburne, who also played for that movie, was a friend of Angela’s and had recommended her for the role.

In 1992, Angela landed herself a role on a mini-series, ‘The Jacksons: An American Dream’. She was a big fan of ‘Jackson 5’ and was offered the role of Katherine Jackson. However, her first breakthrough role came in 1993 when she played Tina Turner in the biopic, ‘What’s Love Got to Do with It’. She also played the protagonist in the film ‘The Rosa Park Story’ and has acted in movies like ‘His Girl Friday’ and the critically acclaimed movie ‘Akeelah and the Bee’.

Angela met the actor Courtney B. Vance when she was studying at Yale. The couple got married in 1997. They went through 7 years of failed fertility treatments before finally giving birth to twins Bronwyn Golden and Slater Josiah via a surrogate mother. Currently, the family is leading a happy life in Los Angeles, California.

Hey Everybody, you good? I can't wait to watch @HillaryClinton accept the nomination at the @DemConvention. Text BASSETT to 47246 to see what I'll be doing in Philly!

Angela being a black woman is very active in her political roles and did participate in Obama’s reelection campaign in 2012. She also made her support clear for Hillary in the 2016 election.

Bassett received a Star on the Hollywood Walk of Fame in Hollywood, California on 20 March 2008. Then she was initiated as an honorary member of Delta Sigma Theta sorority on 13 July 2013. Angela, who is also a philanthropist is a dynamic supporter of the philanthropy Royal Theater’s Boys and Girls Club. For this work, she was named a UNICEF representative in 2003. She has been a successful lady and her career path has paid her well. Her net worth is estimated to be around $20 million.

Bassett is also active on social media and has over 442k followers on Twitter and 1.5 million followers on Instagram.