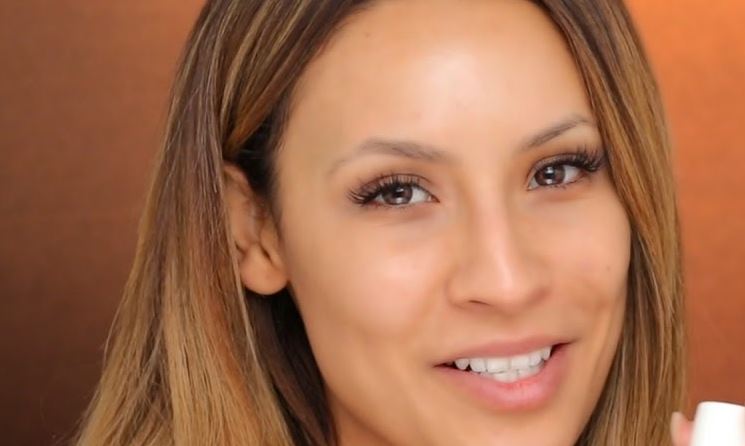 Desi Perkins is a popular make-up artist, Instagram star, and a vlogger. People mainly know her for the lifestyle and beauty content on her vlogging channels. Perkins is also a makeup artist and a beauty guru who is famous for her makeup skills and tutorials that her fans and followers love.

Perkins, age, 31 usually gives tutorials of makeup patterns of some of the famous celebrities by making videos and posting them on her social media handles. Let’s find out in detail about this Youtuber’s career and personal life as well. Find out Lana Rose’s net worth here.

Desi Perkins was born on March 3, 1987, in California which makes her nationality an American. Perkins belongs to a Spanish and Mexican ethnicity. She grew up along with her three brothers. There is not much information on her parents and her educational background so far. As she was always interested in makeup and wanted to be a makeup artist she started out as a freelancer.

Eventually, she started posting videos as she wanted to give tips and tricks of the makeup ideas to people. She started out in the year 2013 by posting her first ever make-up video which was a beauty tutorial, titled “Soft Warm Sultry Eye Tutorial”. Her videos became a success and she started posting more of them. The success followed her to social media channels as well, in addition, she started posting videos on her Instagram profile. Her videos are proven quite helpful to manage the everyday makeup routine to women across the world while also creating some of the best looks effortlessly. Usually her husband, Steven Perkins helps her in shooting and editing her videos. She currently has 3 million subscribers on her Youtube channel.

Desi Perkins is currently married to her husband Steven Perkins who is also seen on some of her Youtube videos. He is actually the man behind her videos as he often helps her record and edits the videos recorded. Her husband is actually a graphic designer whom she married in the year 2012.

The couple works together and creates the videos that go to Desi Perkin’s channels. Despite being married to one another for six years, the couple doesn’t have any child to date. They once did a video together where Steven also made an appearance, it was titled, ‘Husband Does My Makeup’.

Desi Perkins is some personality to look forward to as she was also on the 15 Top Instagram Influencers You Should Follow’s list by Forbes Magazine. Perkins definitely makes a good money from her career as a Youtuber and as an Instagram beauty Guru. Though her exact salary and income are not available, she has a net worth estimation of $0.8 million.

Perkins is also active on social media sites like Instagram where she has around 3.7m followers. Her followers generally love her videos and content which are quite innovative in comparison to many other beauty vloggers. In addition, she also provides tutorials to create some really challenging looks.