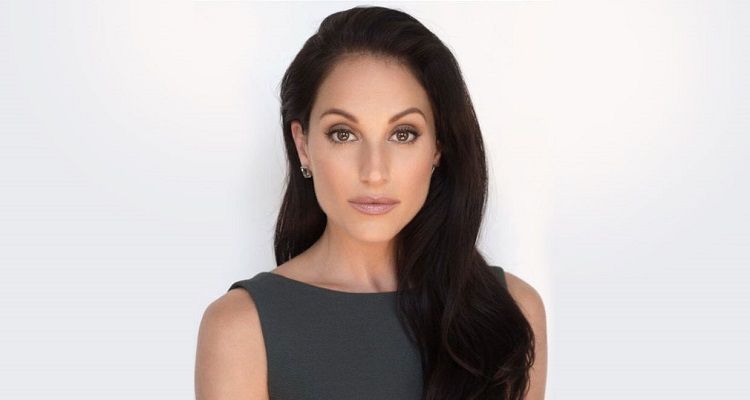 Emily Compagno is an American legal executive and sports business analyst. Besides that, she is also a former cheerleader for Oakland Raiders. Many people recognize her from talk shows like ‘Fox & Friends First’ and ‘Fox & Friends’ as a news reporter. The reporter is currently residing in Seattle, Washington, as well as San Francisco, California.

According to Fox News In addition to that, she recently has visited the Fort Dix Training Centre to know how the military dogs are trained and become fake bait for one of the dogs. However, the reporter has made a prominent place in the industry through her hardworking and dedication. To know further, let us scroll to know more details on her career beginnings and personal life too. 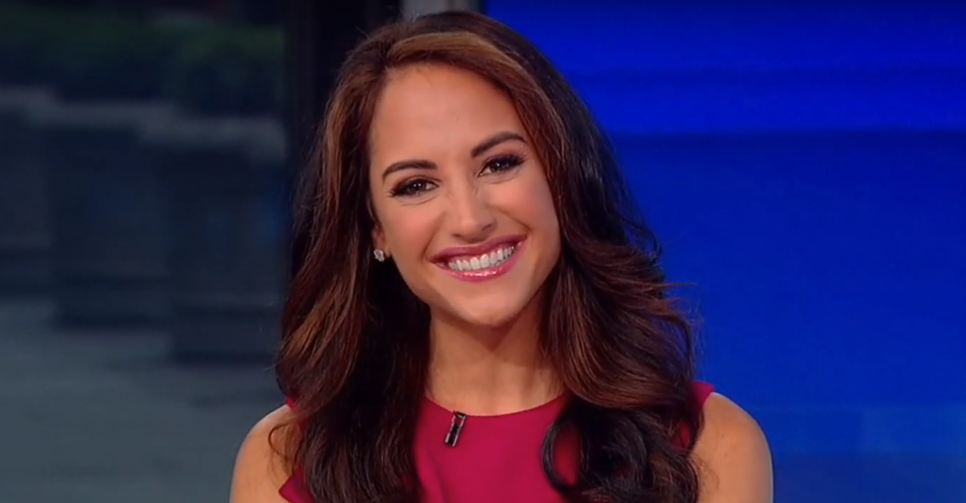 Emily Compagno grew up as a native of El Cerrito, California but she was born on 9 November 1979 in Oak Knoll, California. Her father, John Compagno is of Italian descent whereas mother Katherine, a German descent. Emily has two sisters: Natalie Compagno and Julietta Compagno Skoog. Emily Compagno has an Italian ethnic background. Her last name has been derived from the Italian word which describes a friendly person or generosity towards others.

Compagno completed her undergraduate education at the University of Washington on political science. Later, she graduated from the University of San Francisco school of law in 2006. From there she received honors with Juris Doctor degree (J.D). She interned in a township in South Africa when in law school.  She even volunteered with orphans in Uganda, Malawi, and Zambia in 2008.

Compagno has worked on different fields related to the attorney and media. Emily is a multi-tasker as she once worked as a criminal defense legal executive and also as a captain of the Oakland Raider’s cheerleading squad, the Raiderettes. She was selected by National Football League which is a professional American football league. NFL has selected her as an ambassador to promote the NFL brand in Beijing and Shanghai. Her cheerleading career was really in the path of progress as she was one of five NFL cheerleaders selected to visit U.S. troops with the USO stationed in Iraq and Kuwait.

In the past, Compagno has already worked as a Senior Judge Judicial Extern for the john T. Noonan at u.s. court of appeals for the ninth circuit. Then, She worked as the federal managing attorney and Acting Director at the social security administration. Compagno was also able to have also held legal positions in cities like Cape Town, South Africa, and Rio de Janeiro, Brazil. Compagno also worked as a reporter at Fox News on Fox & Friends and Fox & Friends First in New York City.

She was an NFL cheerleader for several years while simultaneously practicing law. In April 2007, she joined the Oakland Raiderettes, the cheerleading squad for the Oakland Raiders. She was eventually promoted to be the squad’s captain. She held additional honors of visiting the troops throughout Iraq and Kuwait as part of a performing NFL military tour and serving as one of four NFL cheerleaders selected to represent the NFL during the launch of NFL China in Beijing and Shanghai.

The 40-year-old Emily is happily married to her anonymous husband. The marriage took place on 14 September 2017. Their marriage ceremony held in Italy, attended by their close ones and family.

Since a young age, the former cheerleader was fond of auto racing. Therefore, she got the chance to drive a race car during an episode of Fox News.

The multi-talented Compagno has a successful career as well as prosperous wealth who definitely living a perfect lifestyle. Emily is one of the hardworking and passionate ladies who tend to excel in her work life. She initiated working with a base salary of around $70k US dollars per annum. As of now, her net worth has an estimation of around $2 million US dollars.

The successful sports analyst who remains on-camera also shares pictures of her daily lifestyle and work through different social media profiles. On Instagram, she has an account @realemilycompagno with 64.2k followers. She also has a Twitter account @EmilyCompagno with 81.8k followers.

Being a former cheerleader captain, Emily Compagno definitely is a beautiful lady with charming facial features and tempting body features. She stands 1.67 meters tall with an inverted triangle body type. Her body measurement is 34-23.5-34 inches. The color of her eyes and hair is dark brown.