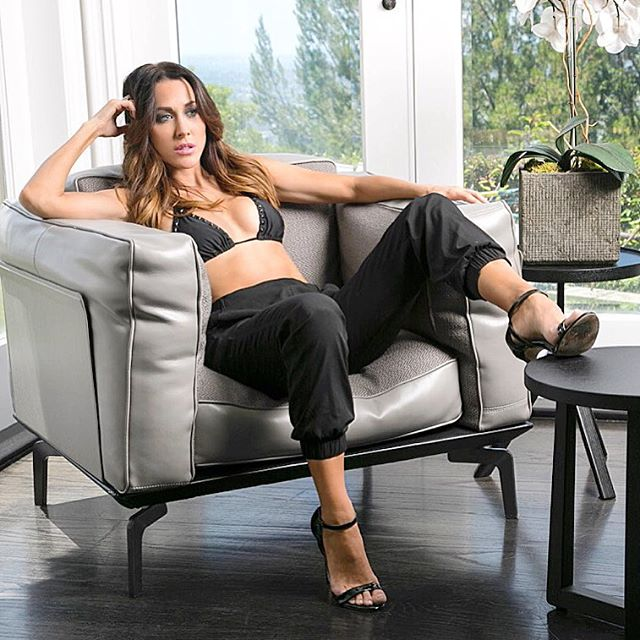 If you are interested in the National Football League (NFL), then you must have known the glamorous Sportscaster, Erin Coscarelli. Yes, she is that charismatic sportscaster who hosts the shows ‘NFL HQ’. She has also hosted the shows like weekday morning show, NFL AM, and Fantasy and Friends from 2017.

The sportscaster has also been part of the Fox Sports, NBC Sports Network, and Pac-12 Network. Moreover, she was also a member of KSCR-AM and Annenberg TV News. Like Lindsay Rhodes, she also works for NFL and can be seen together at times. Let us discuss more topics of the gorgeous lady in details.

Coscarelli was born on 8th May but the exact year is not open to media. She was born in Los Angeles, CA, United States of America and belongs to white ethnicity. She was raised in Southern California along with her siblings. Most of the information on her parents and siblings are not available.

From early days, Coscarelli was interested to speak in front of mass and also into sports especially football. To achieve her dream in the field of reporting, she has attended the University of Southern California. There, she had graduated in Communications and Journalism. Additionally, she has also got an opportunity to intern in LA-based Fox Sports Net and MTV News during her college period.

When life hands you lemons, sometimes you don't want to make lemonade. Sometimes you wish you could just go back to simpler times. When monkey bars and eating vegetables were your biggest challenges in life. #whytherush #ifIOnlyhadaTimeMachine #dontwant2growup

As far as her career is concerned, she began her career as an intern. Right after graduating, she joined ESPN and NBC Sports as a reporter. During her time in ESPN, she was responsible for the coverage of Summer X games and world series of poker. After that in 2011, she worked with Fox Sports as an anchor of the daily show of sports news. Here, she worked for 11 months and left to join Pac 12 Network for the 5-month stint as a sideline reporter of college football game.

From 2013-2014, she got into Comcast Sportsnet Bay Area where she became an anchor and reporter. Erin finally was able to get the biggest break of her career. She began to work with NFL Network as a host of new morning show NFL AM with Rhett Lewis. She is currently working on NFL Network and yet not planning to leave the network.

A fellow Italiana who has a deep love for her mom and dad. @ladygaga, thank you for sharing your story and your grace with us during our @nflnetwork interview. You were so down to earth. Much luck to you on Sunday #sb51

As far as her personal life is concerned, most of the information is not available to the media. But thanks to social media platforms, we have come to know that she is in the relationship with Jonathan Chironna. Jonathan is a model, actor, and Entrepreneur. Recently in the summer of 2018, she married her Long-term boyfriend in a private ceremony. The couple got married in the presence of their close friends and family.

Erin is doing her best in reporting but she has been active in charitable causes. She is involved in the Young Professionals Council of Children’s Hospital. It is a non-profit organization which provides 100,000 children with pediatric health care and is based in Los Angeles.

Coscarelli is one of the best anchors of the NFL Network till date. She is the current anchor/reporter for the NFL who has garnered a lot of experience throughout her career. Talking about her net worth, he has collected a good amount from her career. According to reliable sources, her net worth is estimated to be around $2.6 million. But, her salary still remains a mystery to the media.

The talented anchor has been prioritizing fitness and her body and never misses a day at the gym. She is active in social media platforms like Facebook having more than 18.5k. She has 50.3k followers on Twitter and an astounding 91K followers on Instagram.