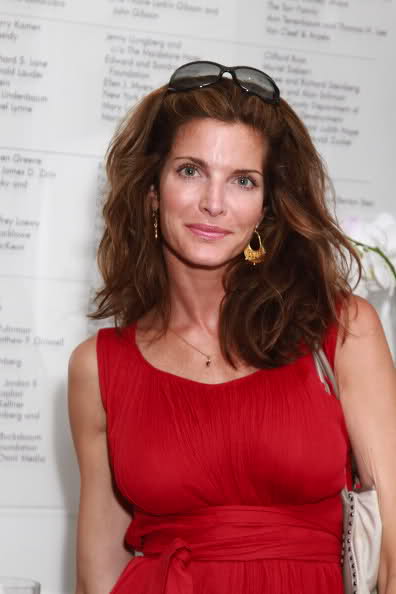 Erin Everly is a renowned name in the modeling world during the ’80s and ’90s. Also, she is an American actress who comes from the artistic family. She has also worked with the modeling agency “Wilhelmina agency”. In addition, Ashley Graham and Scarlett Leithold has also worked for a while just like Erin.

Moreover, you must have known her because she is popular for being the ex-wife of artist Axl Rose. Due to her troubled marriage which was covered by the news. Thus, she blamed her husband of emotional, physical, and sexual abuse after their separation. Let us scroll down to know to know more in details.

The beautiful model/actress was born on 8 November 1965, in Los Angeles, the USA. She grew up along with her siblings. They are two sisters: Stacy gets into musician and Edan is an actress. Around 1970, her parents got divorced due to her father’s involvement with drugs.

She belongs to the family who were active in the entertainment world. Her father, Don Everly was a member of ‘Everly Brothers’ and her mother Venetia Stevenson was former actress and then cloth designer. Her parental grandparents were musicians. Whereas, her maternal grandfather was a director and grandmother, an actress.

As growing up, she has suffered from dyslexia. So, it was hard to study in her childhood days. However, she has completed her high school education. Later on, she completed her college education along with her siblings in Buckley school in Los Angeles. Due to financial problem, they were transferred to public school.

Erin moved to New York in the year 1982 to pursue her dream in modeling world. She was just 16 years when she started her career in modeling. Everly began her career with commercials and ads. Through out her career, she has appeared in music videos. Also promoted the brands like Guess, Babe, and many more. She had signed with a model agency “Wilhelmina Models Agency” in 1992 and worked for a while.

Although Erin had an impressive career However her personal life was totally in mess. She had two failed marriage and relationships. Although no information on her current affairs, she has dated a lot previously. Therefore, she was in limelight for her first marriage with artist Axl Rose. The couple began their love story in 1986 and tied a knot in 1990. But after ten months of their marriage, their relationship falls apart. She has stated that her husband is a maniac who has abused her physically, emotionally, and sexually. He even had removed all the doors of his house so he can monitor her.

Shortly after her divorce in 1991, she has dated a lot which were also failed. Her relationships includes with Mathew Nelson, Donovan Leitch, Anthony Kiedis, and David Arquette. Finally in 1997, love again bloomed for her and remarried to John C. Portman. He was a Chairman of Portman Holdings ans also associates in Atlanta Georgia. She has three children with john But her second marriage to John also ended in 2006. However, the information on separation is not known.

After her marriage and relationships failure, she prefers to stay away from the limelight. However, Erin has given her best while she was in limelight. Also, she has collected an impressive amount from her career. Although her net worth is not disclosed, her net worth can be calculated to be over a million dollars. Therefore, her current work affairs’ information is also not to be found. Whether she is working or not. Even her divorce settlements amount are not opened publically.

Erin Everly: Description of the Body

As a former model and talented actress, she has a slender and slim body. Moreover, her current body measurement’s information is not available anywhere. However, she has curly hair with brown color and beautiful blue eyes. Erin stands to a height of 1.68 meters.